Nothing else quite unites people like eating organic food as we all walk around wearing yoga pants and listening to some guy play acoustic matchbox 20. 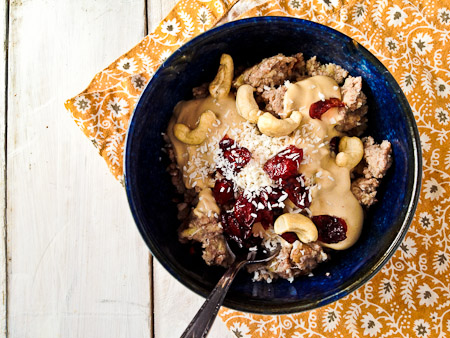 So yeah, this weekend my boyfriend and I ventured to our farmers market (in a subaru, because it’s fitting to take a subaru to a farmers market).  I’d like to say we were going for carrots, or potatoes, or cabbage, or broccoli or cold-pressed juices…but this weekend, our outing was all about the vegan cinnamon rolls from Sinfull Bakery. 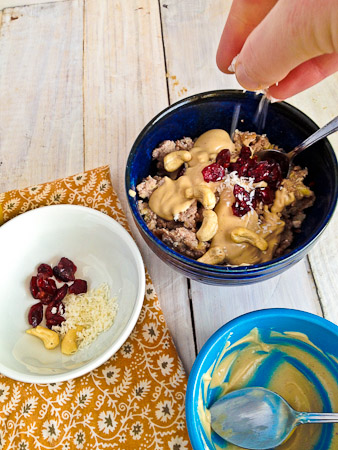 After I convinced my boyfriend that these were in fact normal cinnamon rolls and not some weird-healthy-cinnamon-roll-wannabe-type-of-thing, we got the the farmers market and bought two…mainly because we’re not good at sharing.  In that moment, I had everything I could ever want.  Or so I thought, but theeennnnn I saw a guy making something green in a vitamix.  And since we all know that only wonderful things happen in vitamixes…I stopped to find out what they were.

The lady at the booth kept trying to convince me to buy one but I was already like totally sold.

And she was like, “Just try a sample, you’ll love it.”

Anyways, I got the smoothie. Went and sat down next to my boyfriend who was by this time halfway through his cinnamon roll which he was taking bites out of.   WHAT!? Who takes bites out of a cinnamon roll?  How you gonna completely ignoring the delicate, beautiful layers.  You have to unwrap each layer, slowly revealing the raisins and pecans and then at the end you reach the doughy, sent-from-heaven center.  That’s just how it works, I thought everyone knew that. 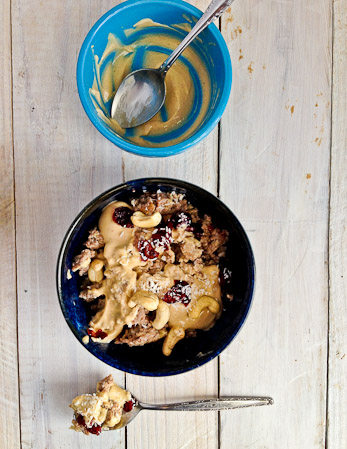 By the time I was halfway done savoring my cinnamon roll, he was done with his.  So he went to go buy a quiche to eat later on in the week.  While he was gone, I was left sitting there.  Alone.  With one empty cinnamon roll container and halfway through the other one.  People kept walking by looking concerned for me.  In my head I was like, “No, I didn’t just eat two cinnamon rolls.”  But you start to feel a teensy bit self conscious when a little boy with a handful of radishes walks by and is looking at his mom like, “Mom, should we give her a radish.” 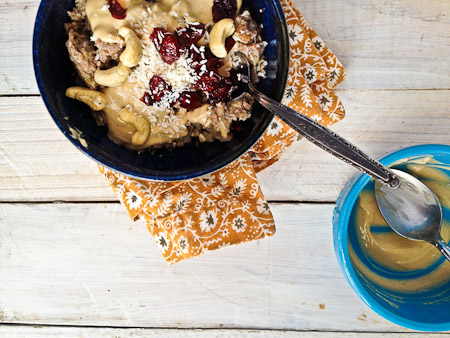 Anyways, the boyfriend finally got back (thankgoodnes) and I was able to take a break from entertaining the concerned looks.  But then, I realized he had no quiche.  Instead, he has two kobe beef sliders.  What? What happened to the quiche? I still actually don’t know, all I know is I was stuffed.  And then I ate the slider. 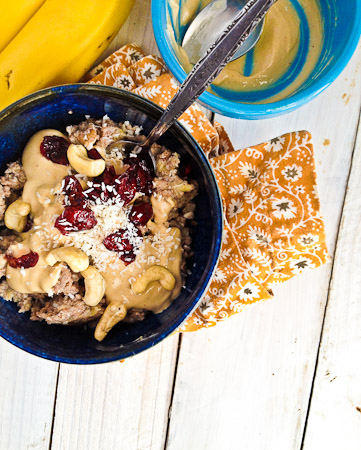 Do you ever eat too much before you fall asleep and then have that dream where your pregnant.  No?

Well it’s horrifying.  And this weekend it happened to me.

But the good news is, I think I’m getting a better understanding for why people wear yoga pants to farmers markets. 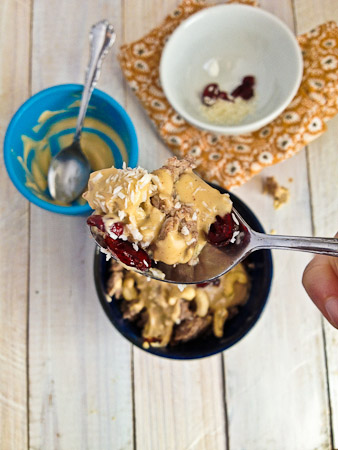 So in an effort to have something a little less sugary for breakfast, I made this breakfast scramble which was something different and delicious.  A nice change from my usual breakfast rotation of oatmeal, smoothies, cookie dough or the occasional farmers market cinnamon roll.

In a bowl, whisk together mashed banana, eggs, cinnamon, vanilla and honey.  Heat a nonstick skillet over medium heat and pour in batter.  Cook batter just like you would scrambled eggs, scraping the bottom of the skillet with a spatula as the batter cooks.  Once the eggy mixture begins to cook, turn the heat to medium-low.  Continue cooking and scraping until the eggs are no longer raw.  Scoop the breakfast scramble into a bowl and top with peanut butter icing, cashews, dried cranberries, and shredded coconut.  Eat hot! 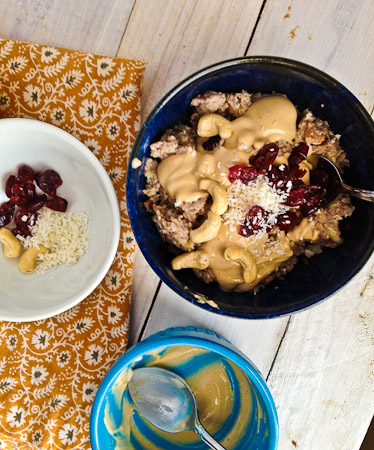 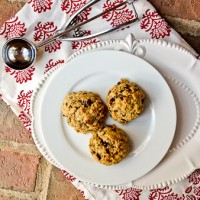 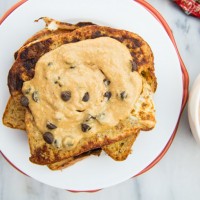 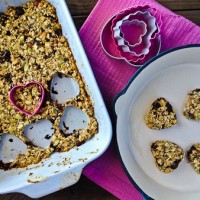 Heart Shaped Protein Cookies for that person you oohheemmggg LOVE. 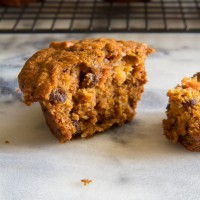