Just when I’m moving back to Houston, this happens. 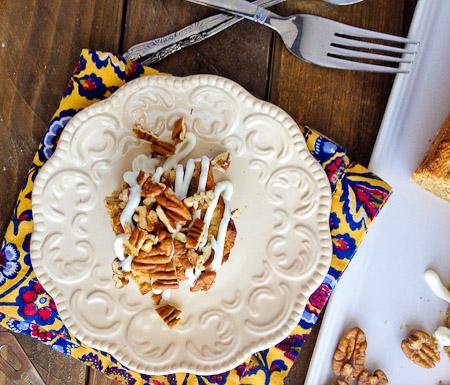 Come on, man! If you now hate me because you came here for food and I link to a picture of that…sorry. But then there is this. Which is definitely one of the most ridiculous things I’ve ever heard. I’ll blame my strange picture posting on my lack of rational thought because i’m low on sleep because of finals. This lack of sleep also caused me to lick a hot skillet when I was making breakfast tacos before 6am a couple days ago. There was some egg-arugula-deliciousness in the skillet so I couldn’t just leave it there. It was kinda like one of those moments when you grab a curling iron to see if it’s hot. Really not smart. And ouch. 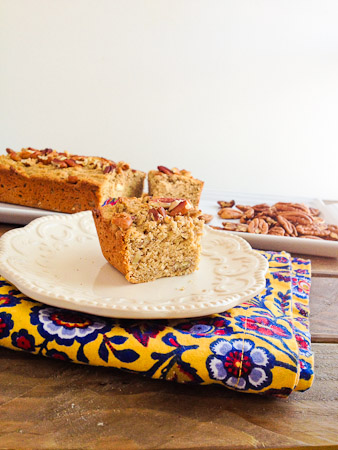 I need some sleep. Or maybe just this cute pillows. Actually I want the entire alphabet…how fun would that be? I wonder if you can fill out a wedding registry on Fab.com. Because seriously every single email they send me is filled with cute, wonderful things to distract me from actual important life stuff.

Stuff like finding random restaurants I want to go to in cities that I have never been to and don’t have any plans on going to in the near future. There is actually a list on my phone with a list of restaurants from random cities around the U.S. that I want to go to. Here are the current contenders on the Restaurants-i-have-to-go-to List…Fort Collins, Seattle, and New York. Oh…and I want to eat everything on this menu. And then this place in Houston. 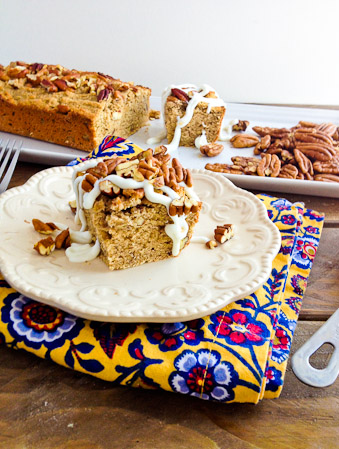 I love me some greek yogurt. Especially the beautiful greek yogurt from the beautiful people at Chobani who are just the sweetest people ever. Since they’ve been showing me so much love lately, I wanted to make a recipe with some creamy Chobani goodness. So behold…Cinnamon Pecan Snack Cake with Chobani Drizzle. 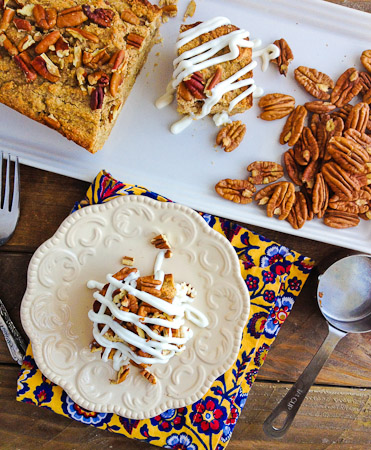 This cake is slightly denser than a light, fluffy cake you would make from a box cake mix but it is still delicious in it’s own way. Not in an only-a-mother-could-love-it kind of way but in a I-would-totally-eat-another-slice kind of way. 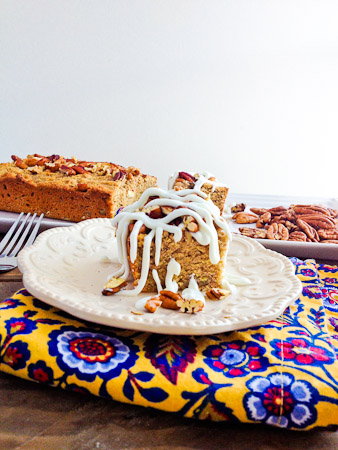 Preheat oven to 350F. In a bowl, combine oat flour, sweet rice flour, coconut flour, sugar, cinnamon, salt, baking powder and 1/3 cup chopped pecans. In a separate bowl, combine eggs, almond milk, coconut oil, applesauce, greek yogurt, and vanilla. Pour wet ingredients into dry ingredients and mix everything together until smooth. Spray a loaf pan (yes, like the little pan you would make a loaf of bread in) with non-stick cooking spray and sprinkle with oat flour. Scoop in cake batter and smooth the top down. Sprinkle the remaining chopped pecans over the top and gently press them into the batter. Bake for 30 minutes. Allow to cool in pan for 15 minutes before removing from pan and allowing cake to cool completely before icing.

For the icing, combine greek yogurt and honey in a bowl. Scoop greek yogurt into a small ziploc bag and snip off the corner. Pipe icing over cake and sprinkle with additional chopped pecans. 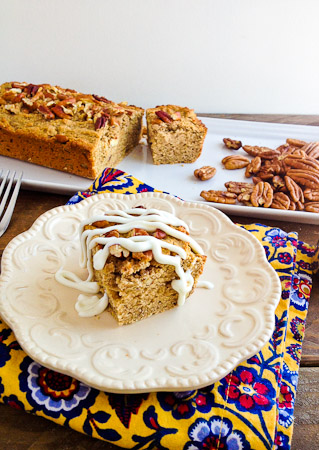 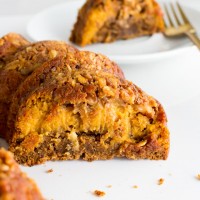 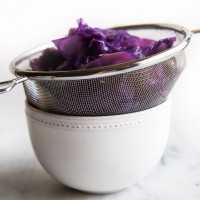 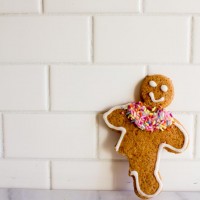