The one part of coffee that I am completely taken with is the biscotti part. 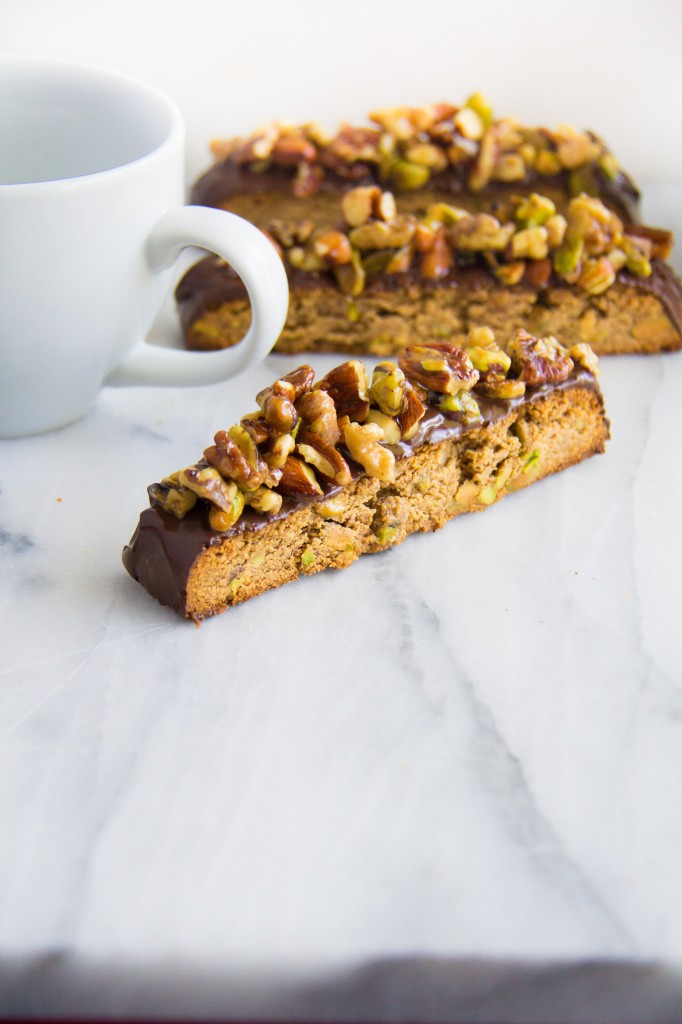 There’s always that moment after a well put together dinner party when some says, “would anyone like a cup of coffee?” And I wanna say “ooo yes ME!  I do I do I do!”  But then I remember that I don’t really like hot coffee unless it’s decaf and filled with as much milk as coffee.  Or frozen in ice cream form.  I’ll drink a latte or iced coffee on occasion (and I’ll feel all grown up and put together while I do), but honestly every time I walk into a coffee shop I feel like a complete fraud and it’s like I’m asking the barista a question with my order.  Like, “can I get a iced latte? Is that a thing?  Can y’all make that?”

I would like to read this book.  And then throw a dinner party with ease.  I’d even break out the two coffee makers we own but have yet to use.  They were wedding gifts and I forgot to return one of them so they sit in a lonely closet.  Coffee-less. 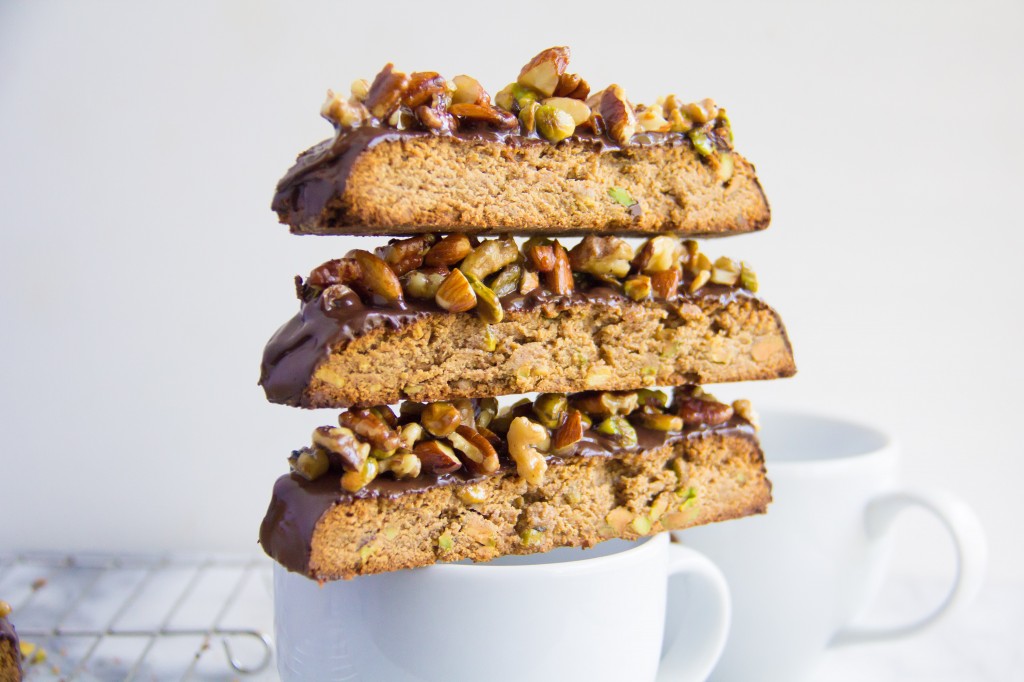 I seriously need a friend in my life that is always up for frozen yogurt.  I’ve talked about this before.  The husband isn’t cutting it.  His frozen yogurt enthusiasm just isn’t there.  I spend a good majority of my time trying to convince him that we need to go get yogurt.  He took me yesterday night.  I promised I would stop bugging him for at least a week. 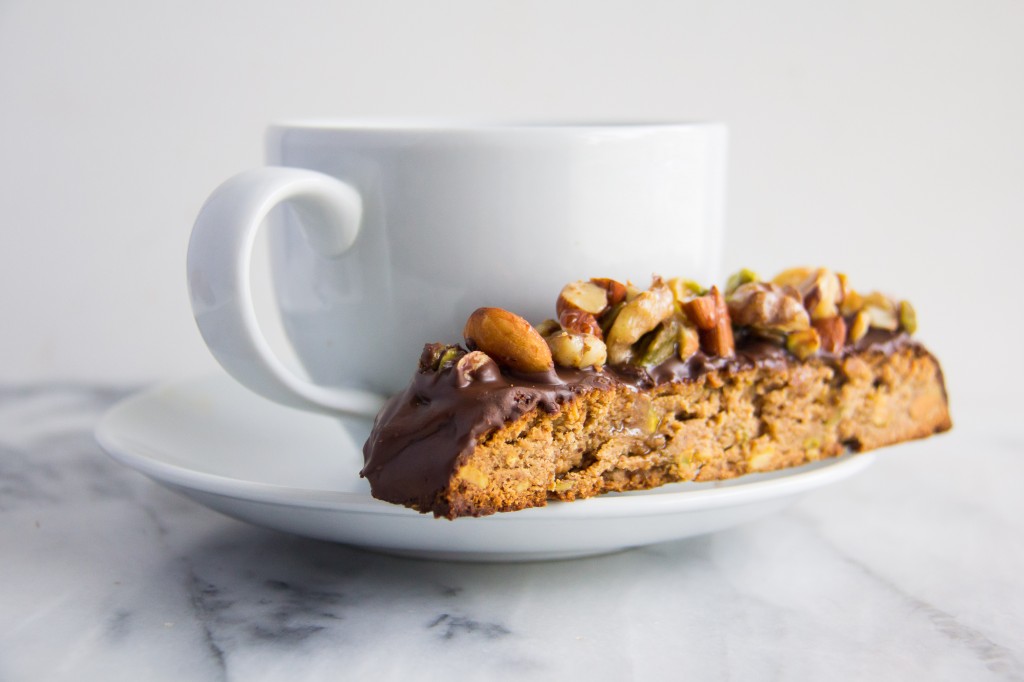 I let Andrew go into Teavana unsupervised this weekend and the next thing I knew we had $100+ worth of tea.  Now he drinks tea in the evenings and says things like, “I mean, I’m practically vegan now.”  Except for the tiny fact that I just made him this meatloaf for his lunches this week.

And then I made us these cookies for snacks/desserts for the week.  They actually are vegan (except for the chocolate chips) and I’m in love with them.

But the tea thing is good. I’m trying to wean myself off diet coke (I usually have ~4 a week).  So first I replaced the diet cokes with crystal light and now I’m hoping to replace the crystal light with real iced tea.  Baby steps.  I will most definitely still be enjoying diet cokes at restaurants because sometimes the bubbly goodness of diet coke is just overwhelmingly delicious. 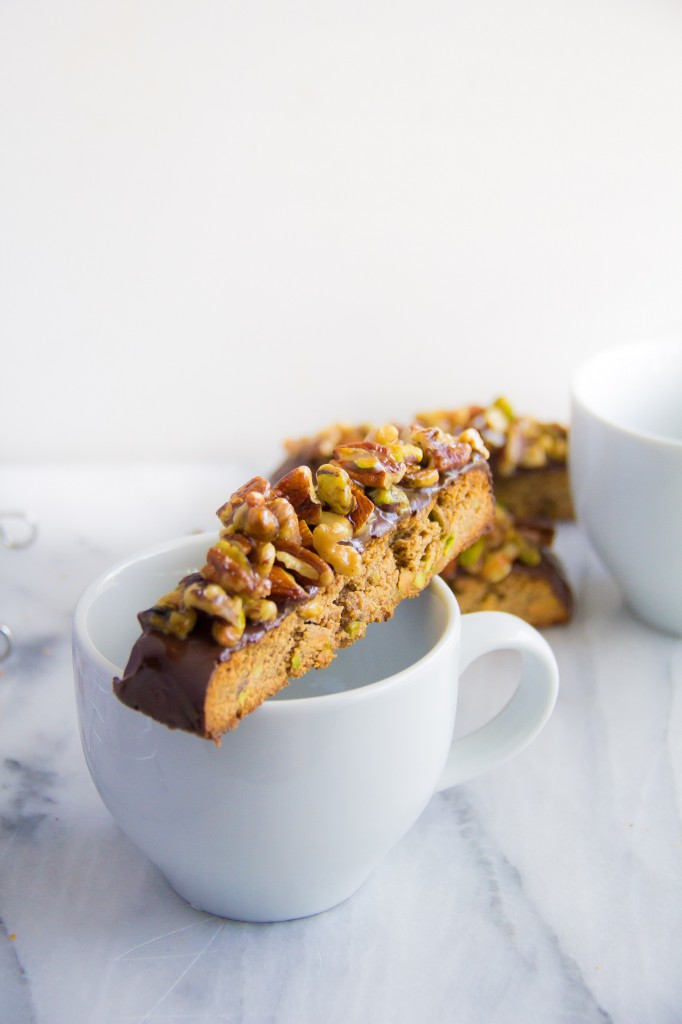 I was gonna share a soup recipe today.  But Monday just needs something more than soup.  Mondays need something cookie-like.  So we’re making biscotti (biscottis?).  I would say we’ll save the soup recipe for Friday, but that just doesn’t seem right either.  What day would a soup recipe not depress you?  I know it’s summer and not really soup-time, but it does have coconut in it.  So that makes it summery.

But back to the recipe at hand.  No coconut involved.  But there are pistachios, walnuts, pecans and almonds smooshed onto a thick layer of chocolate.  dah best. 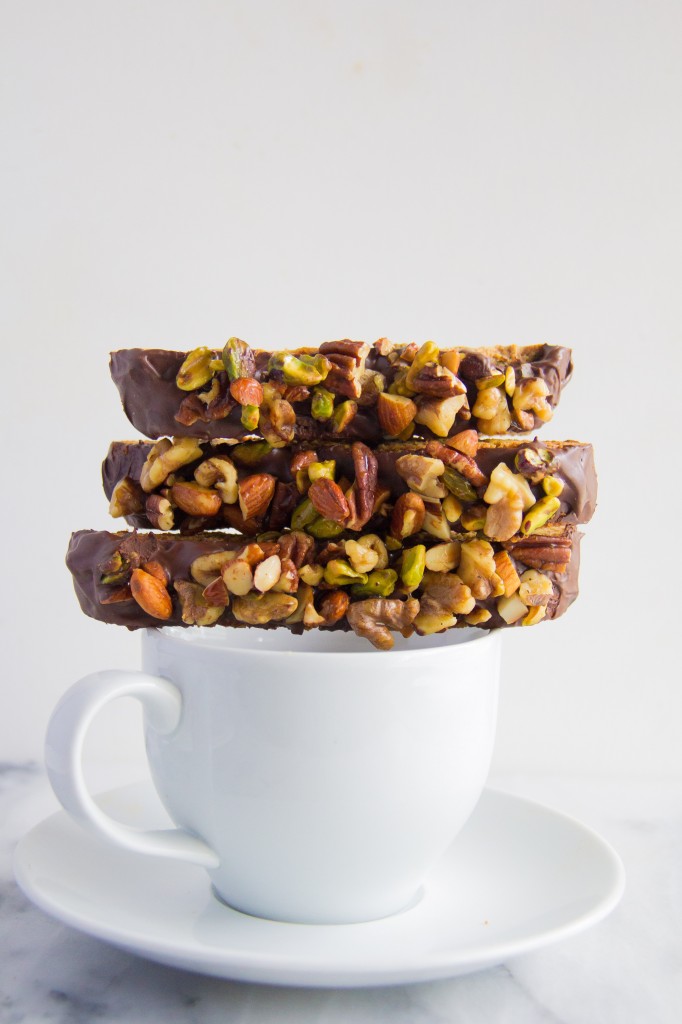 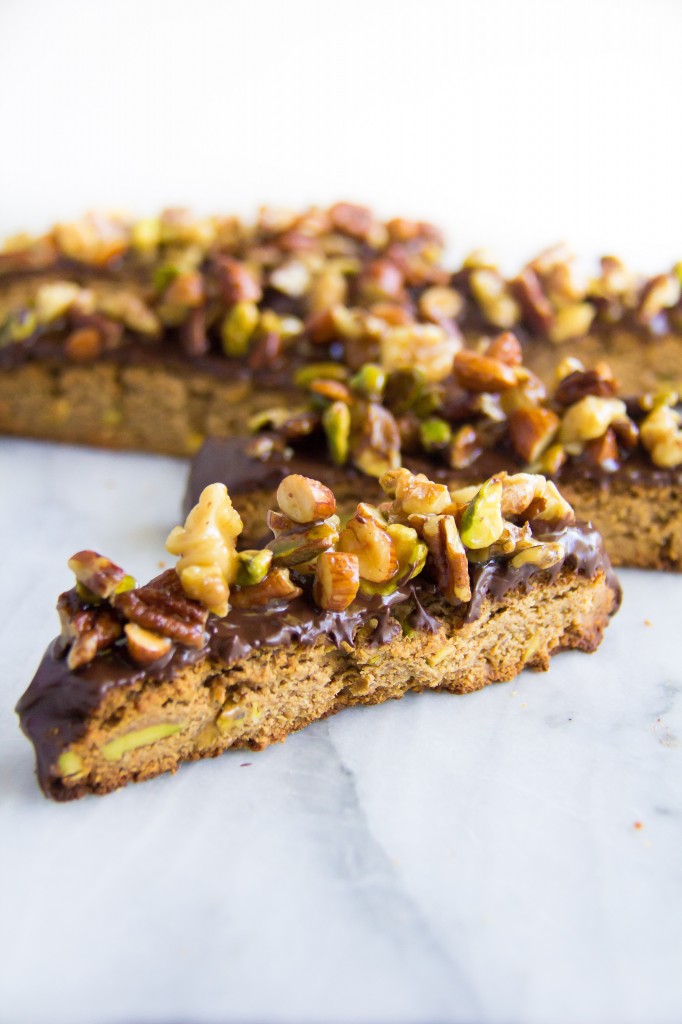 Monday’s were made for dark chocolate toppings. 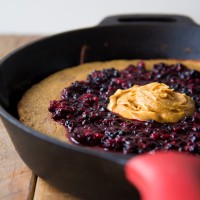 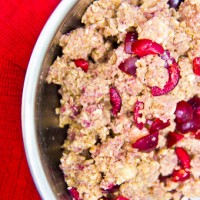 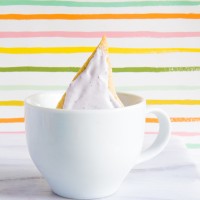 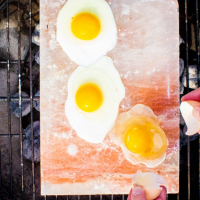