posted by Kylie in Appetizer \\
13 comments »

I made you an appetizer. 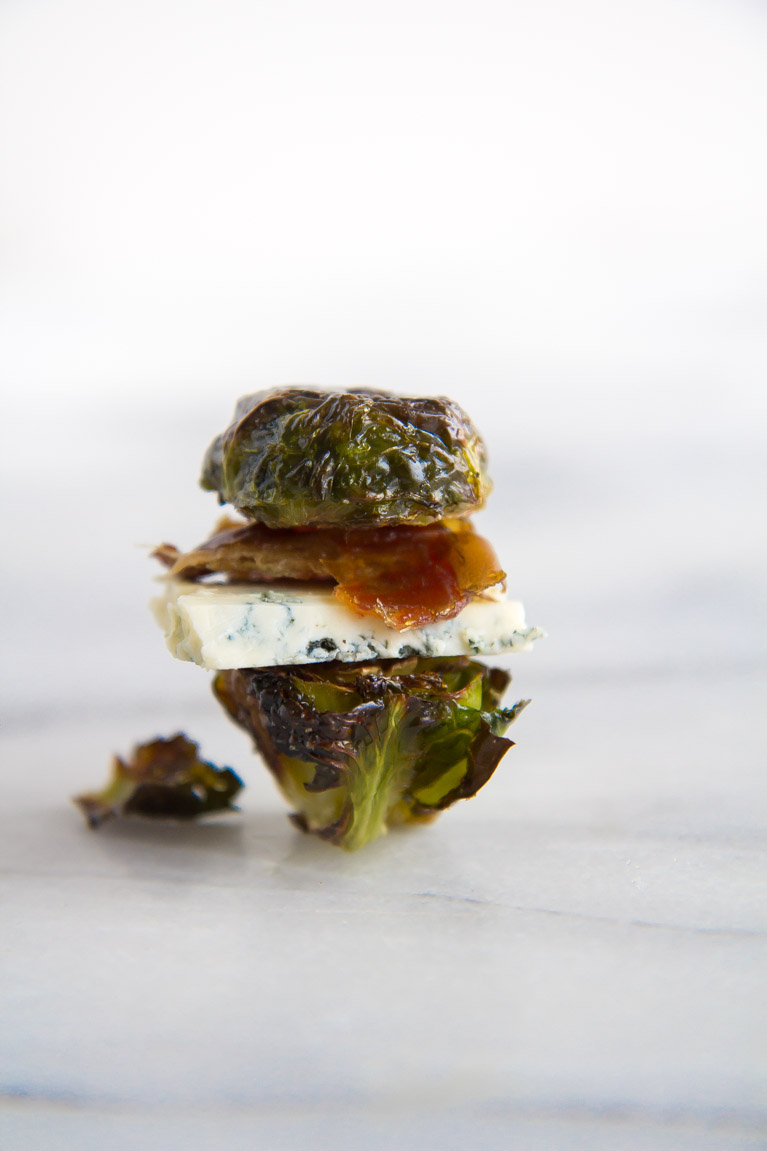 I believe these would make the perfect holiday appetizer.  To be viable for the perfect appetizer spot, the appetizer must contain cheese.  And these do, so yeah.

In addition to being stuffed with cheese, these are made with roasted brussels sprouts, which are the best because brussels sprouts are the only vegetable I can eat like candy.

I’ve had quite the tumultuous relationship with brussels sprouts.  I loved them when I was little but could never remember what they were called…so I just called them “those little green balls.”  Then during that high-school-I-don’t-know-what’s-going-on-in-my-life phase, I couldn’t eat them without gaging.  And now I’m back to being slightly obsessed with them.

I mean, just look at that crispy, golden one in the bottom center…dear goodness.  CRUNCH. 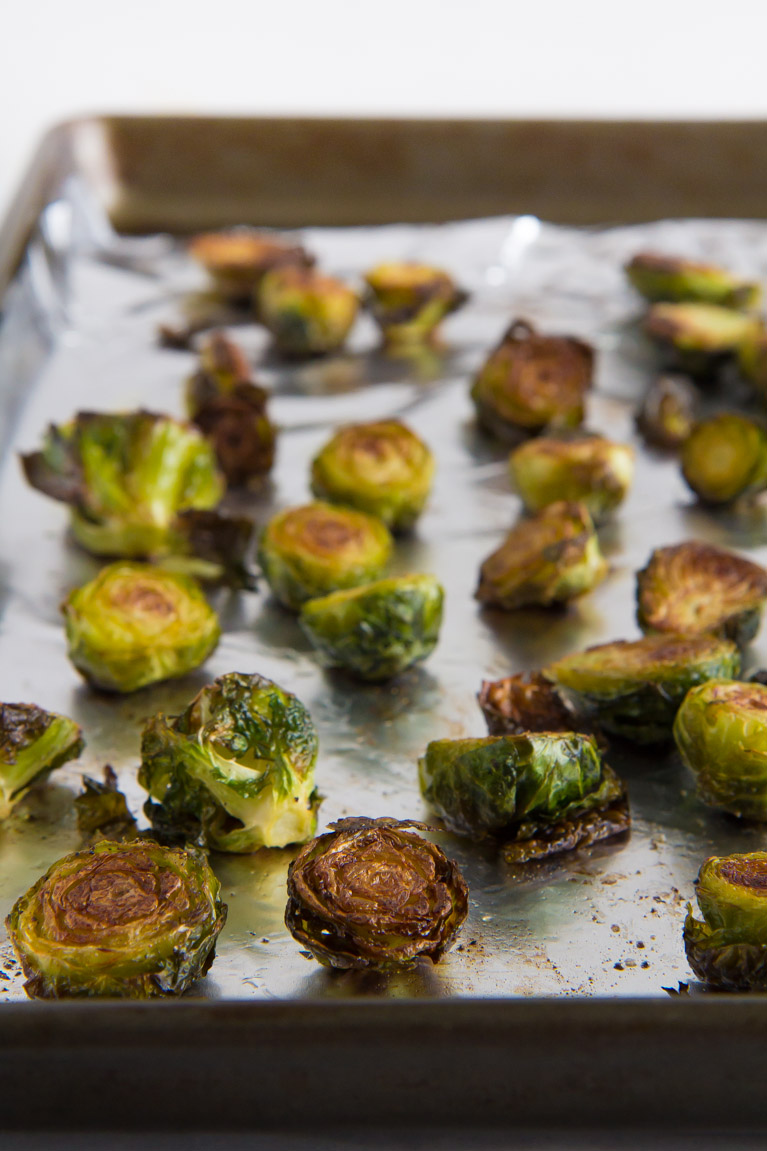 Unlike brussels sprouts, I’ve always had quite a thing for blue cheese.  And olives and capers and anything else with that sharp-almost-overpowering taste.  While I was stacking up these little sandwiches, I realized that blue cheese looks quite a bit like Carrara marble.  Since starting a food blog (wanna take a quick trip back to the beginning days), I’ve developed quite a thing for Carrara mable.  Which begs the question, did I fall in love with Carrara marble just because it looks like blue cheese? It’s a definite possibility.

I’m not very design-y, so if someone would like to come and re-do my kitchen for me with touches of Carrara marble, that would be much appreciated.  Andrew and I toyed with the idea of doing cooking videos out of our kitchen…but it’s not the cutest space.  I just want a white kitchen with a bazillion windows.  One day. 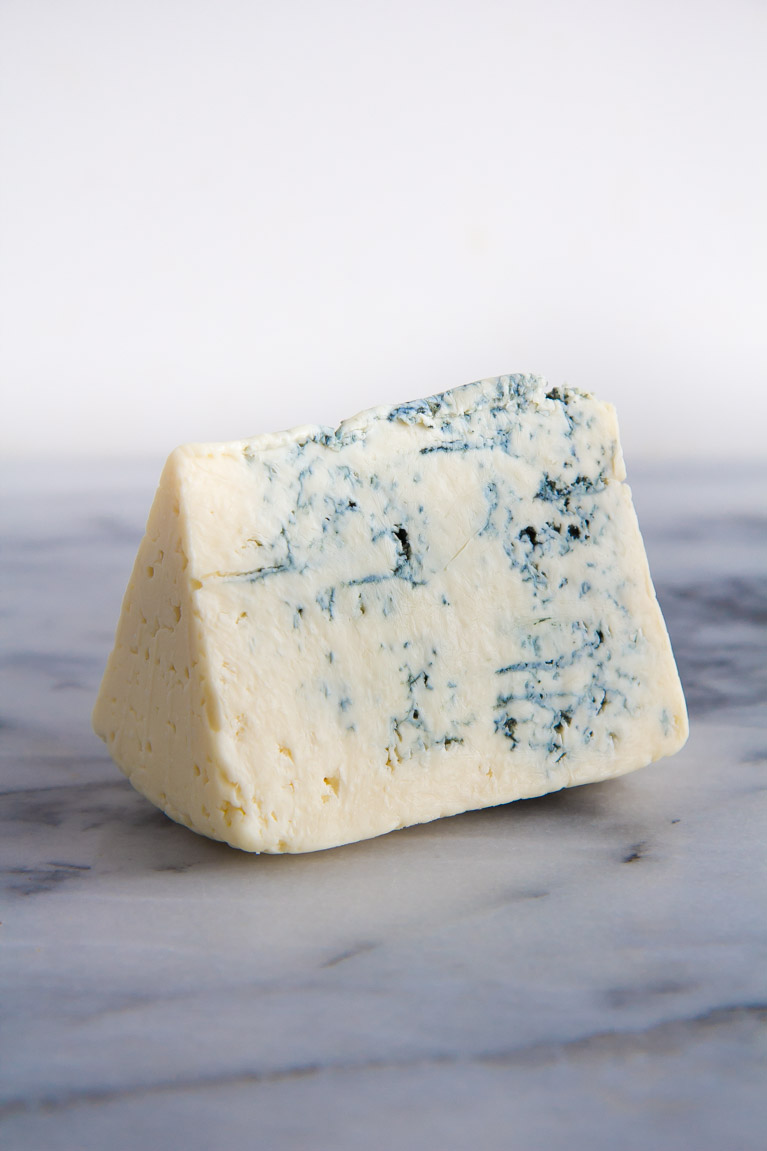 Saturday night Andrew and I looked at all the pretty pictures of these people’s house for like 2 hours.  The before pictures of their house are so much like our 1950s, ranch-style home, so by Sunday morning we were feeling inspired to do something (anything) to the house.

We decided to paint half of the inside grey, which may sound like a lot but our house is kinda tiny so it went pretty fast.  Or at least it went fast for me because I helped for one hour and then went on a coffee date with a friend and when I got home…POOF! It was finished.

Who knows, maybe I am design-y.  I mean, that brussels sprout stack of goodness below looks rather modern and aesthetically pleasing to me. 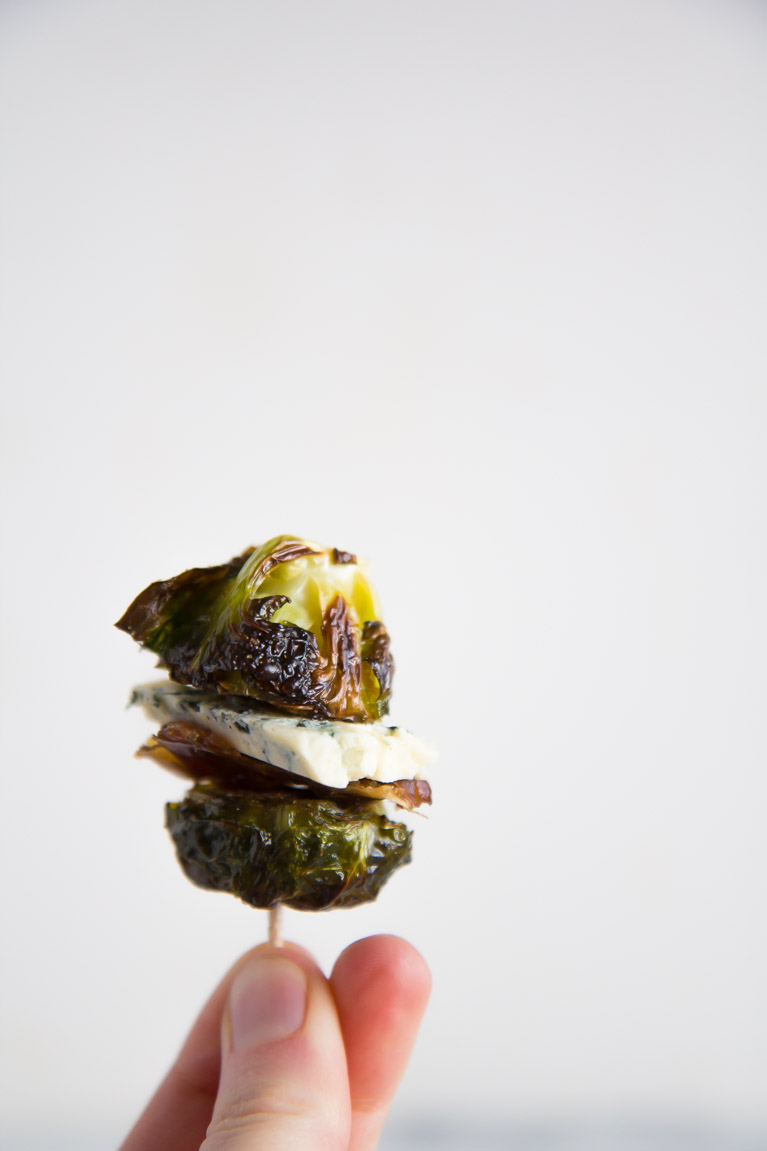 There’s just something about thick slices of cheese that speak to me.  If you feel meh about blue cheese, swap it out with sharp cheddar.  Or if you’re taking these to a party, doing a variety of cheeses in the sandwiches would be very accommodating of differing palates.

Again I say, if you love crispy brussels sprouts and you too could eat them like candy, this is the recipe for you. 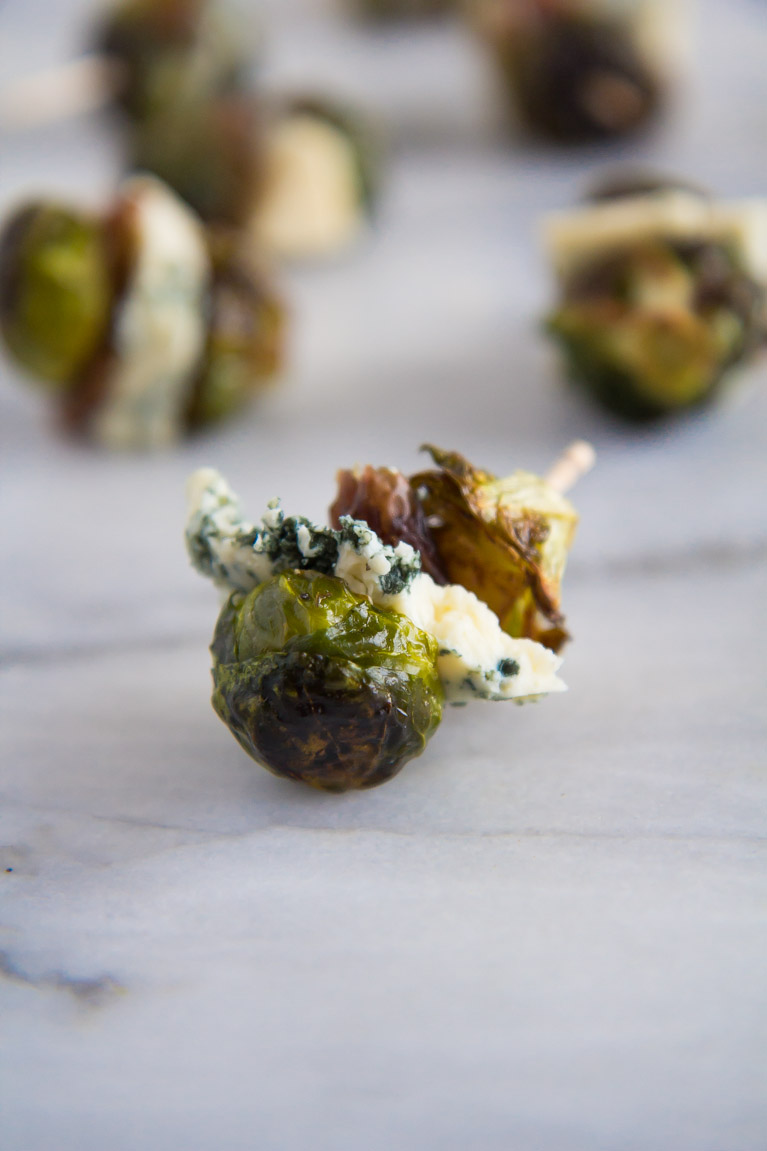 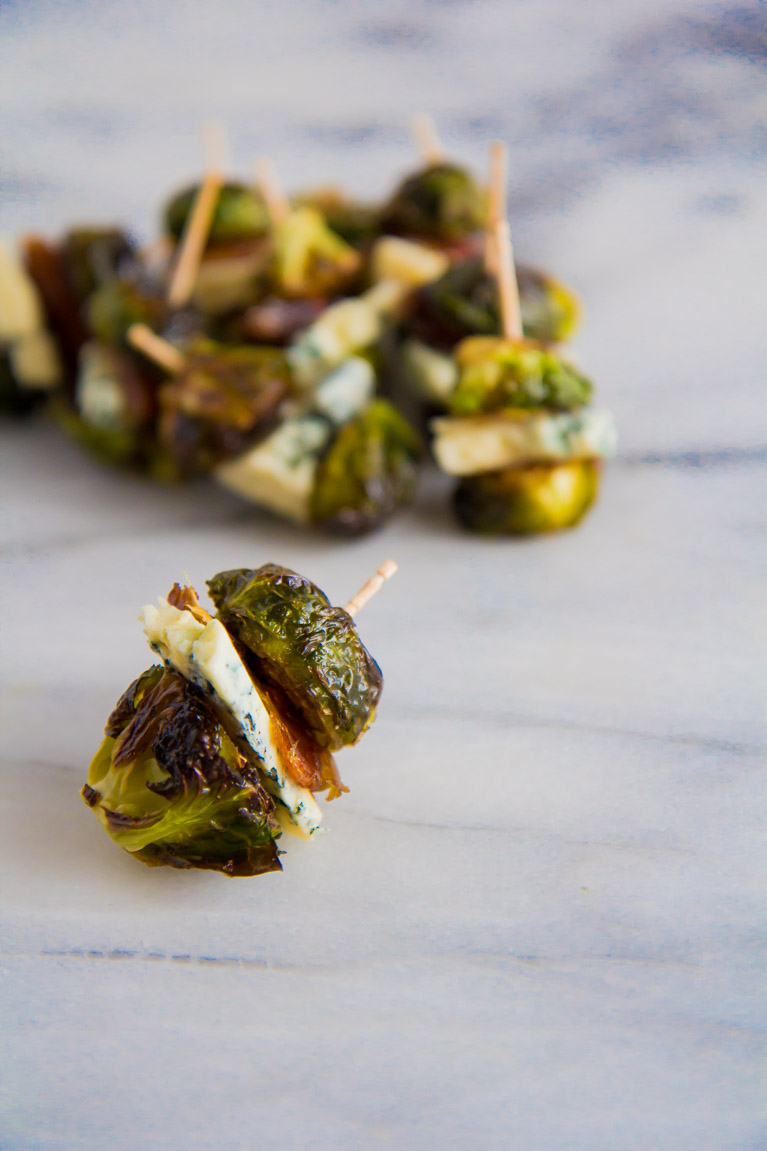 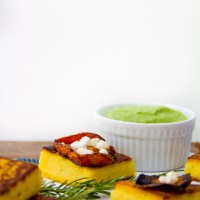 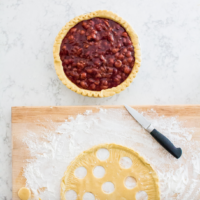 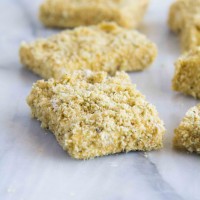 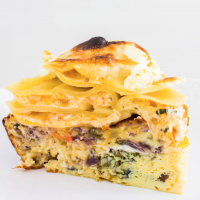