Saturday morning I was super anxious.  Jo was up a few times during the night and then mom life starts early without many breaks, so I think I just didn’t get any downtime and it was getting to me.

I loaded up Jo in the car and we headed to Whole Foods for breakfast and to pick up a couple things.  Went with a latte & oat bar.  Those bars are THE BEST.  They’re from this vegan bakery called, SINFULL bakery.  And the tagline is something like “sin without the guilt.” Totally not my food philosophy, but the bars are freaking good.  Except they have apricots in it.  Apricots have got to go. 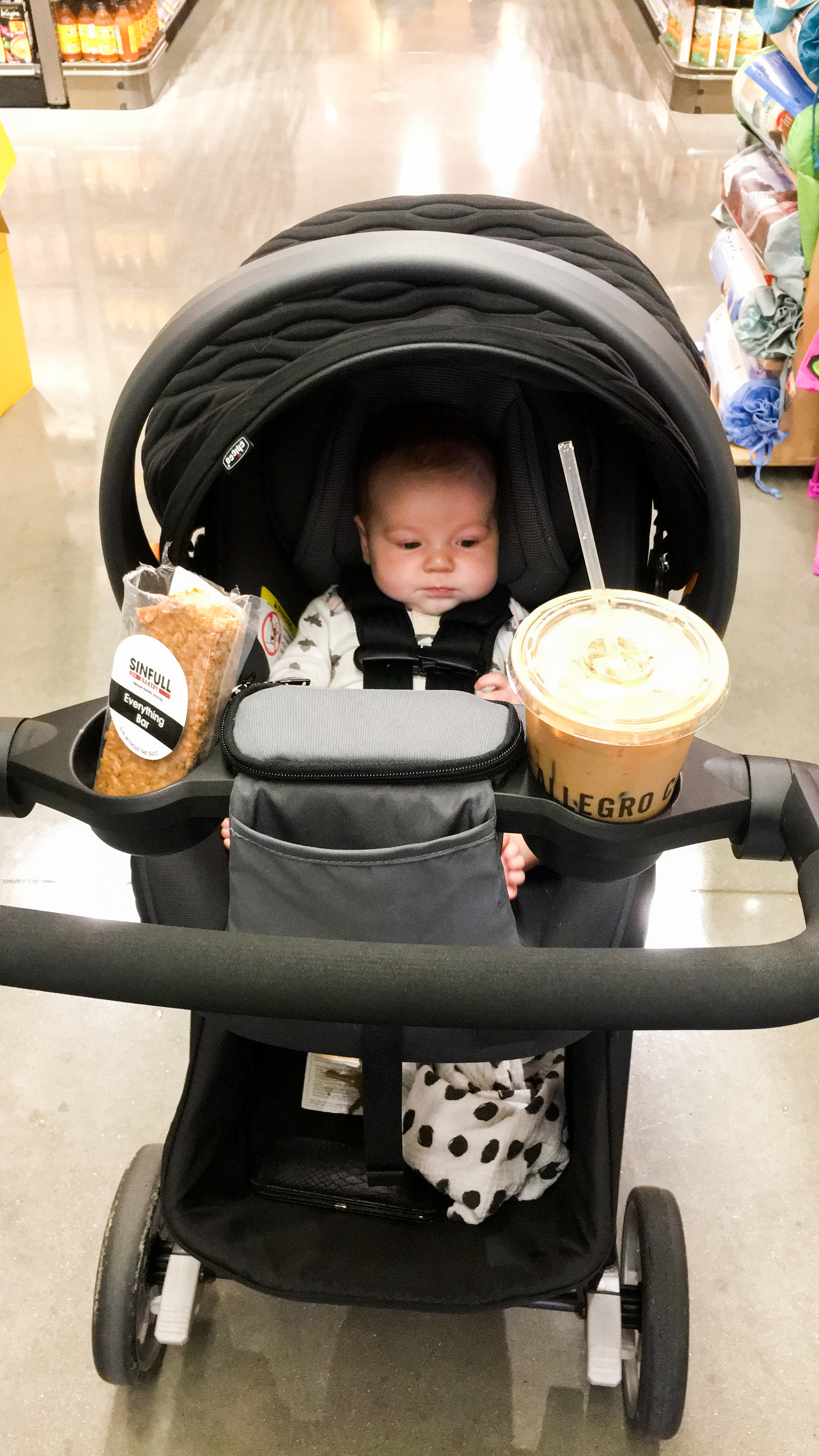 Once home Andrew took Jojo on a walk, so I could have some downtime.  I laid on the floor and just tired to calm down a bit with deep breathing and hands on my belly. 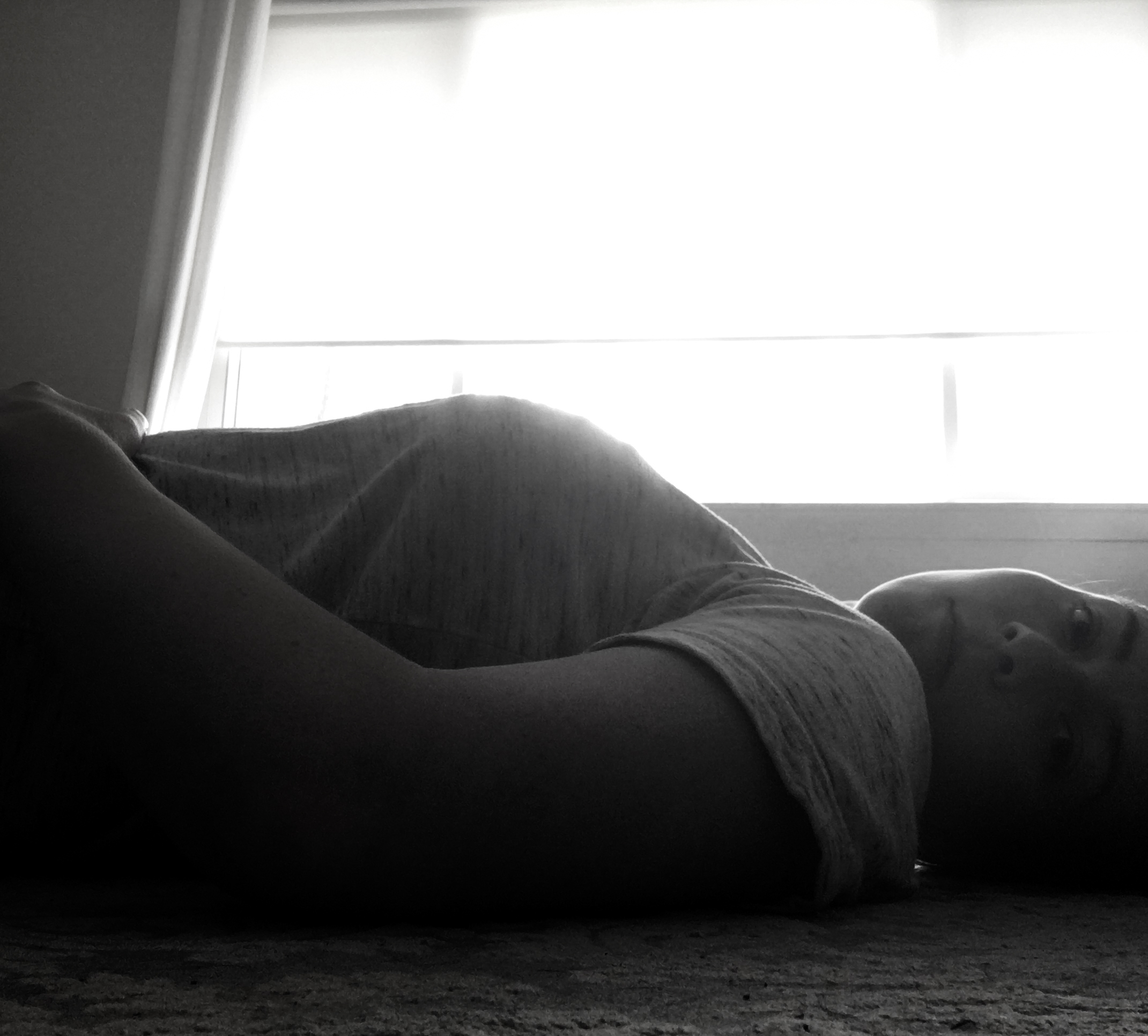 I also think this might’ve been some PMS symptoms.  I started my period 2 1/2 months after having Jo, which was comical to me since I’m still breastfeeding and I’d heard periods usually stay away for awhile if exclusively BFing.  I actually went to my OB when I started again bc I thought something wasn’t healing right after giving birth. I was like “i’m bleeding out from my uterus?!!” And she was like, “this is called your period.” lol.  Felt like I was in middle school again starting my period for the first time and someone was having to explain things hah.

Lunch was leftovers + a salad with a BBQ dressing and the rest of the day was spent hanging out at the house with Jojo and putting her down for naps. 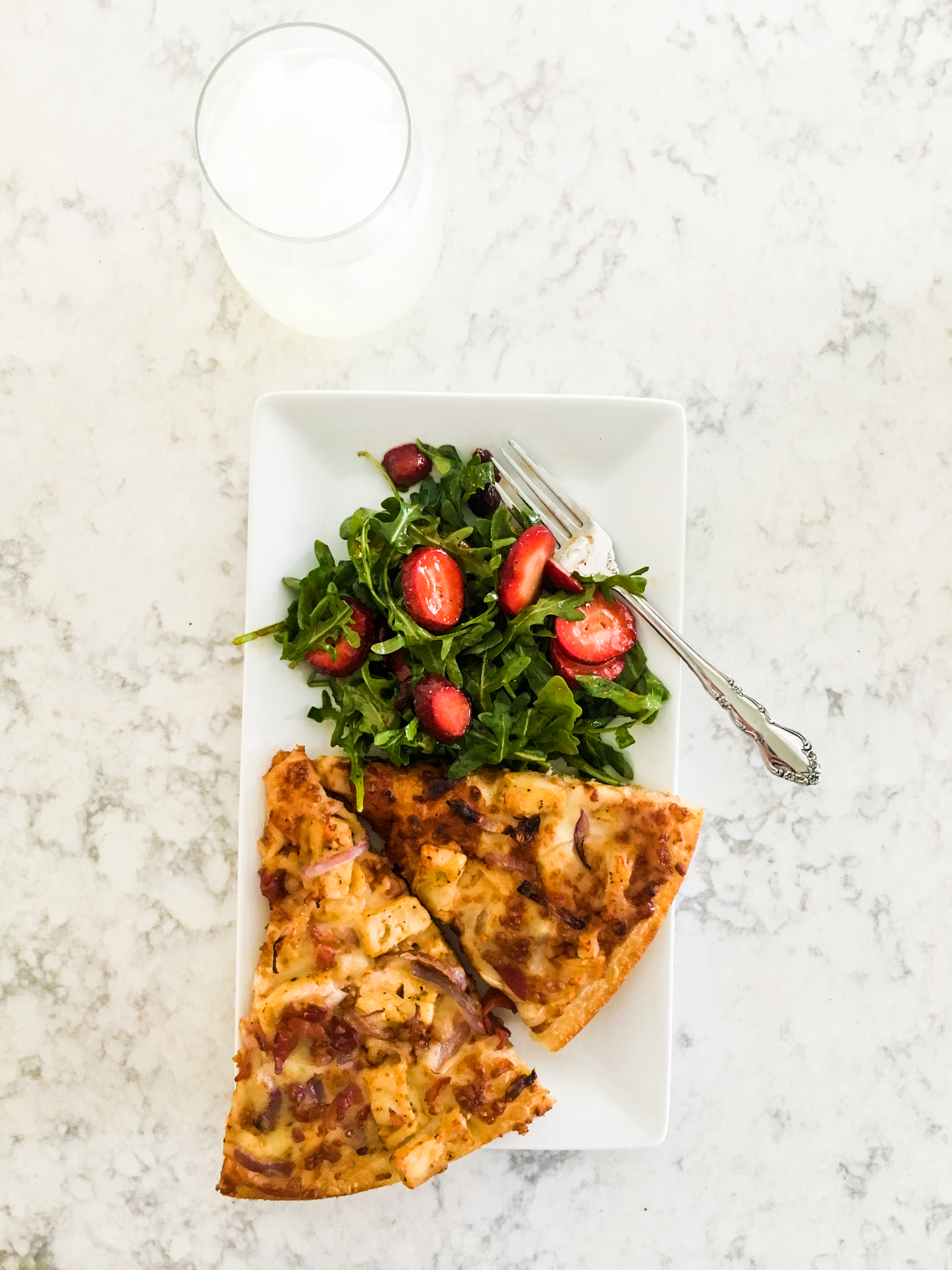 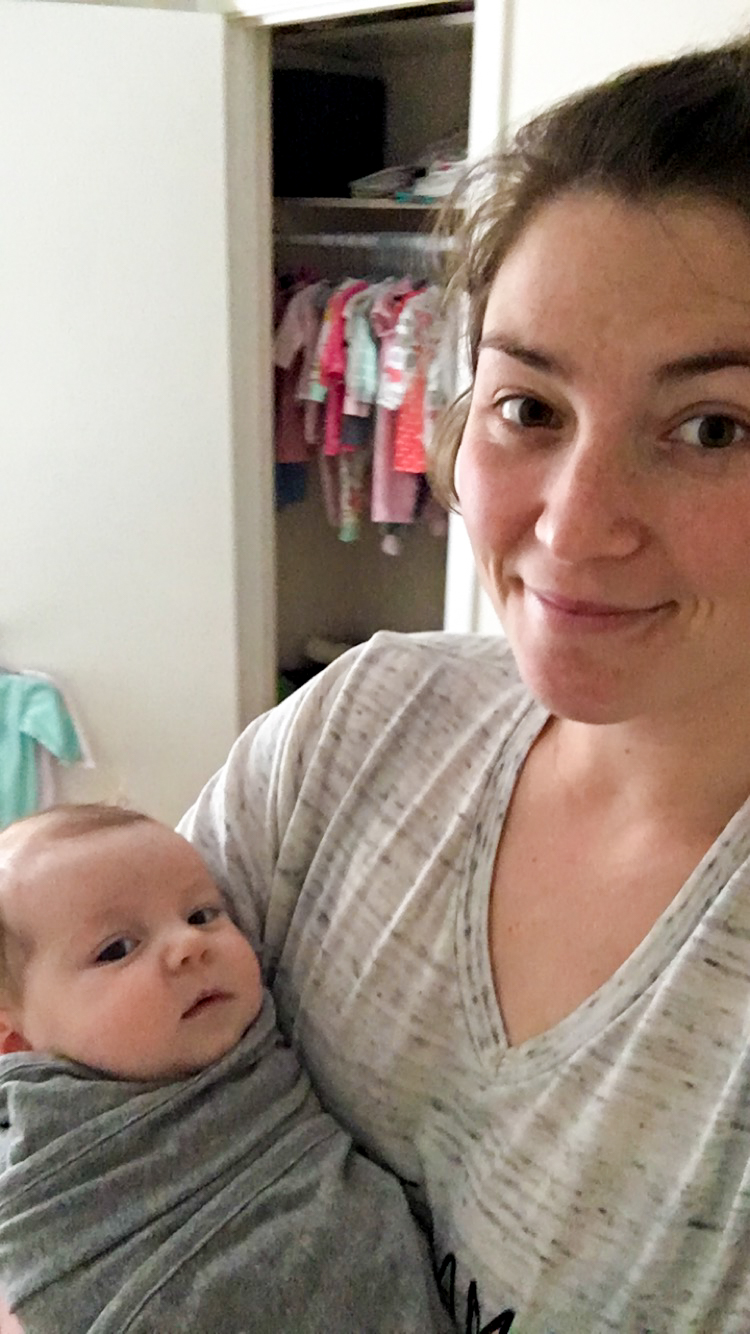 Jo is getting closer and closer to rolling over.  She’s gone from her tummy to her back a couple times on her own, but never from her back to her tummy on her own.  I’m eagerly awaiting the roll:)  She has been super giggly lately and IT IS WONDERFULLLLLL and just the cutest.  The more I laugh the harder she laughs.  So fun. 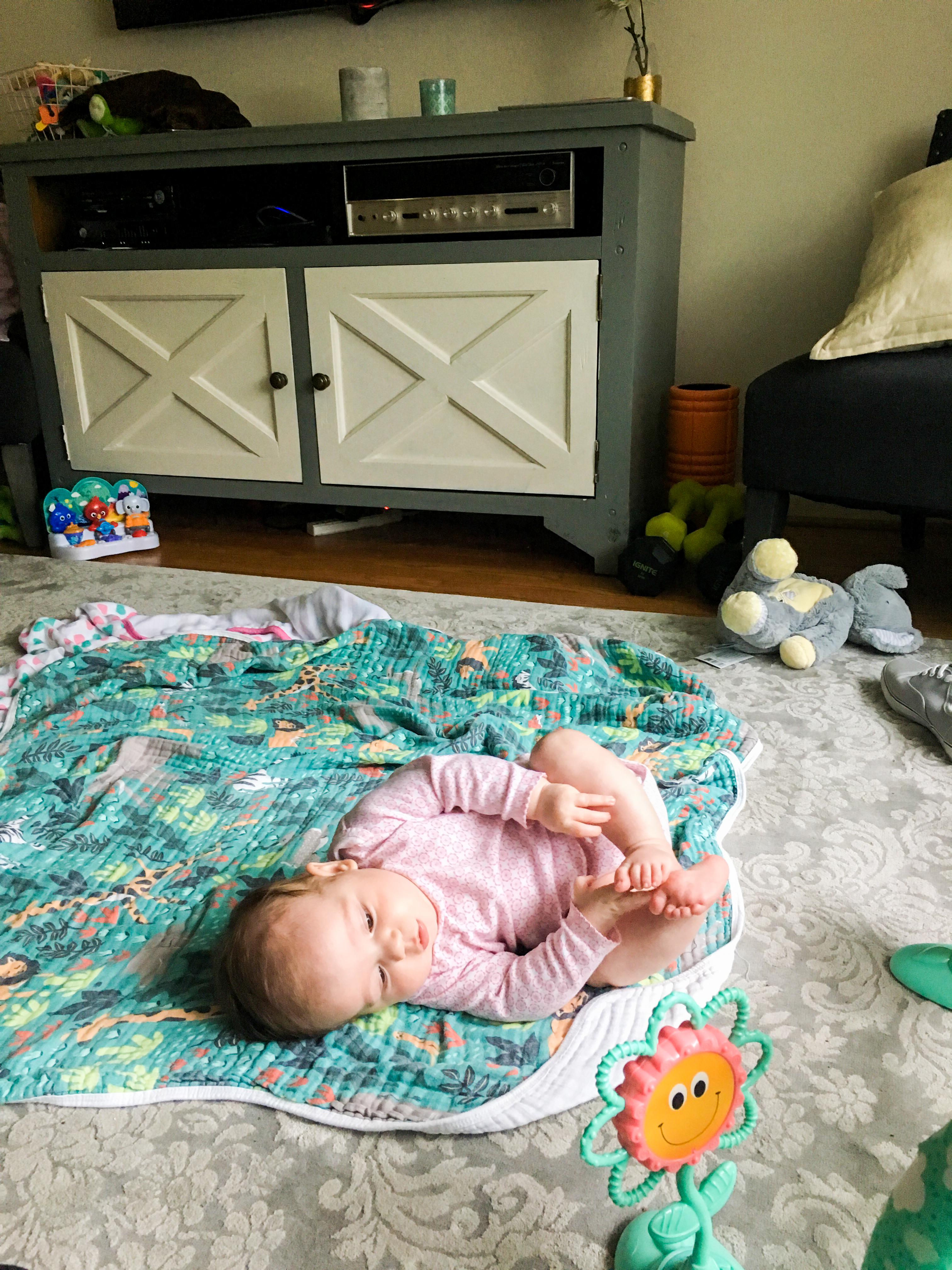 Saturday night the 3 of us went to a going away party for Morgan.  She leaves for Italy soon! She’ll be living there for a few months.  She’s such an adventurer.  It was so nice to get to meet all of her friends + parents who I’ve heard so much about for so long.  Morgan and I have known each other for 6 years now.  Time flies.

In other news…I’m going through a beer loving phase.  I think I just always feel thirsty these days and beer sounds better than wine when I’m thirsty.

Beer enjoyed with hummus + pita for an appetizer. 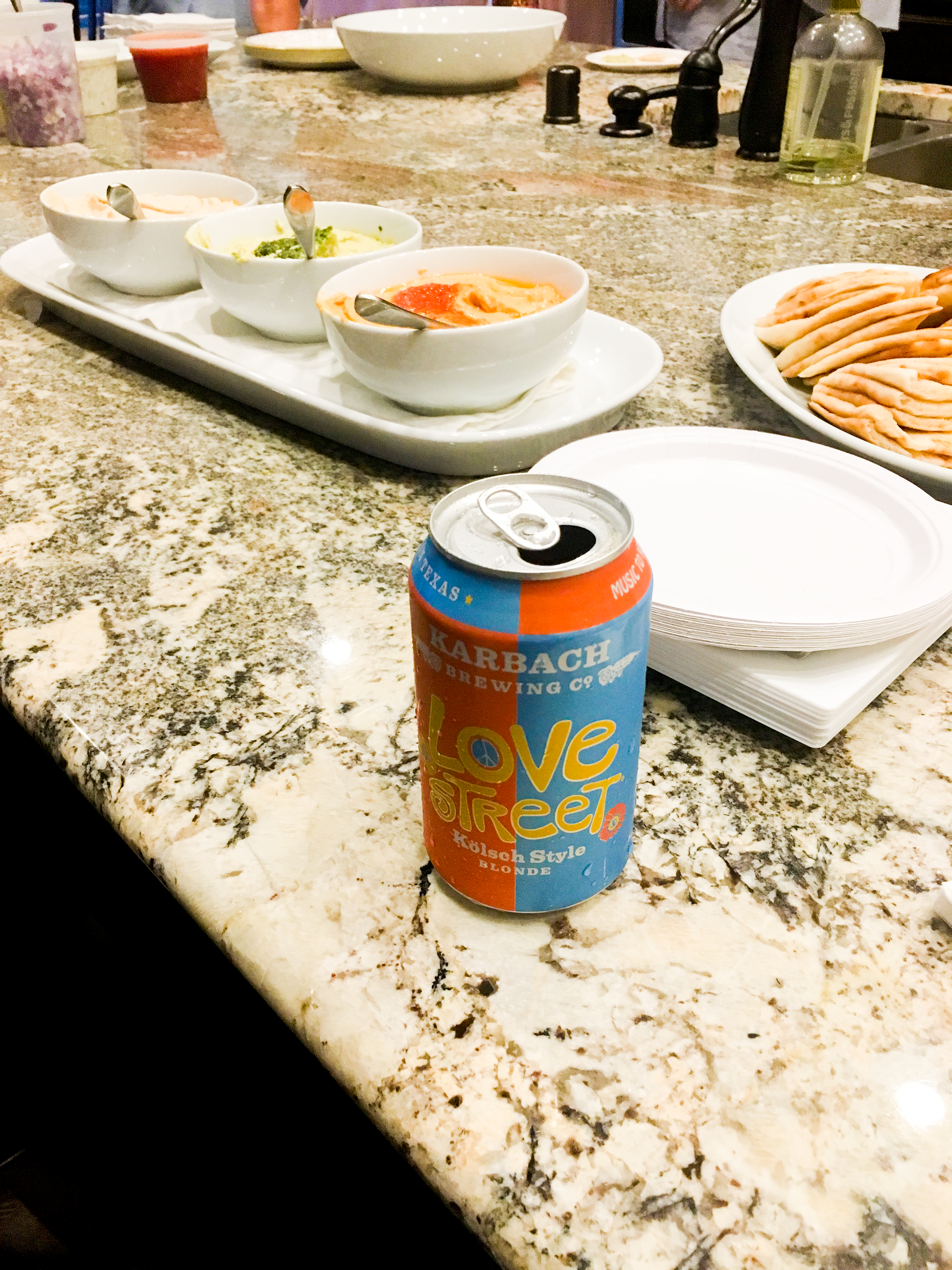 For dinner there was Zoës! 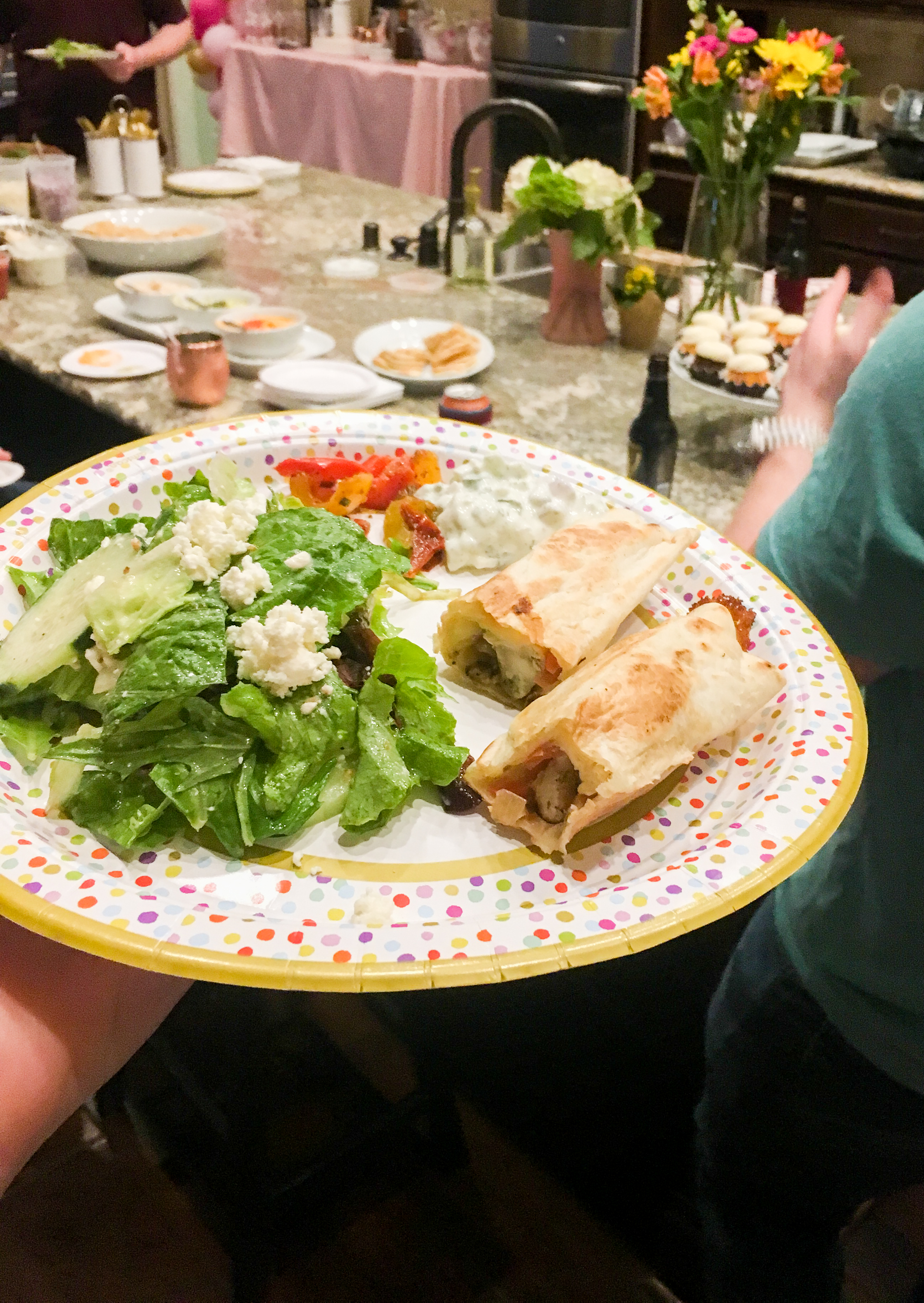 I’ll miss her while she’s gone.  (giant ballon was from Big Ass Balloons…LOVE THEM!) 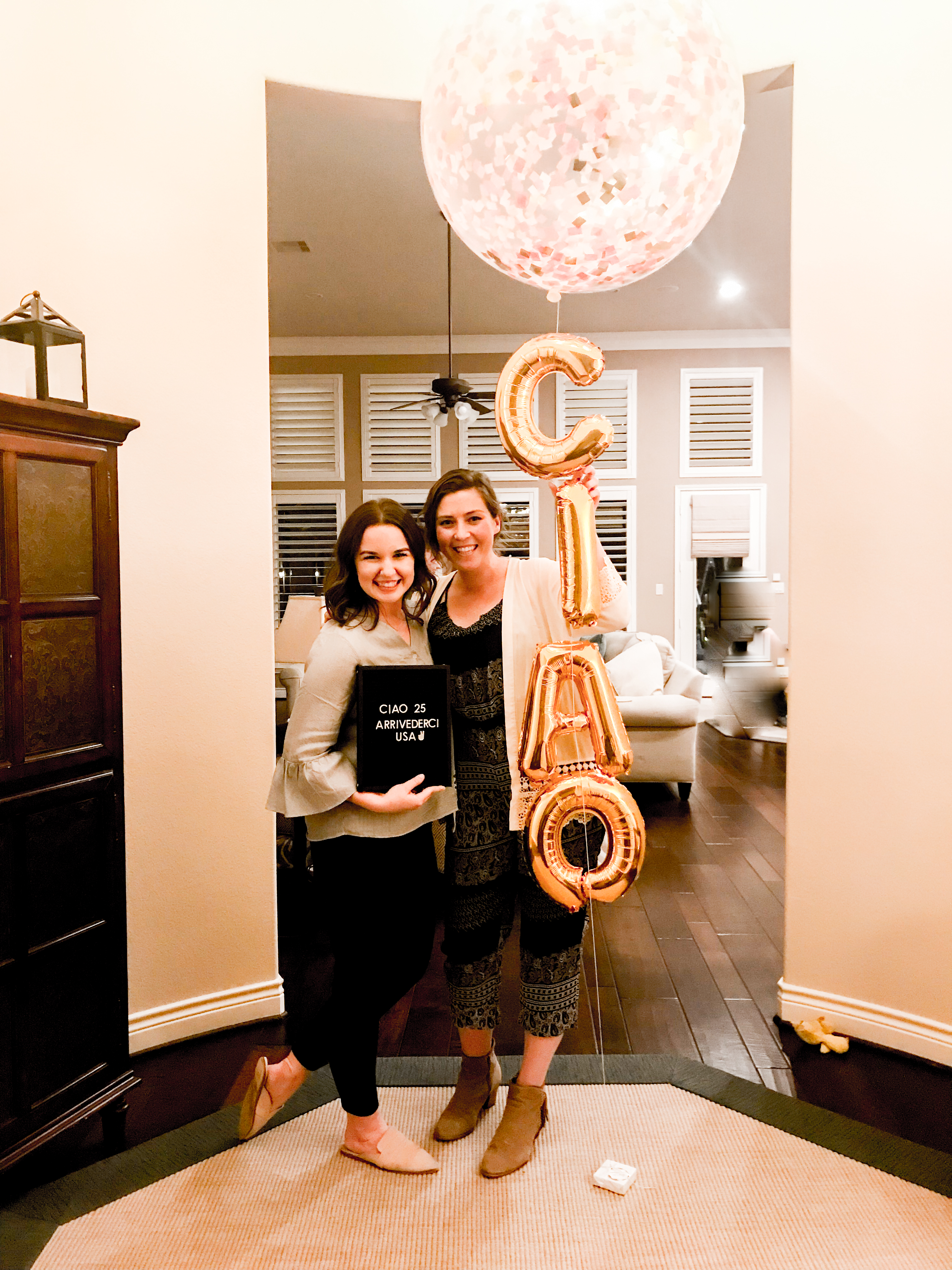 Sunday was typical church + grocery store day.  I love when buildings disappear into the clouds… 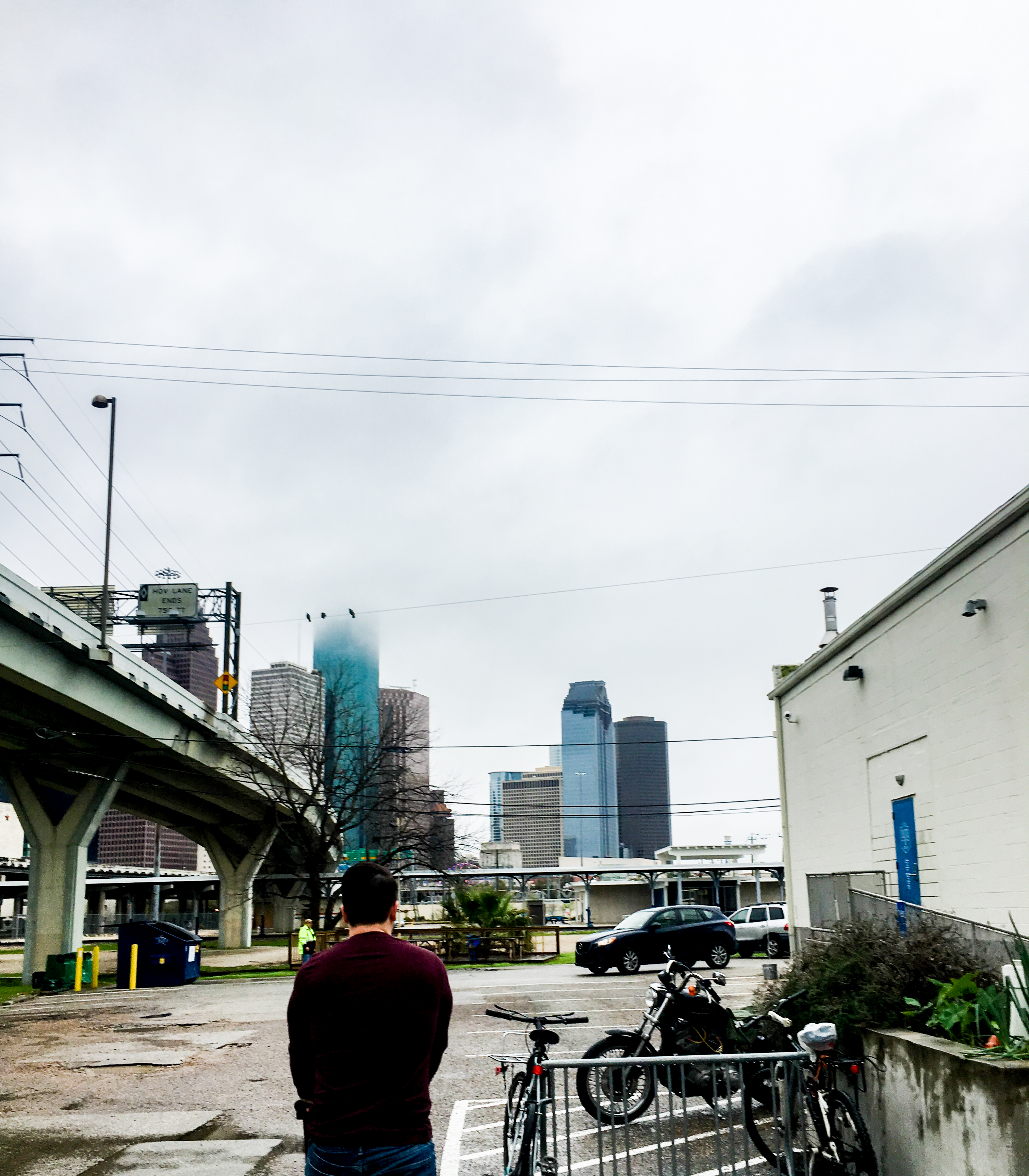 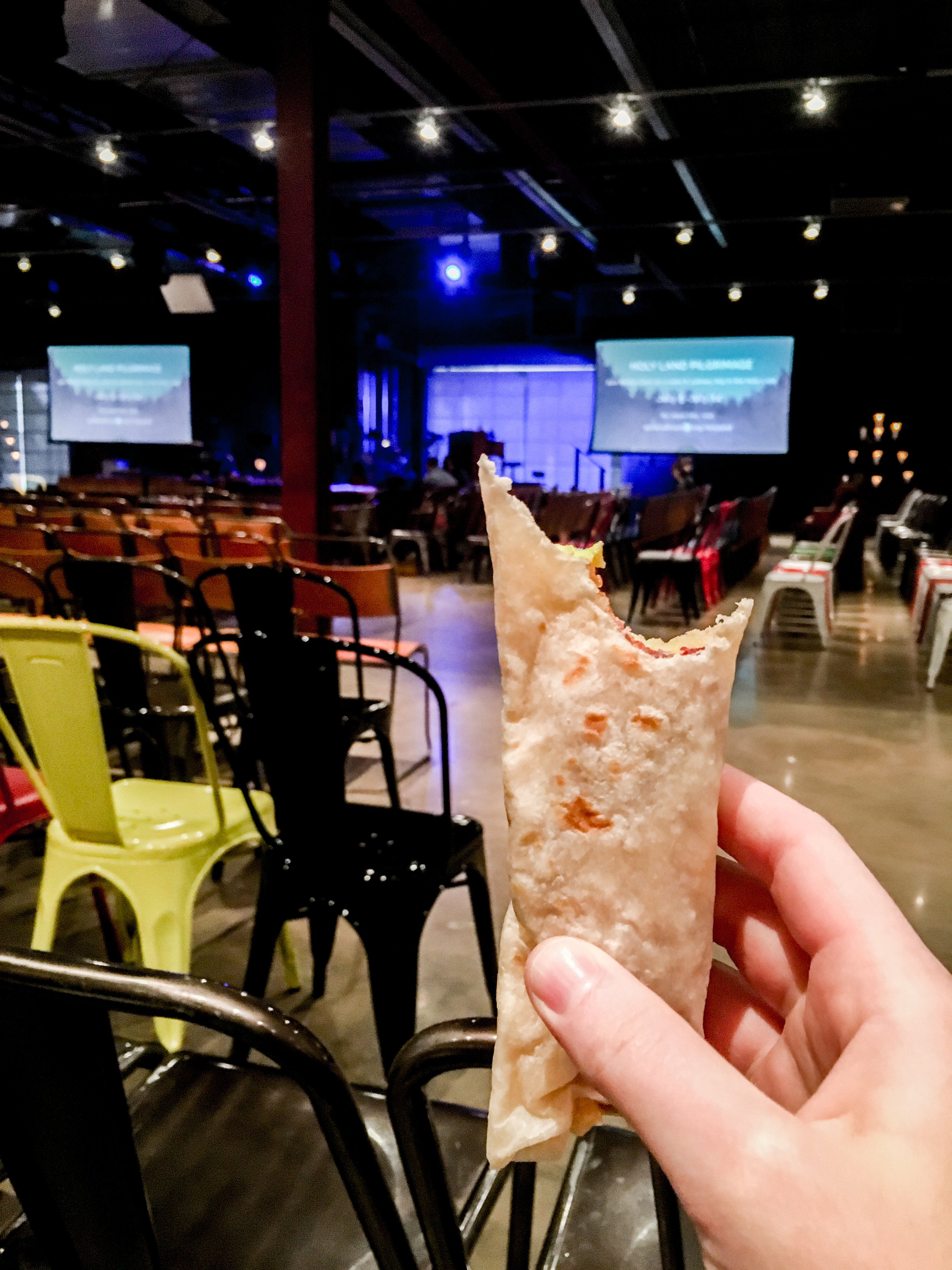 Later for lunch Andrew whipped us up a stir-fry with chicken.  Eaten with some sweet potato chips on the side for carbs. 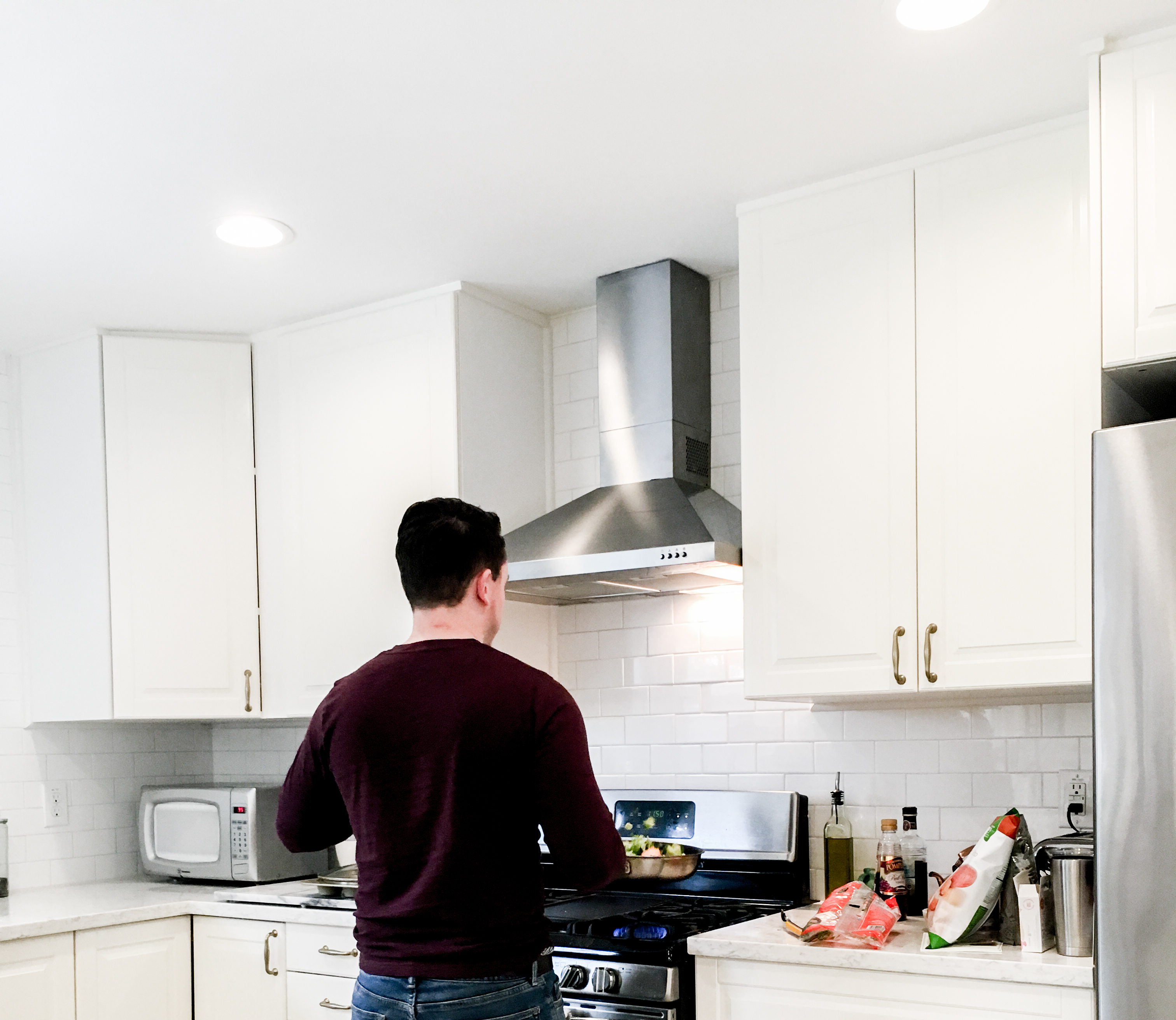 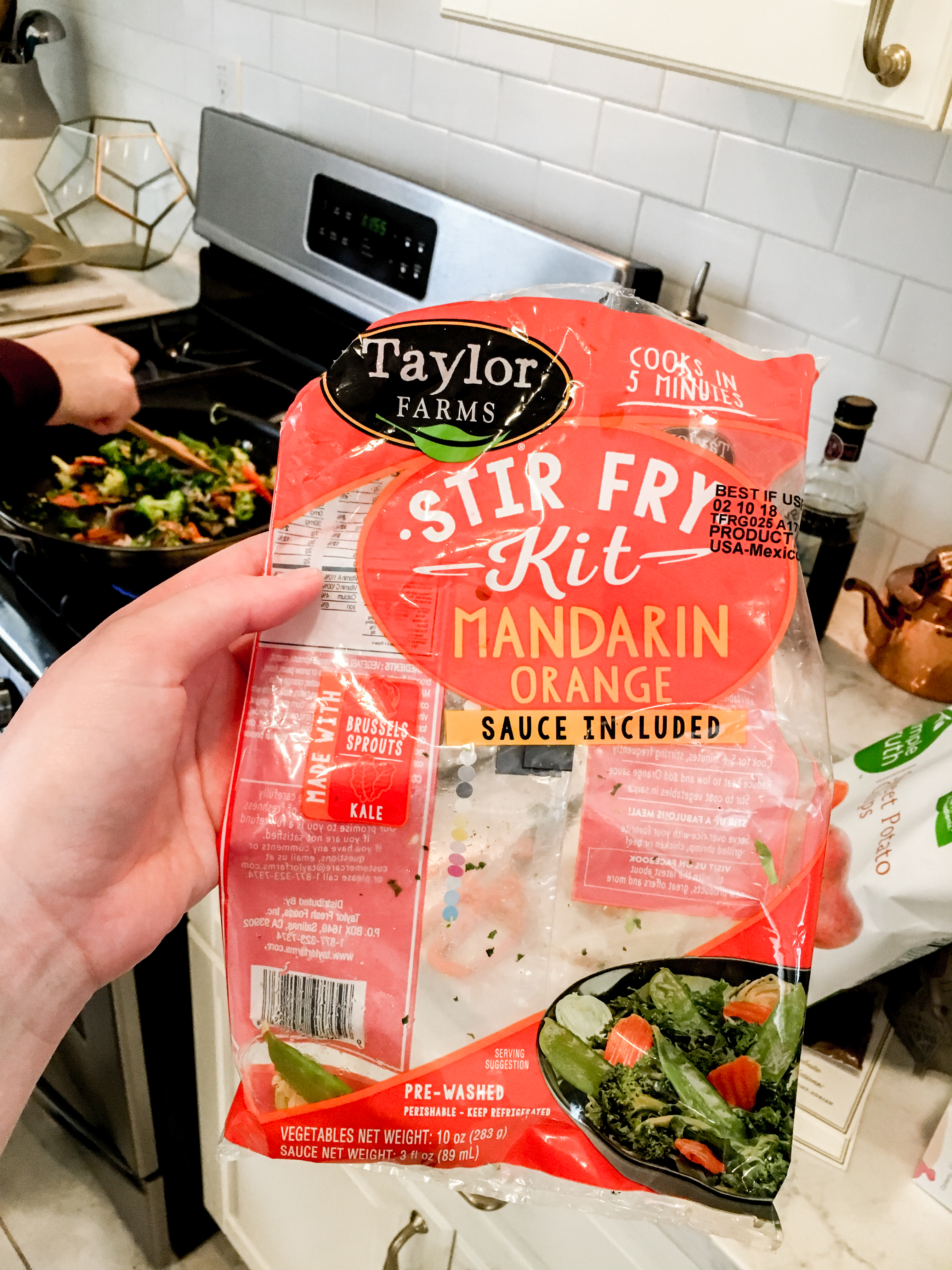 A snack favorite lately has been chocolate covered nuts (a forever favorite) with dried cherries thrown in.  (pssst for any who are struggling with an eating disorder and compare my portion sizes to their own…the below wasn’t a portion.  It was just a picture taken of what was left in my snack bag at the time.  And the best guide for what you body needs is your internal cues of hunger and fullness / cravings…not my photos.) 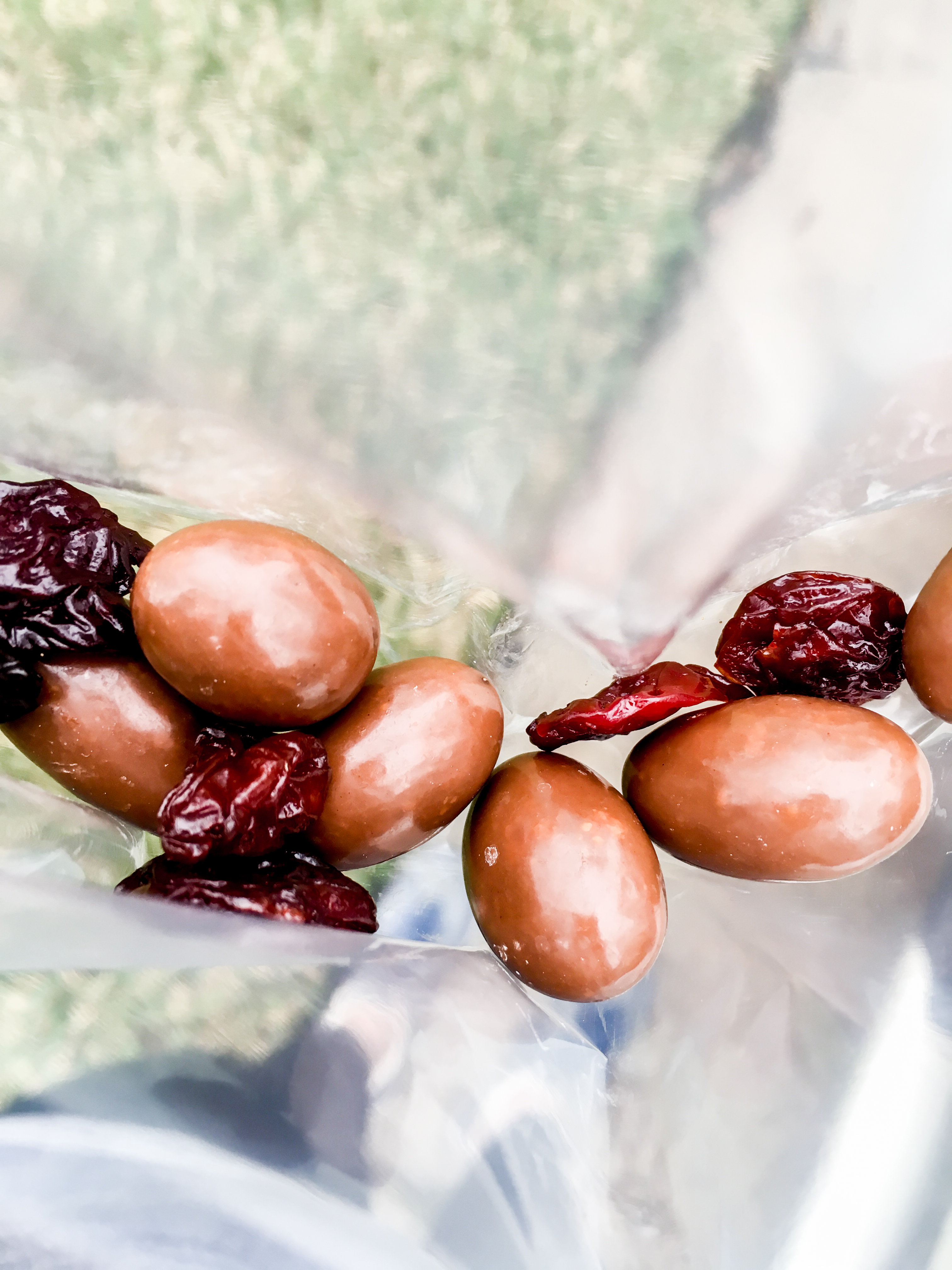 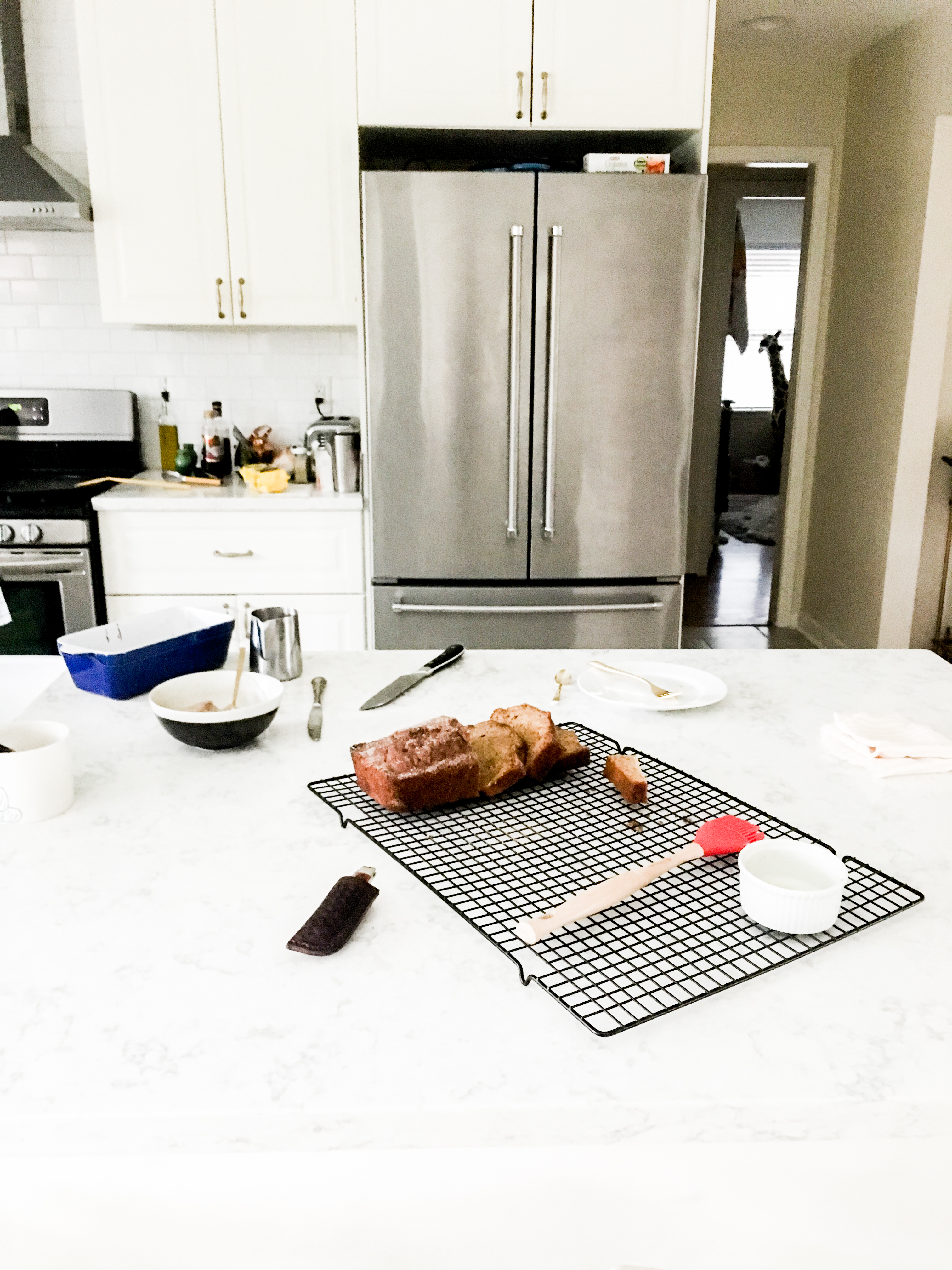 Talk to you then! 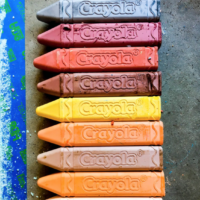 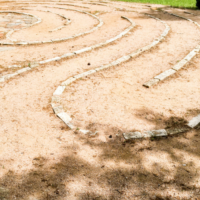 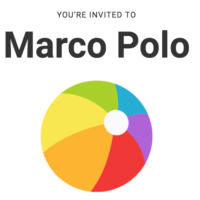 The 2 apps I use (pretty much) everyday. 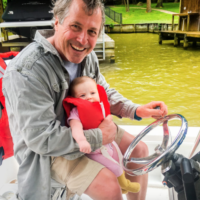