Today I bring you…dessert for breakfast. 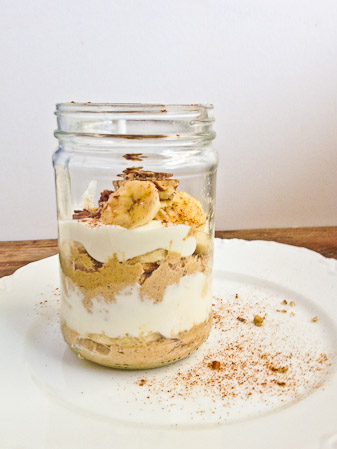 I mean this is up there with other happy ideas like celebrating half birthday’s with half a cake.  Or adding spinach to smoothies which is so ingenious because sometimes you don’t want a salad but you always want something delicious that tastes like a shake.  But then again you still want to eat green stuff.  So it’s a win-win. 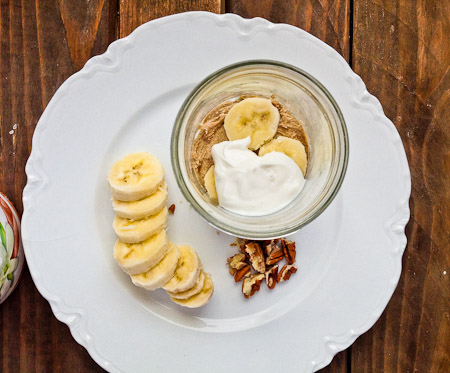 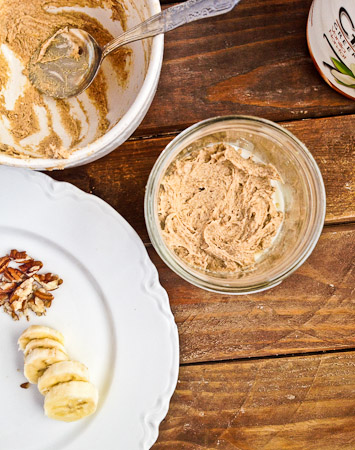 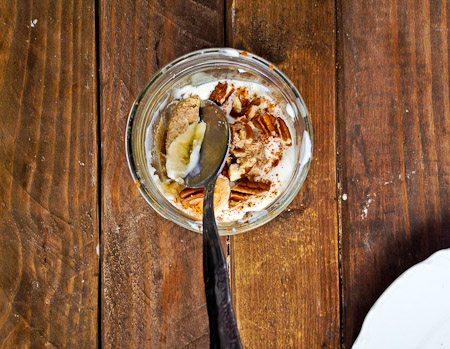 It’s like when you think you know something but then you realize you totally don’t.  Like that moment you realize your dad has been paying your taxes for the last 7 years for all the random summer jobs you’ve had and you were just kind of oblivious to the whole thing.  Yes, just like that.  If you’re thinking, “Holy crap, how is this girl getting married in 8 months?!” Your concerns are totally valid.

However, I found out last night that I was accepted into the dietetic internship program in Houston.  It’s been a long 5 years of college struggling to figure out what I wanted to do.  Getting a biomedical sciences degree, applying to vet school, ditching that plan when I realized that was pretty much the farthest thing from what I wanted to do, going back to school as a post-bacc student, spending 6 months completely lost not knowing what I wanted to do with my life, finding what I was passionate about-culinary arts/nutrition/healthy living/FOOD-, starting to get nutritional sciences degree, applying to grad school, getting accepted to grad school+getting engaged+finding $20 dollars on the ground (all in one day), applying to my dietetic internship, and now acceptance into my dietetic internship.

Without my parents, I would have never been able to do any of this.  I would have never found this happiness I feel.  To say they’re perfect is an understatement.  It’s nice when things fall into place and you feel like it’s just encouragement from God letting you know that you’re on the right path.  When I saw that I had been accepted I balled for a good 3 minutes.  And then I picked up the phone and started calling people.  This probably seems dramatic, and it was, but it was also the most wonderful moment I will have until my best friend gets married in less than a month (Anna, I love you and can’t wait). 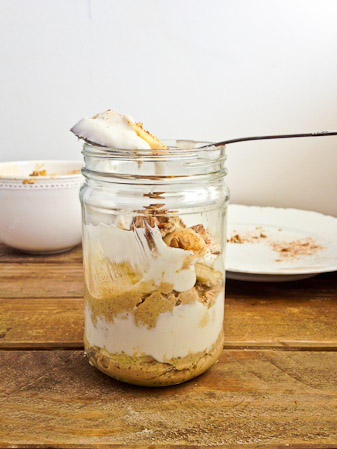 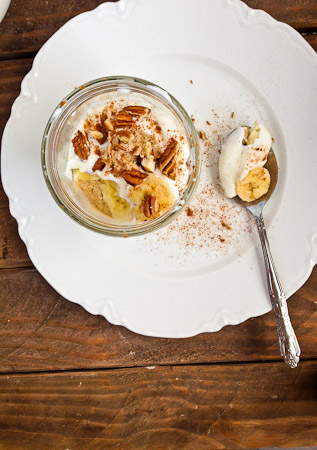 Sooo dessert for breakfast. It’s not just for the day after Thanksgiving anymore when you mix a piece of pumpkin pie into your bowl of oatmeal.

When you alarm goes off tomorrow morning, I hope instead of sinking deeper into layers of sheets that you’re sinking your spoon into layers of healthy banana pudding.  Because that is what I’ll be doing.  And unless you have really nice sheets, this breakfast has totally got those sheets beat. 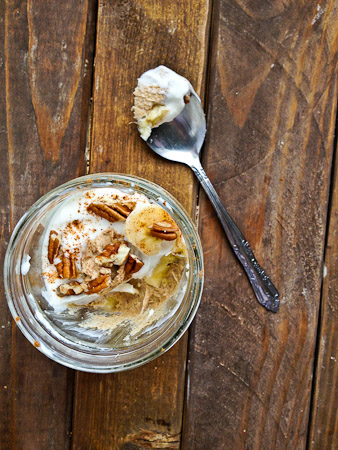 1/2 large banana, sliced into into 12 slices

In a small bowl, combine oat flour, cinnamon and salt. Make a well in the center of your dry ingredients and add in mashed banana, peanut butter, and almond milk (or honey if you want a sweeter cookie layer). Mix ingredients together until a dough is formed. 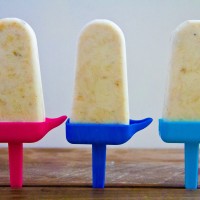 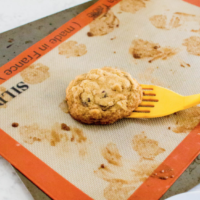 The best cookies to keep in your freezer for anytime cookie eating (+ a randomly placed pregnancy update). 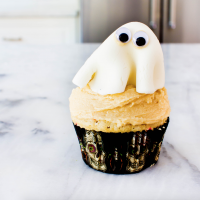 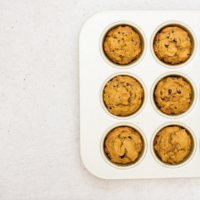 51 comments on “Banana Pudding for Breakfast.”