For our Thanksgiving celebration, I signed up to bring a salad and a pie. 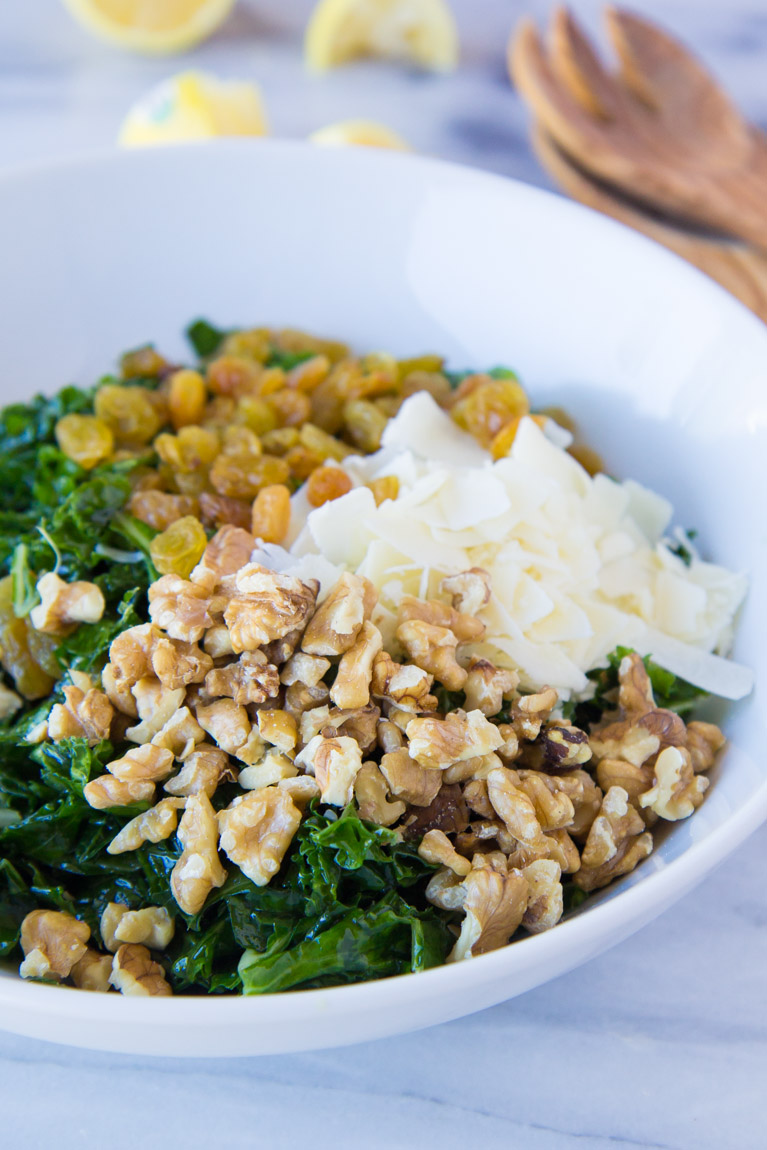 You can’t just bring any salad to Thanksgiving, it has to be different and possibly contain bacon (this recipe does not…but we’re just dreaming up ideas here), because no one has stomach space for boring iceberg lettuce on Thanksgiving.  Everyone is looking for loud, very present flavors on the ultimate food day. 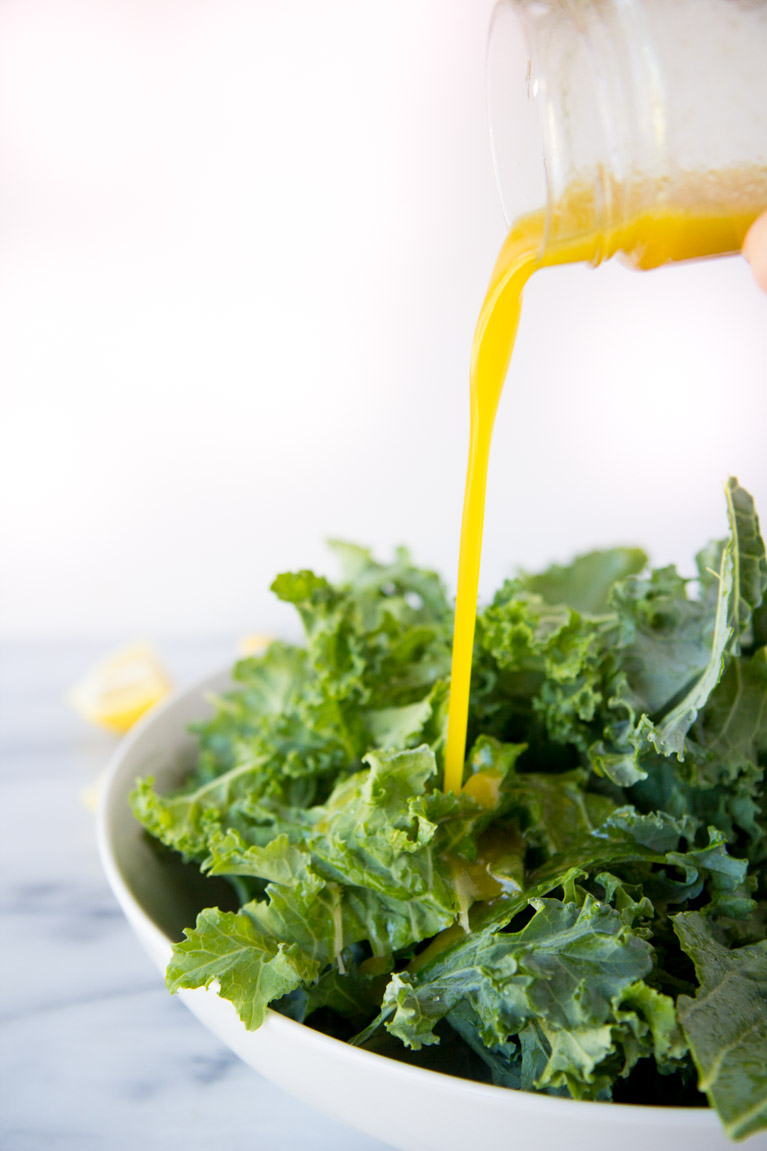 I thought I wasn’t a kale person.  However, I have been known to pay $5 at our farmers market for a kale smoothie because it has almond butter, almond milk, cinnamon and honey to dial down any overwhelming kale-ness.  But then I went to lunch with Claire a couple weeks ago at Local Foods and they had all these sides to choose from.  I went for the Tuscon Kale & the Acorn Squash.

Everyone who’s anyone knows that salads are made all the more delicious with toppings (is that the right who’s/whose…don’t know).  My kale salads need to involve more than just kale.  Otherwise…they won’t be eaten.  So when the restaurant tossed on the raisins and nuts and CHEESE, I was like oh yeah this is my jam (I don’t think I’d ever say, “this is my jam” in real life…but yay for a blog life).

This salad is my attempt at a knock off of their salad. 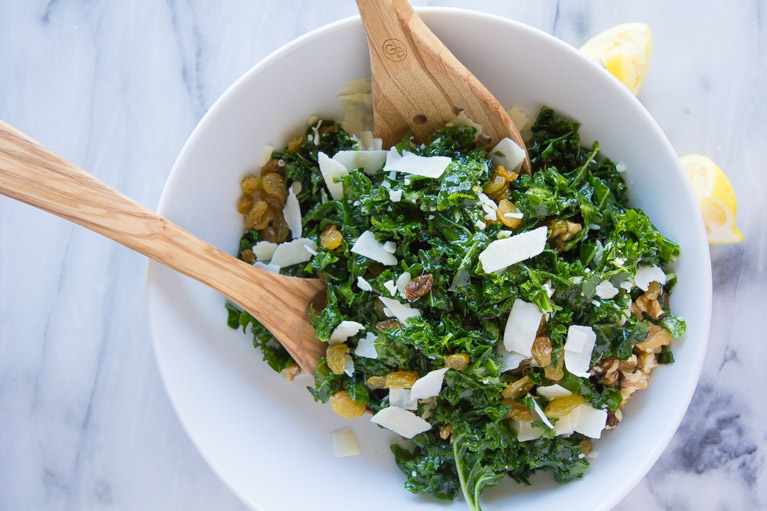 We ate this Monday night served with pan-seared salmon and homemade croutons (just wheat bread cubed and sprayed with olive oil cooking spray and tossed in salt/pepper.  Then baked at 400F until crispy, stirring occasionally).  I would have taken a picture for you…but daylight savings time hates food photography.

So funny story.  Wednesday night Andrew really wanted Chipotle for dinner but I wasn’t feeling.  I decided to cook this meal instead, which ended up being not the best despite how carefree and perfect the picture may make the potential dinner appear.  Halfway through cooking Andrew comes into the kitchen wearing MY “I love Chipotle” t-shirt.  So dramatic.

Also drama inducing is trying to decide was side dish to bring to Thanksgiving. 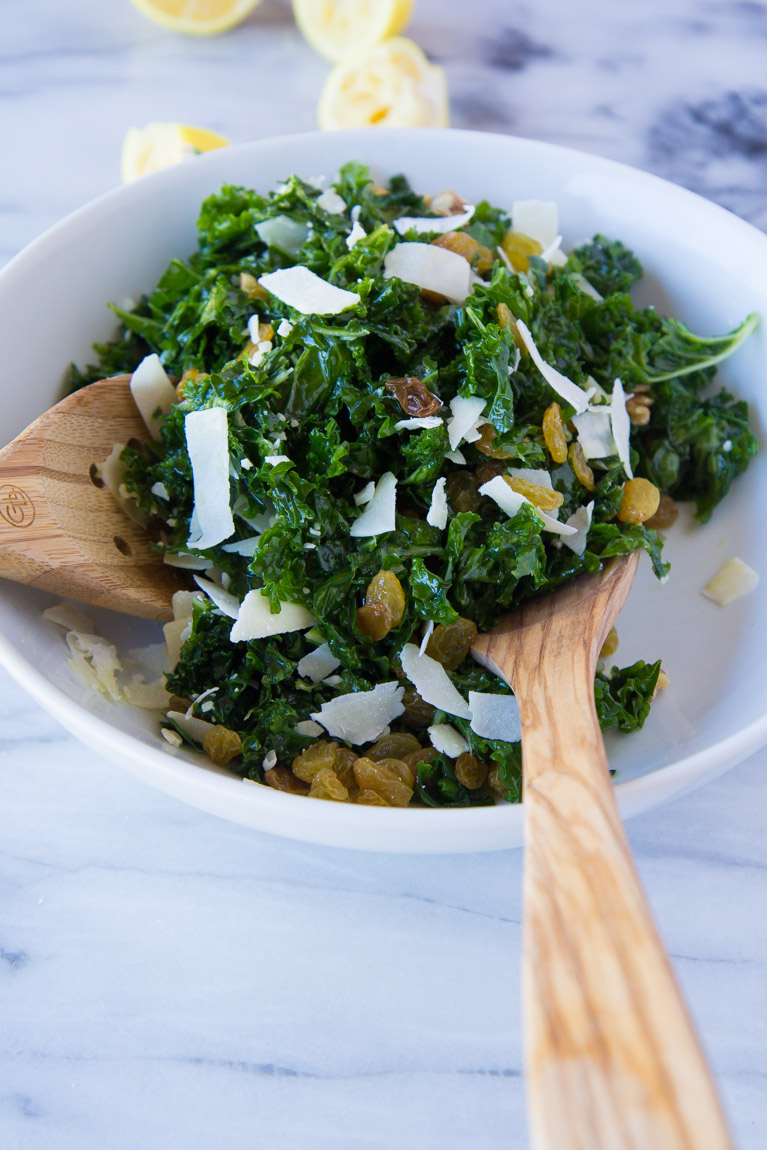 Sides are my favorite part of Thanksgiving.  Move out of the way, Turkey (or Lentil Walnut Meatloaf for our veggie only friends).

I’m all about the rolls and spoonfuls of my aunt’s broccoli salad and a scoop of my grandma’s (way too sugary yet somehow perfect) sweet potato dish, and absolutely avoiding that strange purple dish covered in marshmallows my grandma always shows up with.  And stuffing…I just can’t get behind stuffing.  I don’t know why I don’t like it.  Even cornbread stuffing I don’t like.  Is stuffing always made with cornbread? I’m confused…probably because I never eat the stuffing. 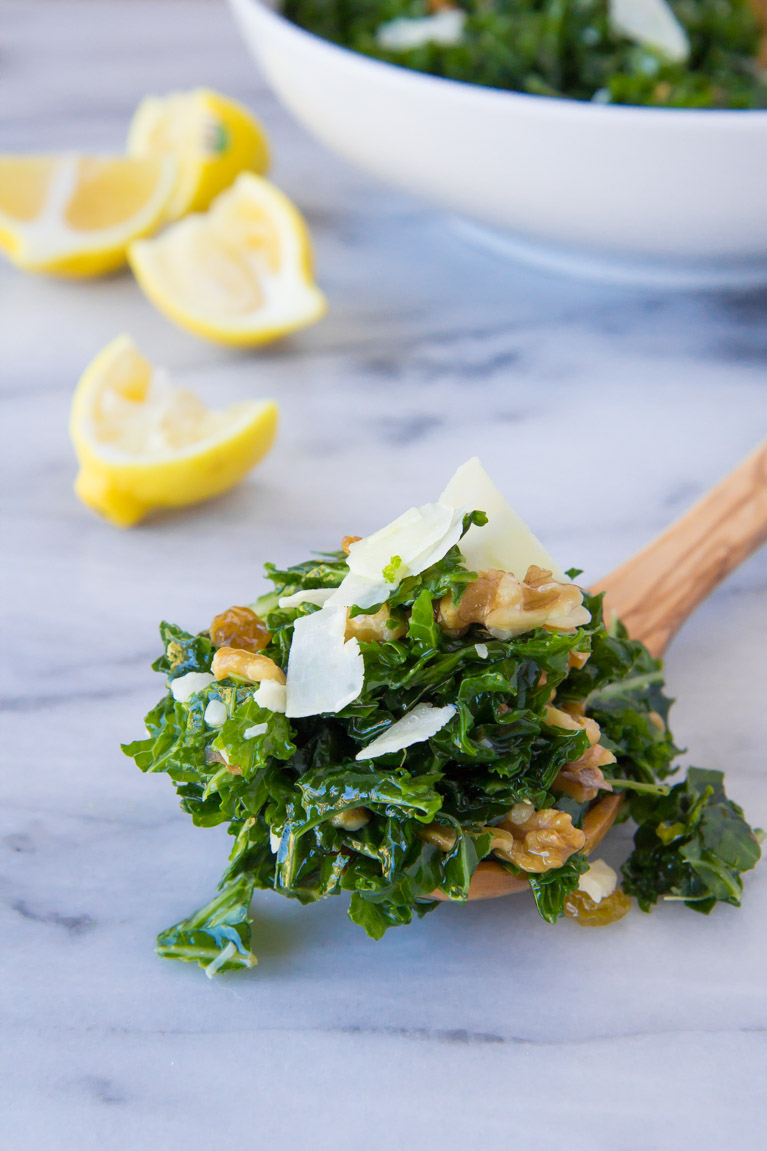 Savory Kale & Feta Bread via Running to the Kitchen 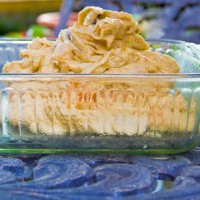 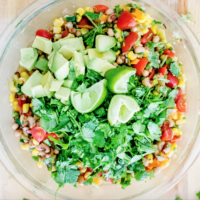 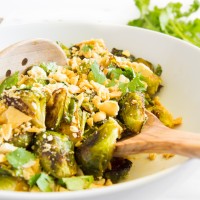 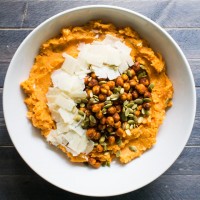