Yesterday was my 25th birthday. 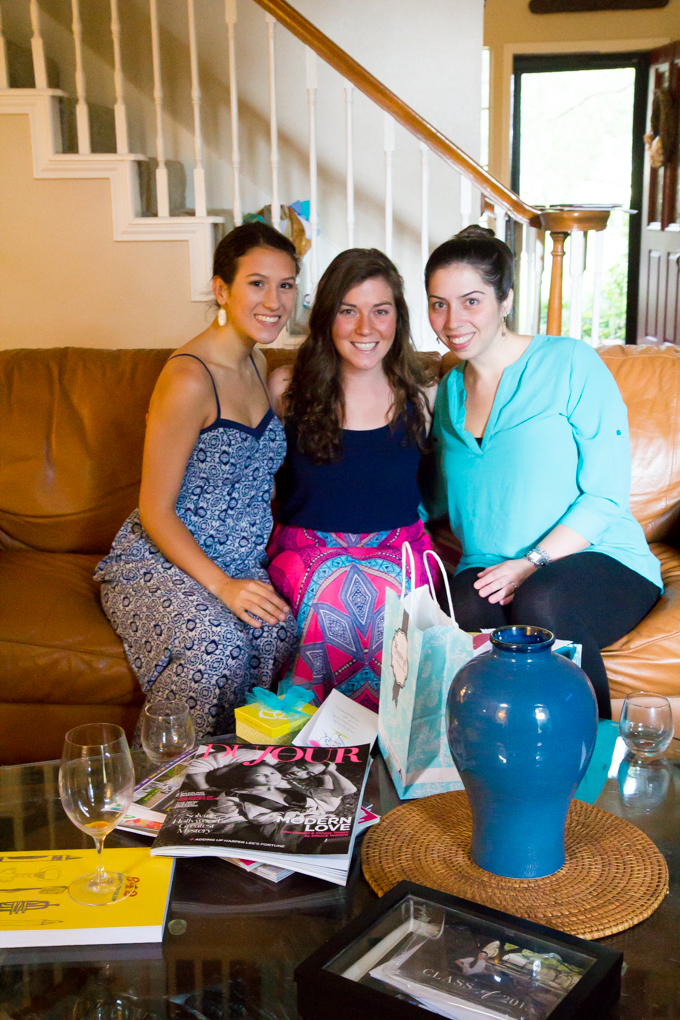 I felt different than ever before on this birthday.  Usually I’m insanely excited by the time my birthday rolls around, but this year I just felt…calm.  I’m signed up to take my RD exam in less than two weeks (I usually don’t talk about school stuff on here because I find it extremely boring and no one wants to hear someone complain)…but I think that’s causing me some anxiety and masking a weebit of my happiness emotion.  Those are my feelings. Meh.

To help get me out of my funk, I decided to celebrate with an Aces at Home dinner!  I’ve talked about Aces of Taste before, but Aces at Home is a new idea where a chef comes to your home and prepares a multi-course dinner for 2-10 guests. 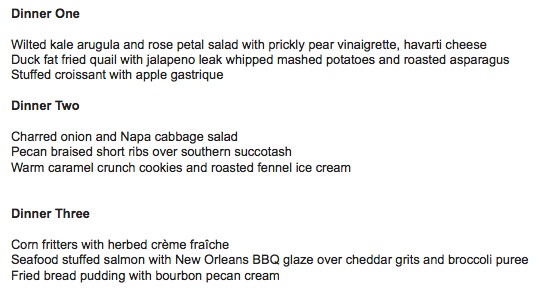 I went with Dinner Three! Picking the menu was really the only work I had to do.  Aces at Home took care of the rest (even cleaning the dishes!!).

We considered having the celebration at our house, but we don’t have a table that would seat 8.  Sooo my parents offered their house (and table) for the night.  AND my dad came up with wine pairings for each course, which made the night that much more special. 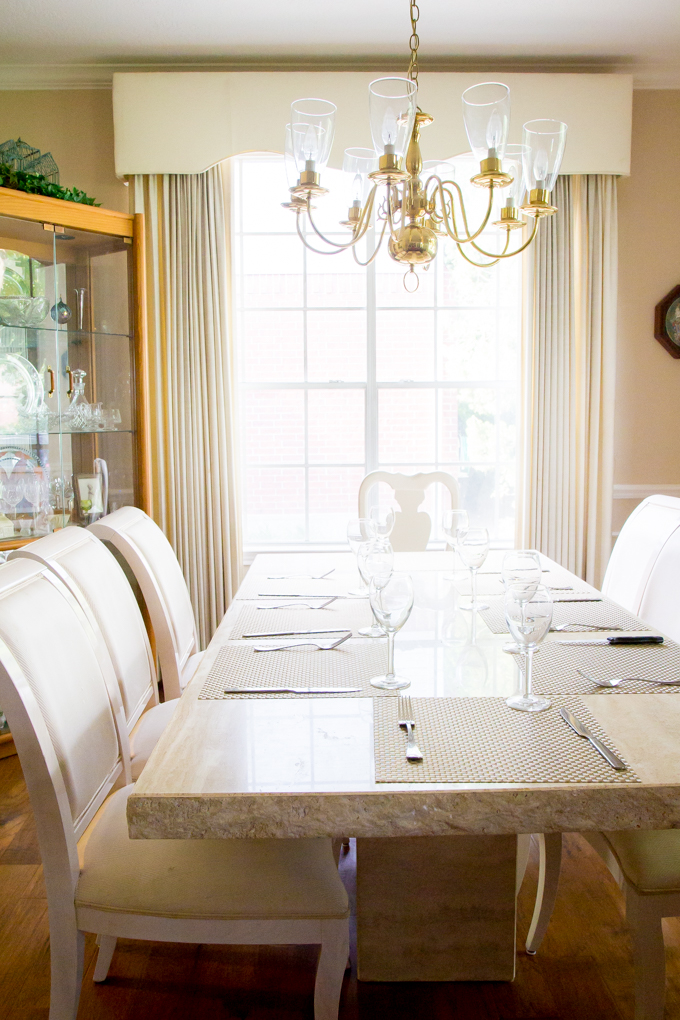 First up was a surprise course that the chef said was to, “whet your appetite.”  Chef Vicky Andrews had a fancy name for this dish that I can’t remember, but she said it was basically a deconstructed deviled egg with fried cotton strands & micro greens.  Since I ended up picking a New Orleans-esque menu, the colors of the dish were very New Orleans-y with the purple, green and gold. 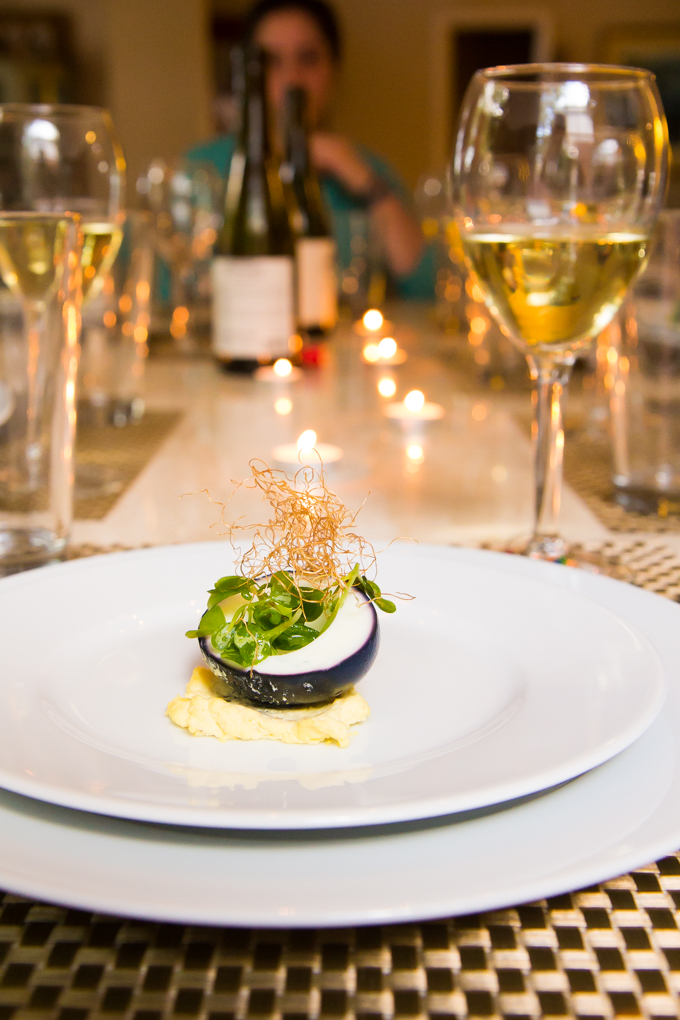 The second course was a corn fritter with herbed creme fraiche & gulf shrimp.  My dad said it tasted like fried cornbread, so obviously I loved it.  Love me some cornbread. 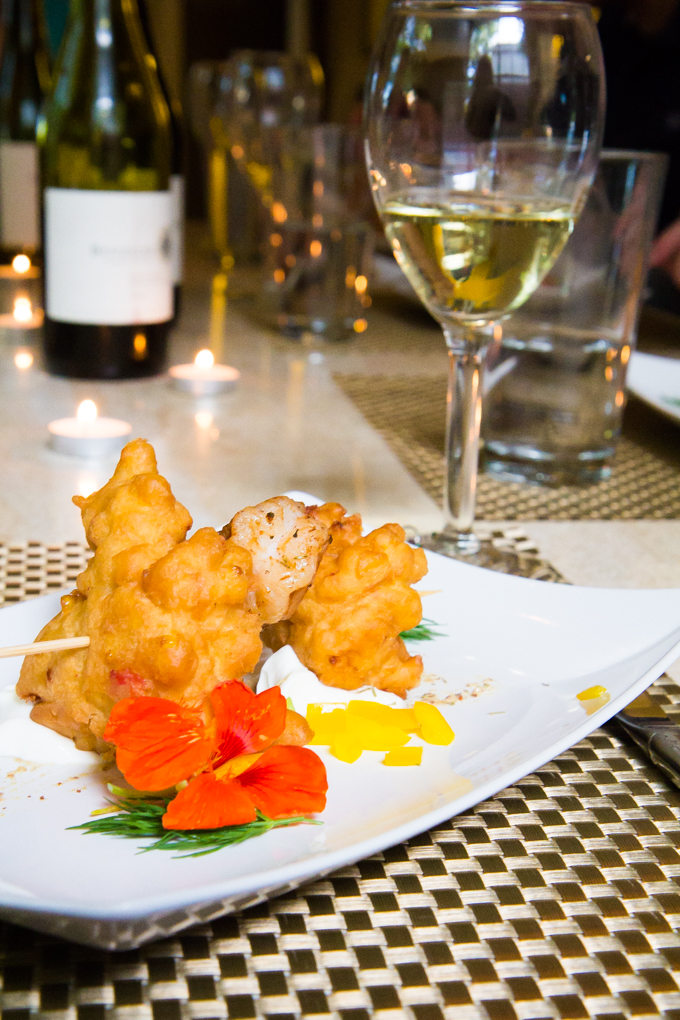 After each course was brought out, Chef would come out and briefly talk about the dish before we dug in. 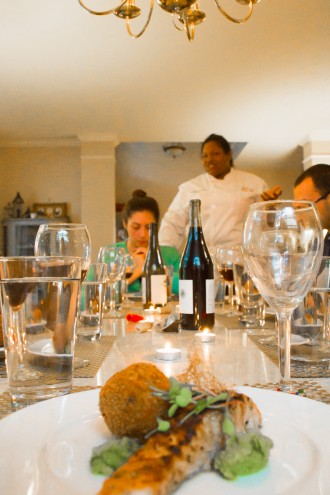 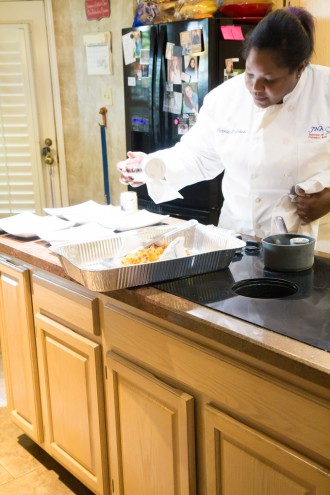 Up next was grilled & smoked salmon + broccoli puree + crispy seafood ball (which reminded me of the fried mac n’ cheese we had on our anniversary).  Yum. 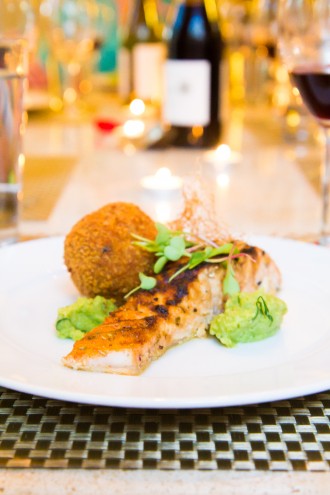 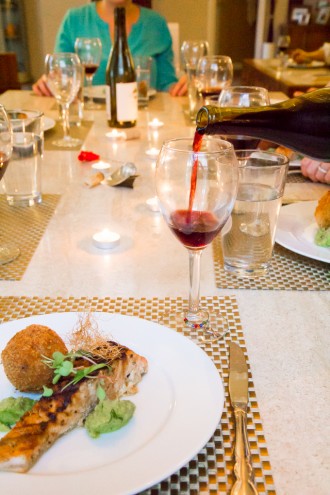 To finish off the night was bread pudding with bourbon ice cream (from Honeychild’s Sweet Creams) and candied pecans.  I was bummed when I realized I forgot to bring candles with me…it’s not a birthday unless you get to blow out candles!  So I was pumped when I realized they had some for me!! 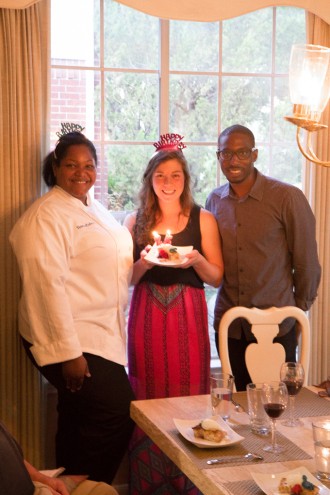 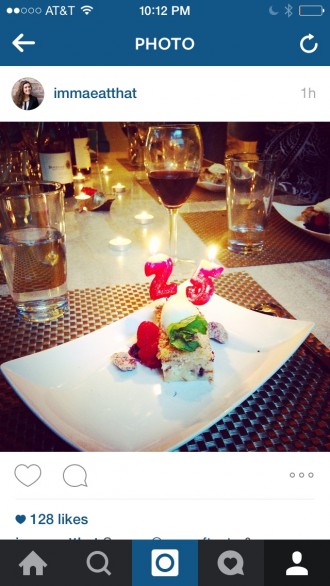 It was such a great night.  I was really happy with the food portions.  I left full, but not stuffed.  But most of all…relaxed after a great night with family and ready for another week of studying.

(p.s. notice the battery amount on my phone in the above picture? story of mah life.) 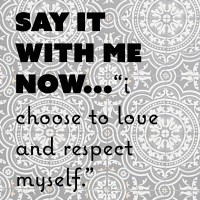 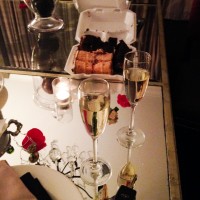 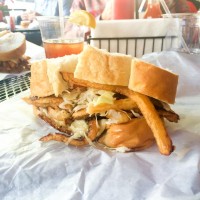