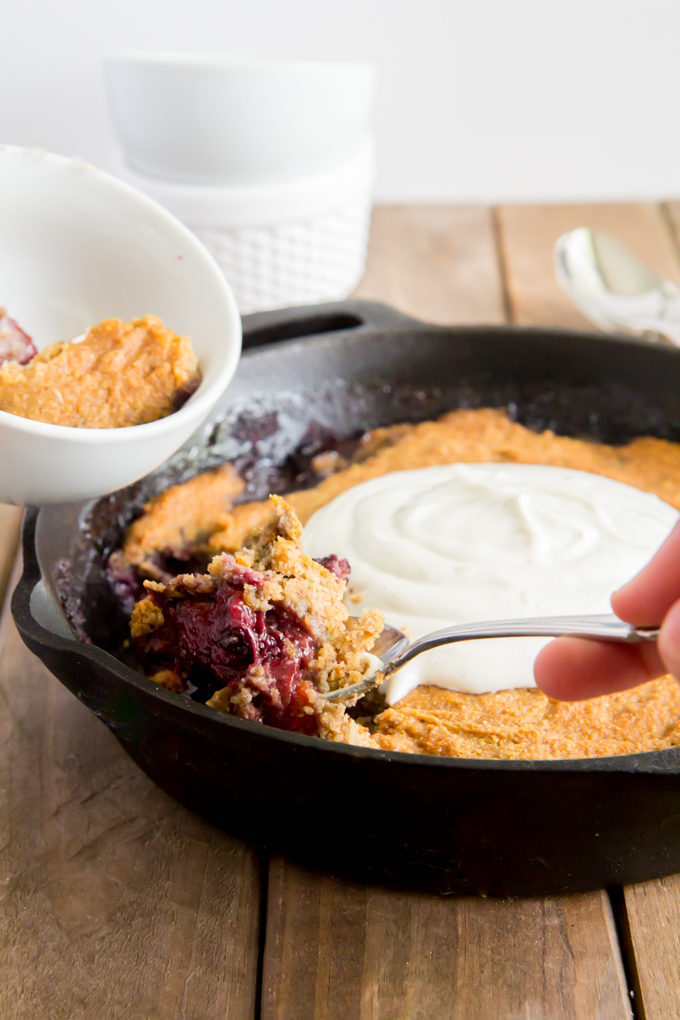 I’d say it’s things like fruit and almond butter and greek yogurt and an egg.  So clearly what we have here is breakfast.  Because we have all those things.

This type of recipe is my favorite type of recipe.  It’s a sweet breakfast recipe.  This blog was pretty much founded on single-serving breakfast recipes.  It was my thing.  And really still is my favorite thing, even if I now share more non-single serving and dinner recipes too.  I’m trying to branch out.  But I miss you single-serving breakfasts.  I’ll come back for you soon. 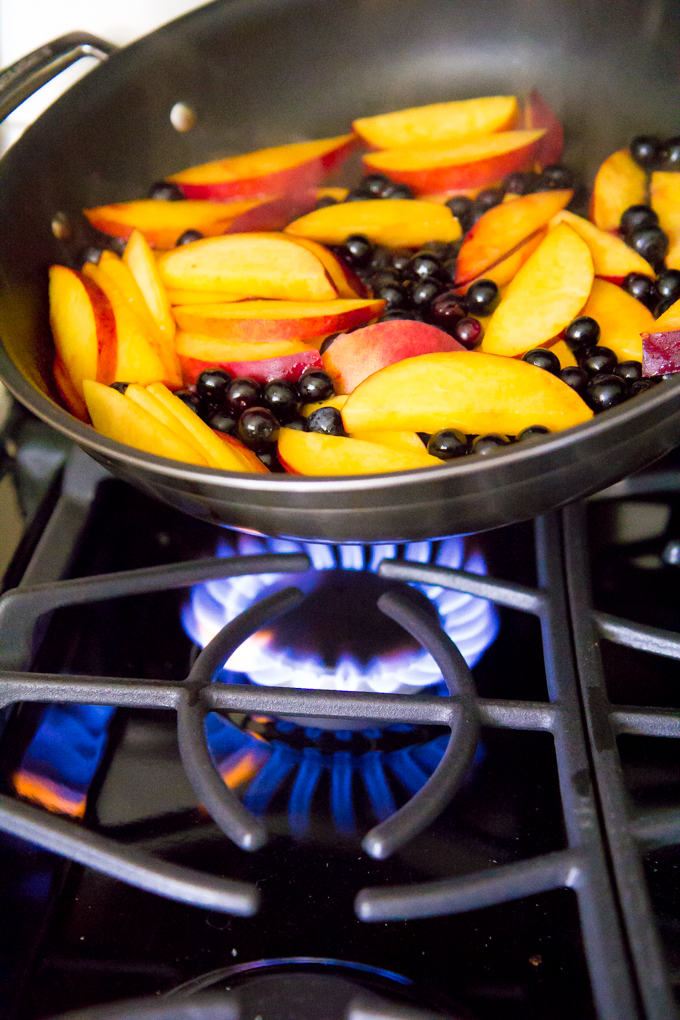 I’m falling deeply in love with cooking on gas.  Mainly because the pictures are so much prettier than on an electric stove.  And I feel like I’m cooking on a campfire because there’s a FIRE!  And campfire thoughts brings on thoughts screaming, “Let’s s’more!!!!”

This is going to be a great relationship. 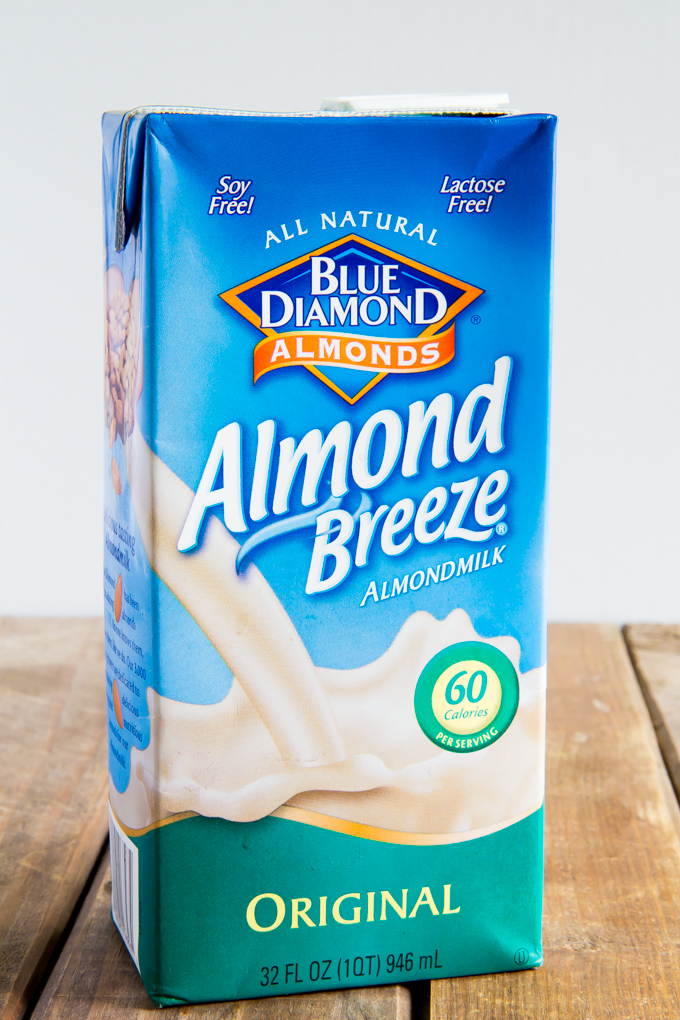 Now.  Cobbler topped with ice cream is the way to eat cobbler BUT we’re changing things up today.  Instead of ice cream (which I do have 2 pints of in my freezer. because I’m sharing an insane recipe with you this week.  a recipe that I’m hoping you’ll freak out over as much as my mind is freaking out over.).

But.  Instead of a scoop of ice cream to top this, we’re making a coconut vanilla bean cream.  Well.  Maybe I shouldn’t call it cream because it’s just yogurt.  But yogurt IS creamy.  So we’re back to calling it a cream.  Deal with it. 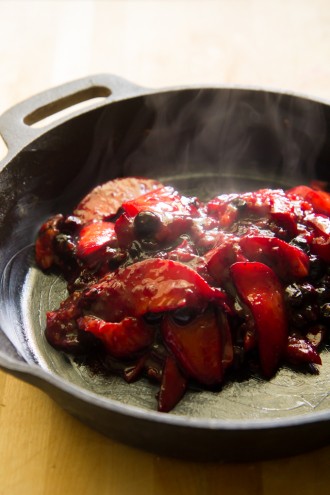 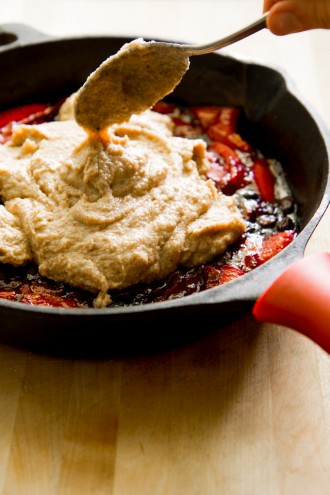 Peach cobbler is the best cobbler.  For sure.  I remember one time growing up my Uncle Lonnie (who isn’t really my uncle, but is really my uncle…do you have any of your parent’s friends who you call uncle/aunt but aren’t really uncle/aunts?).

Anyways.  We were camping and my Uncle Lonnie made a peach cobbler over a campfire and I remember it being the most delicious thing I’d ever eaten.  Peach cobbler is the only way I could be bribed into going camping now.  Not the biggest camping fan.  Too many childhood memories of scorpions in my tennis shoes. 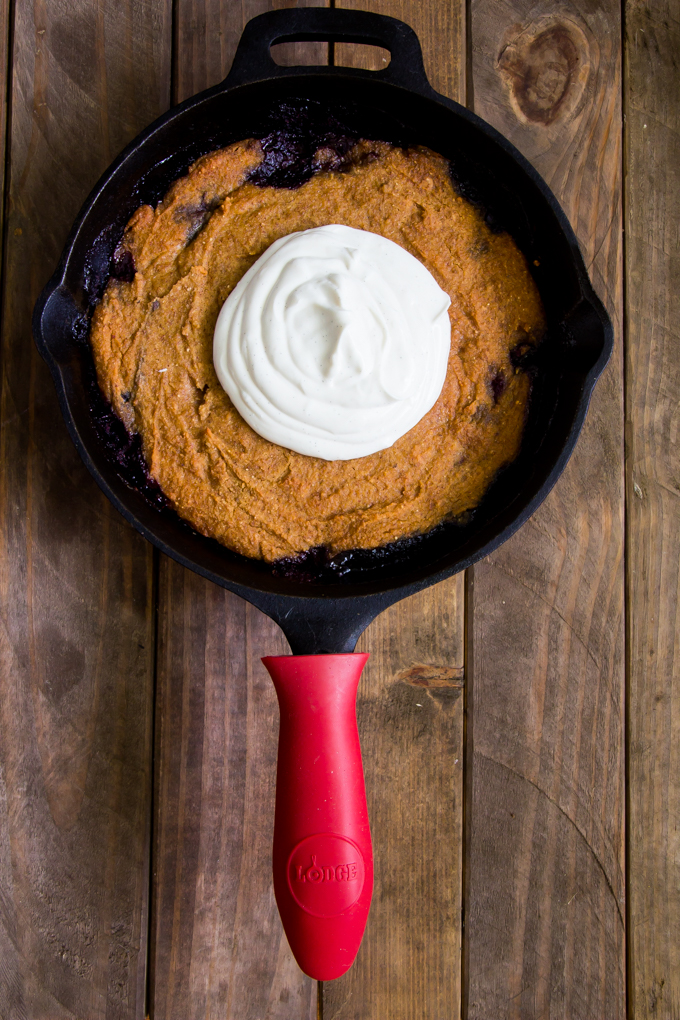 I know the word ‘breakfast’ is in the title, but this cobbler is perfectly acceptable for snack time or dinner time.  Really, it’s the anytime cobbler.

May your summer be filled with sunshine, sandy beaches and anytime cobbler. 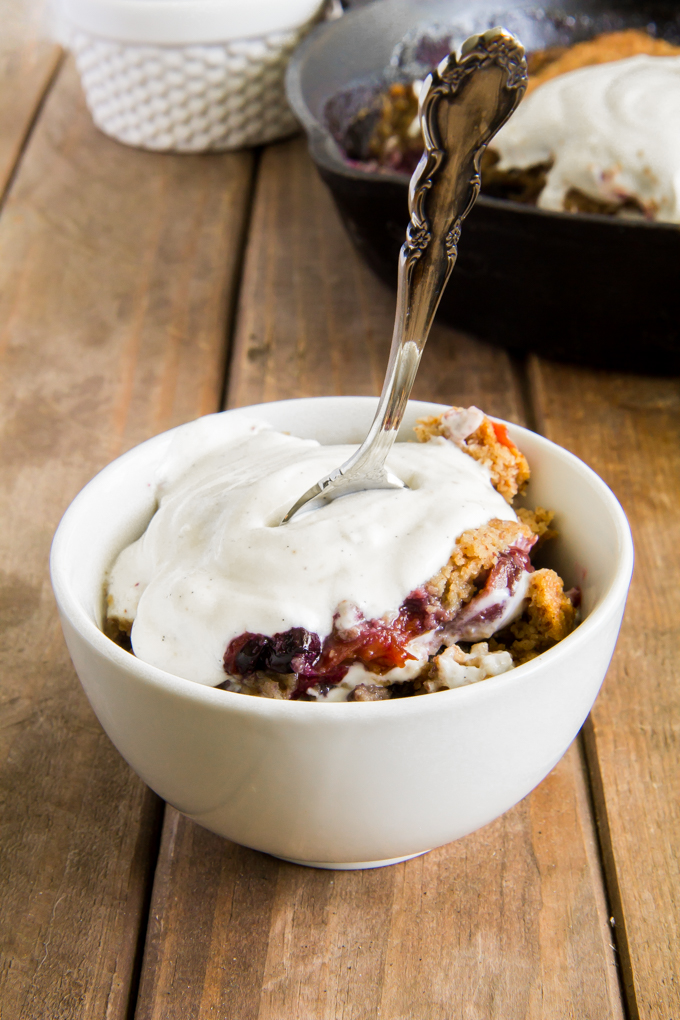 Preheat oven to 350ºF and grease a cast-iron skillet with butter or coconut oil.

Add peaches and blueberries to a saucepan over medium heat.  Cook, tossing frequently, until fruit softens and begins to breakdown.  Pour cooked fruit into the greased cast-iron skillet and set aside.

I liked this best cold.  It's perfect served after sitting in the fridge overnight. 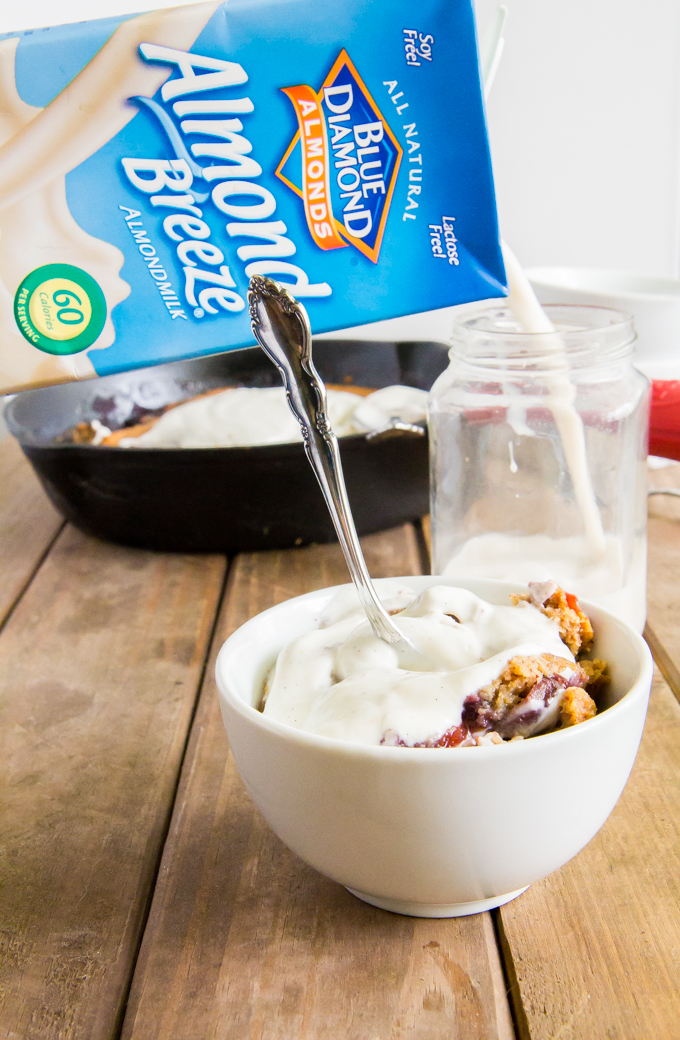 I’m newish to the grain-free baking world.  Are you team almond flour or coconut flour? Leave me some links to your favorite grain-free recipes below! Per usual I’ll make one soon and post my favorite to insta and tag ya. 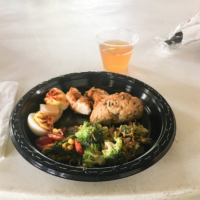 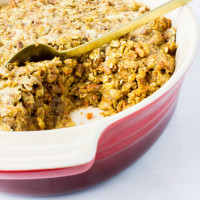 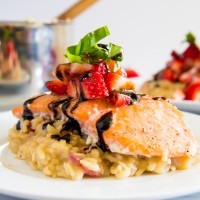