Day in the Life (last Friday!)

This was a funny day.  Workers were at our house all day, so I left the house early and decided I’d just eat all my meals out so I didn’t have to prep anything the night before.  I was tired and sleep sounded more appealing than meal prep.

But the funny thing was that throughout my day I kept getting meal after meal for FREE!

I woke up around 6ish and was hungry so I had a snack – peanut butter (that was from a Hatchery box!)… 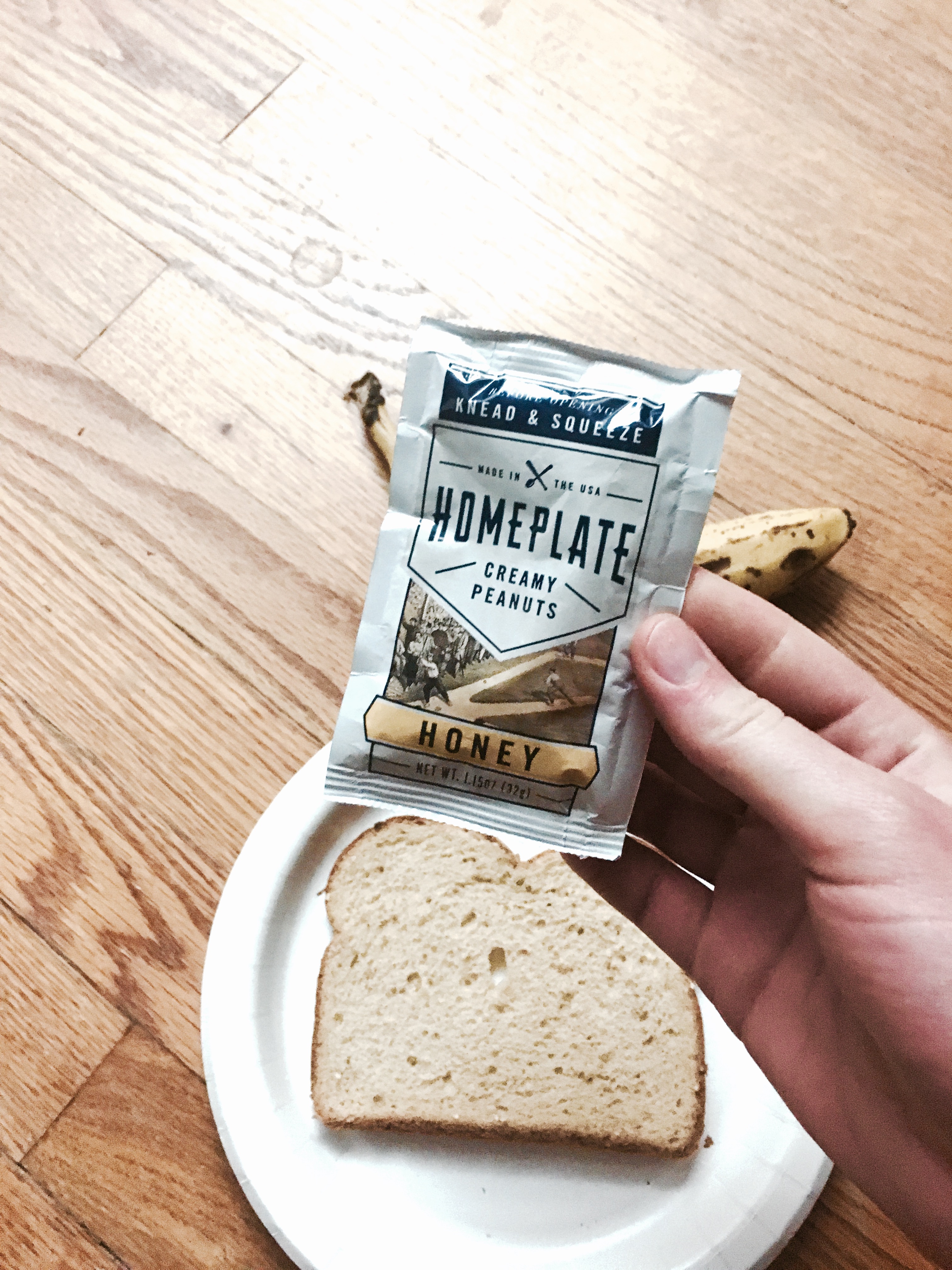 …served with banana slices and toast. 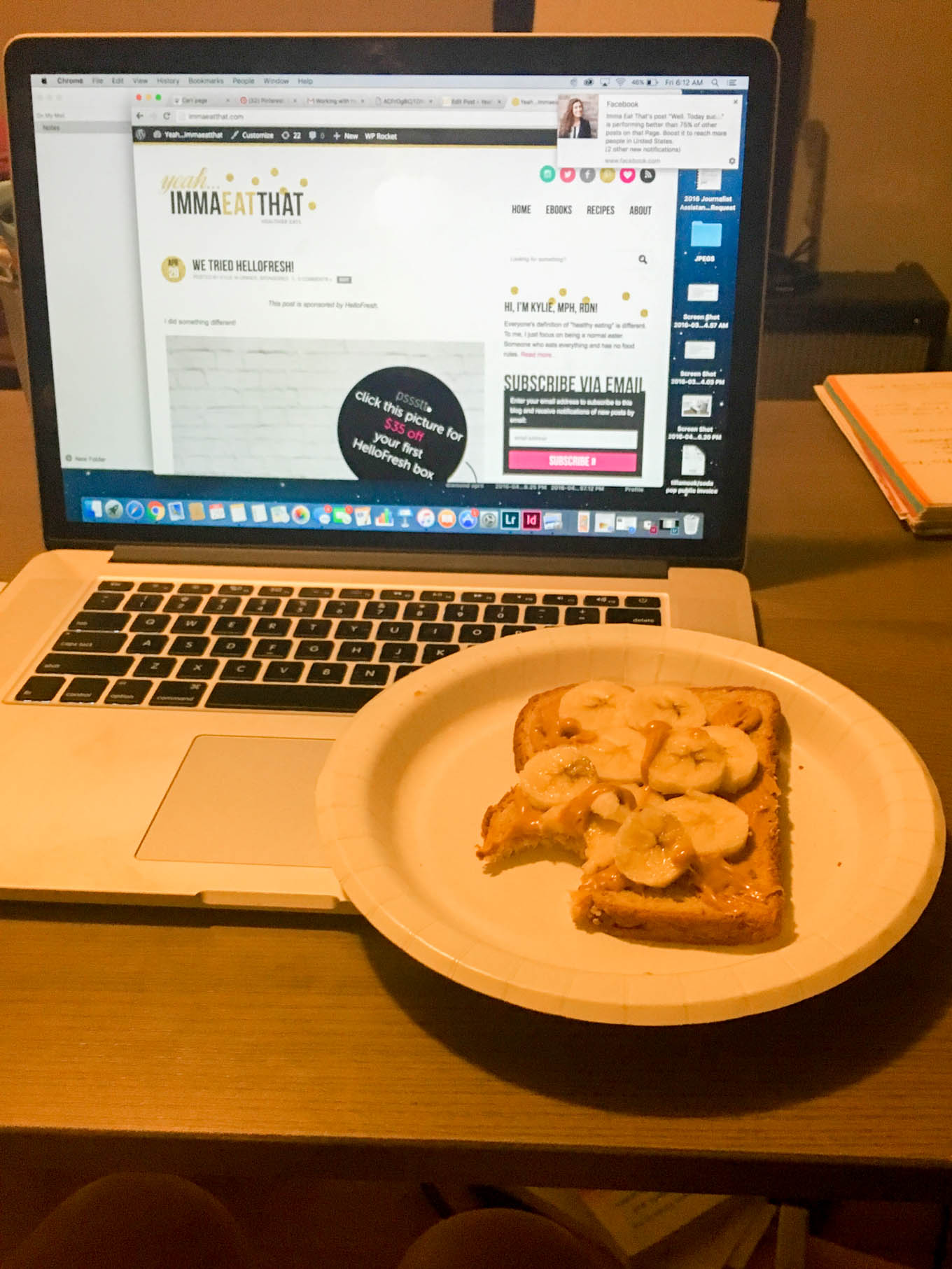 I had a sponsored post on the blog so I checked to make sure the post had posted properly and promoted it on facebook.  Then I packed up my computer and headed off to move a bit. 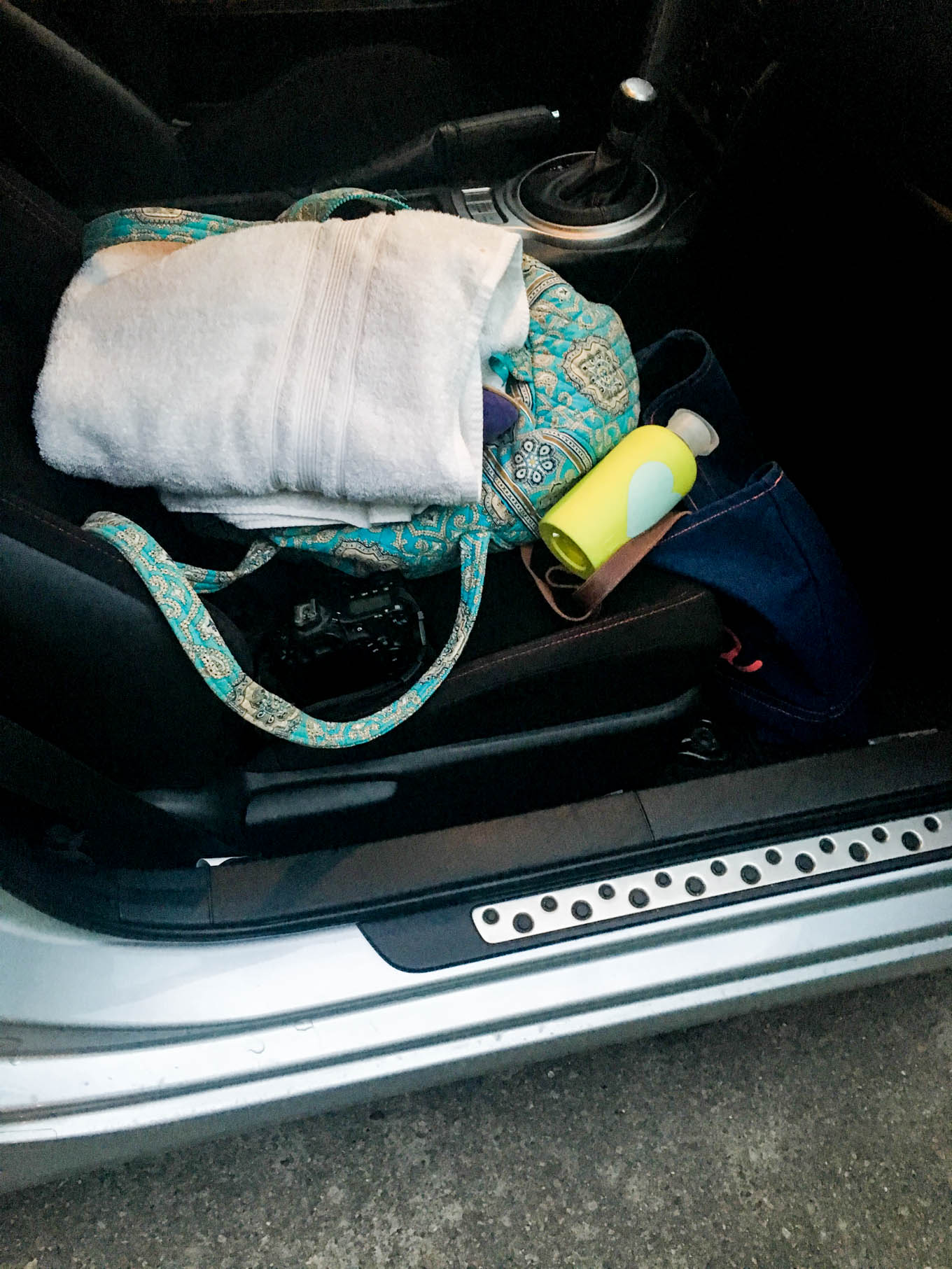 Orange Theory recommends you wear a heart rate monitor to track your energy expenditure.  I have zero interest in knowing how many calories I burn, but I have a lot of interest in just moving my body, so I don’t wear a heart rate monitor in the class.  I also use a stationary bike, instead of a treadmill like the rest of the class, because that’s what feels best for my body. 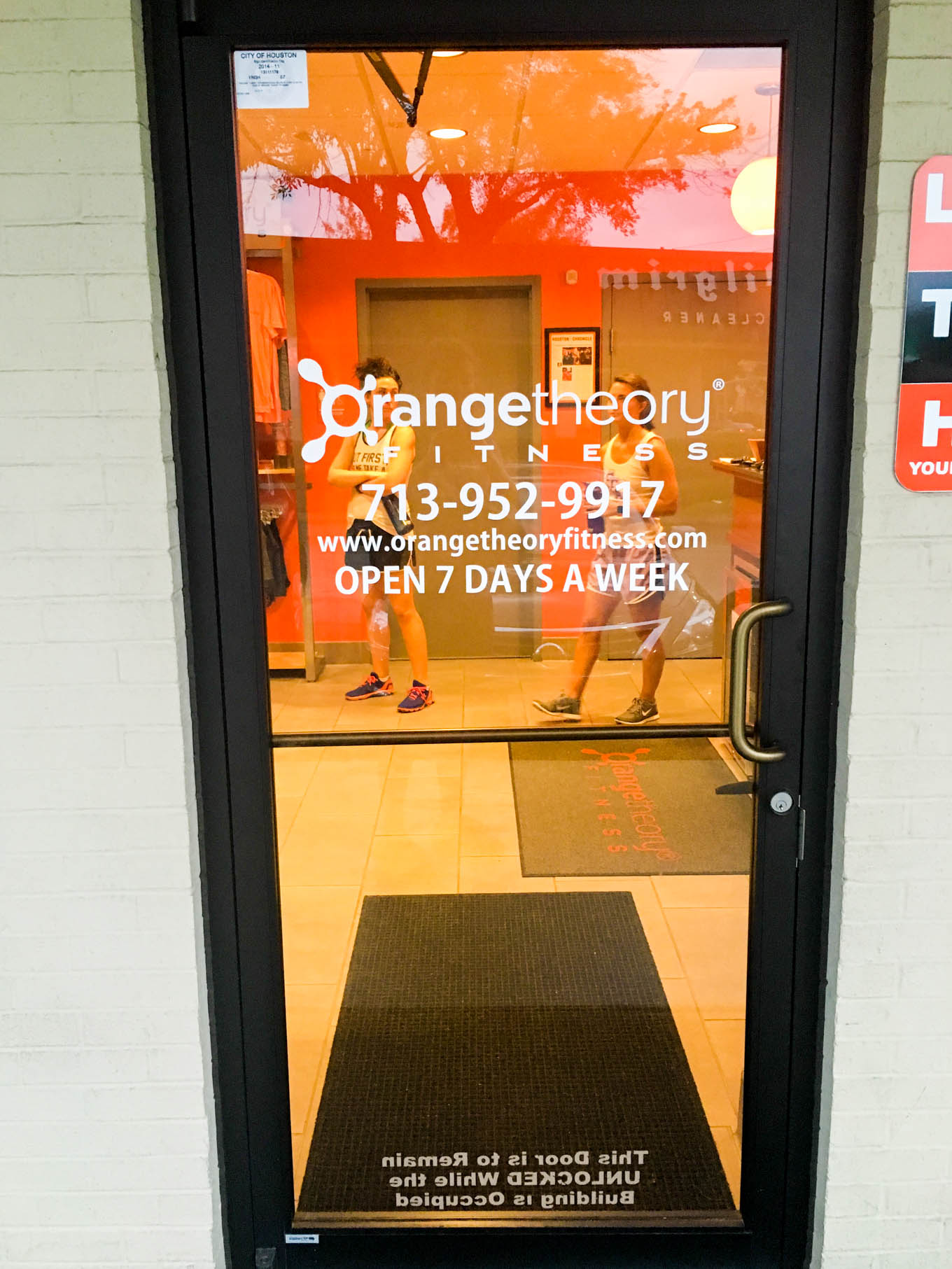 I’m always hesitant to share any activity I choose to enjoy.  I have found what works best for my body and I encourage you to find what works best for your body and to not use what I do (or what I don’t do) as a metric for what you should do.  YOU DO YOU.  But realize, you may need to assess your relationship with exercise if you are: 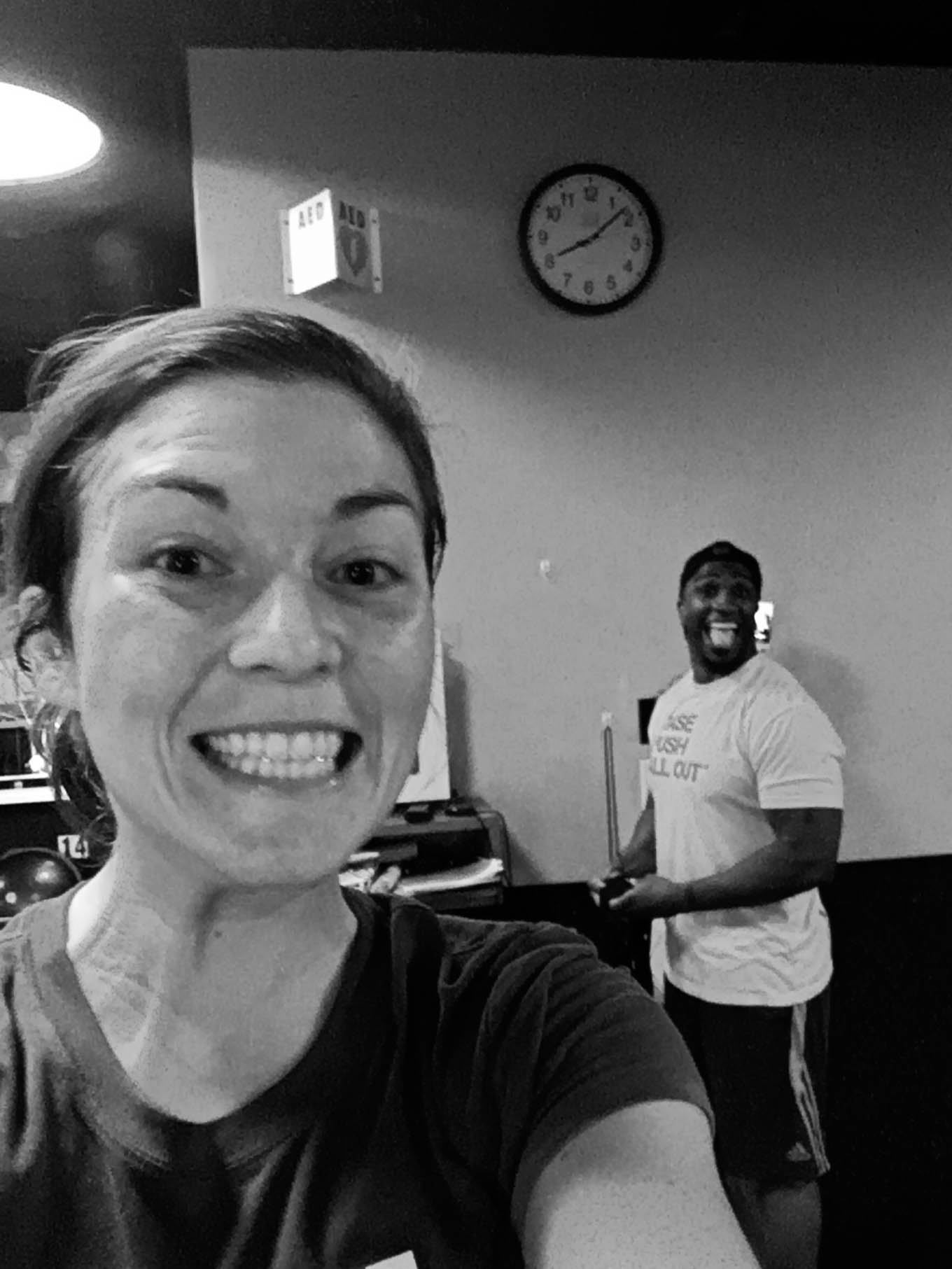 After class I showered at the gym and headed to Creative Mornings.

My friend told me about this event and since she was going I decided to join her.  It was randomly being held at the church Andrew and I go to, which made getting there easy and familiar. 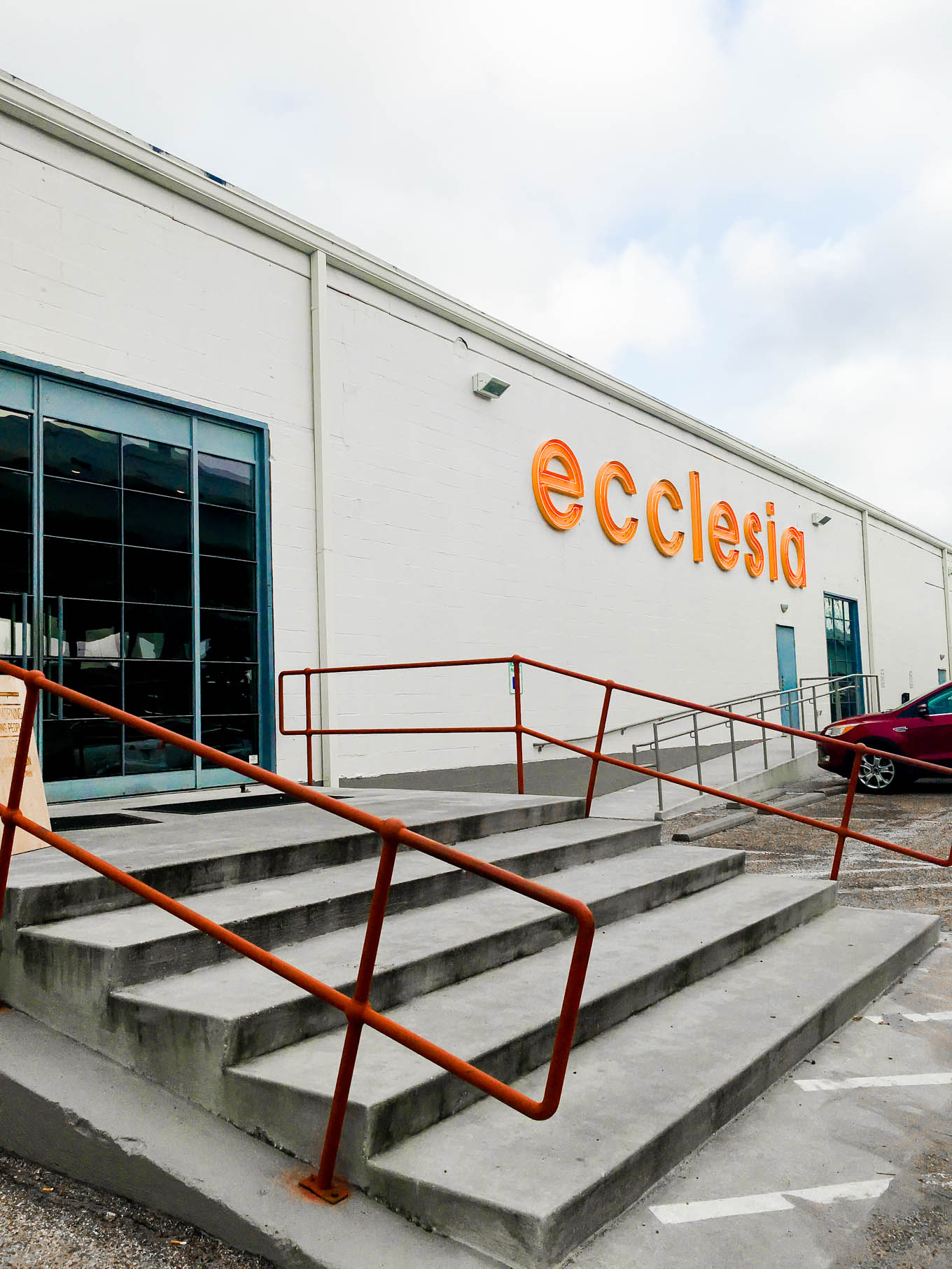 Creative Mornings is a free breakfast lecture series for the creative community.  I like breakfast and I like creativity, so it sounded like a perfect fit.

There is a coffee shop called Paper Co. inside the church, so I grabbed an iced vanilla latte (even tho there was free coffee.). 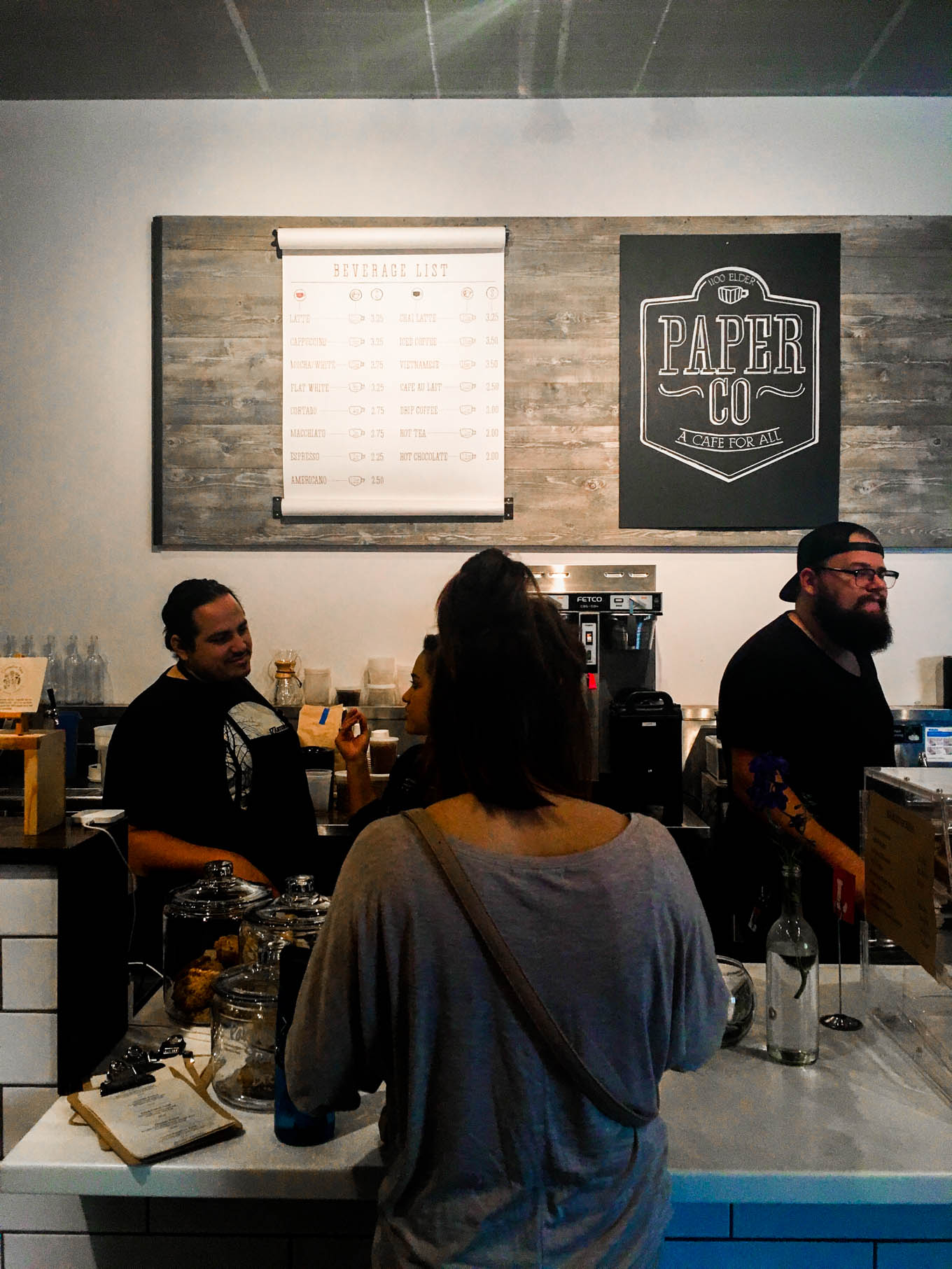 Breakfast tacos were provided by El Tiempo, a delicious local Mexican food restaurant.  Their tortillas were SO doughy.  The best.  I had one chorizo-egg taco and one egg-potato taco.  My favorite breakfast right now is breakfast tacos with an iced latte.  This was the start of the free meals! 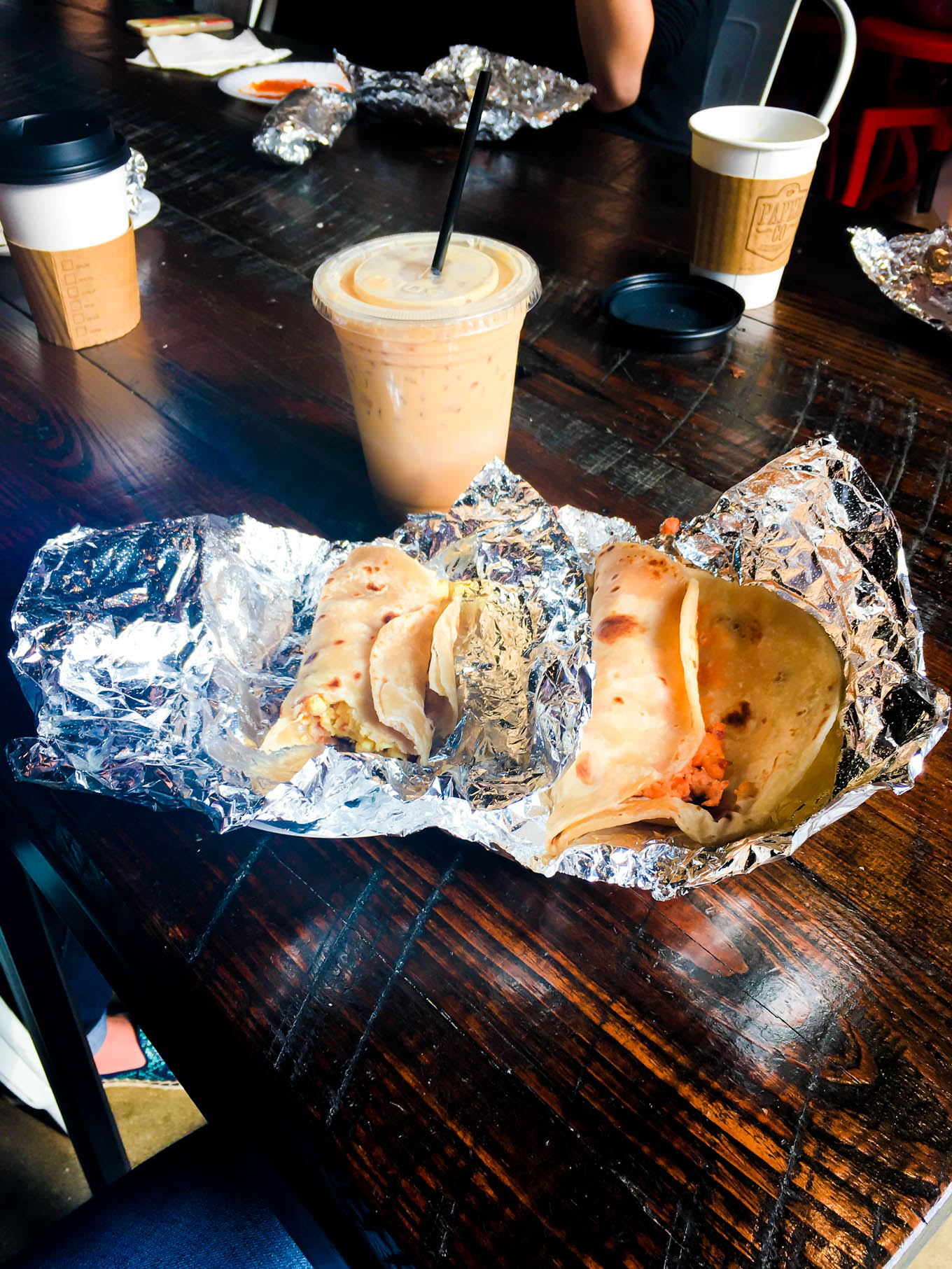 After breakfast I rounded a corner and voila! Free snacks!  Kind Bar had a table set up with free bars, so I grabbed one for later. 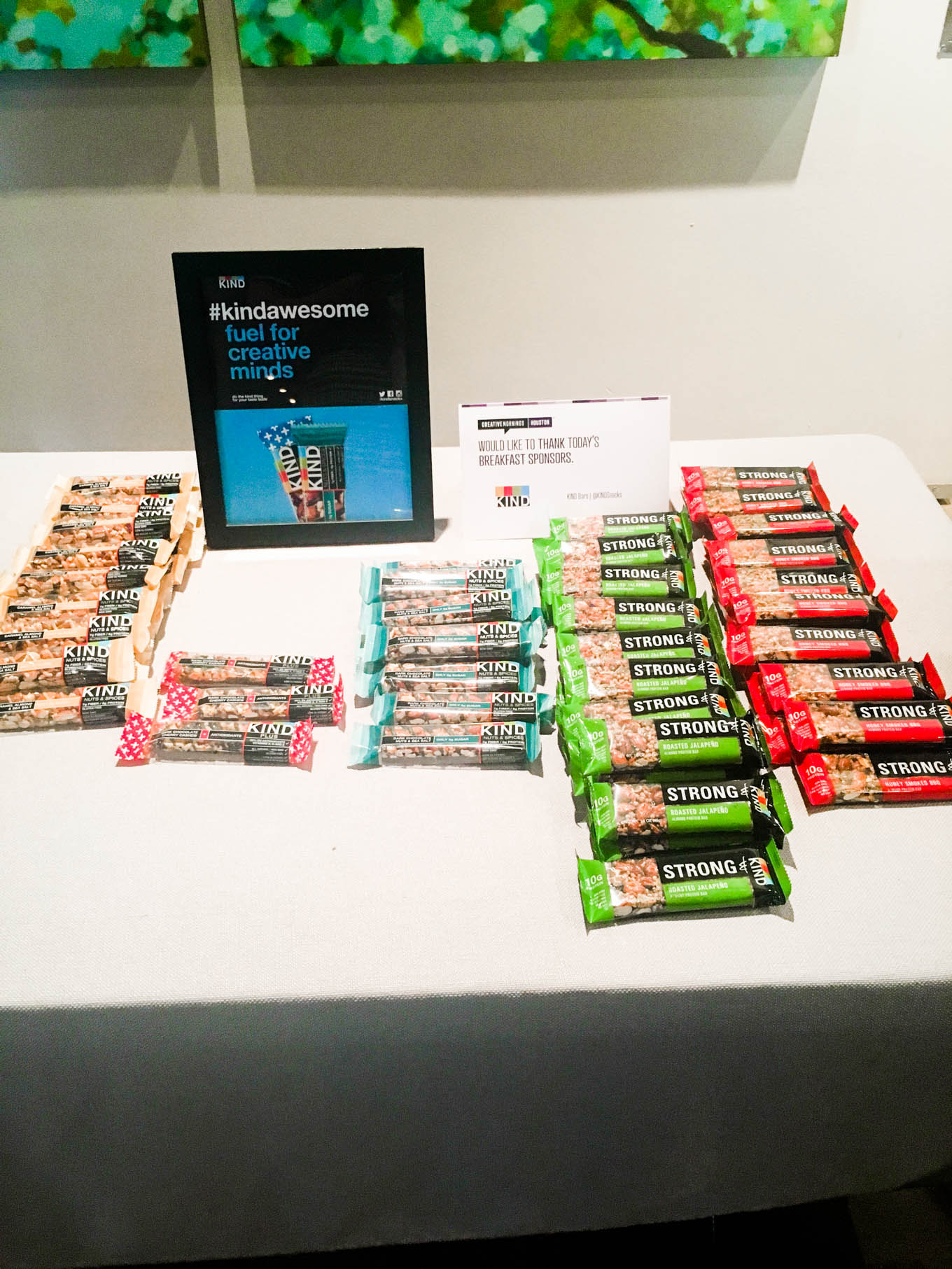 The speaker at Creative Mornings was Chef Chris Shepherd, who is a big deal in the restaurant scene.  He is the chef at Underbelly and won the James Beard Award in 2014.  If you come to Houston and have a small stack of cash to drop, I highly recommend Underbelly.  The menu changes daily.  Chef said every afternoon at 1:30pm he and his cooks sit down and plan the menu for that evening based on what the farmers/bird guy/meat guy shows up with.  So cool. 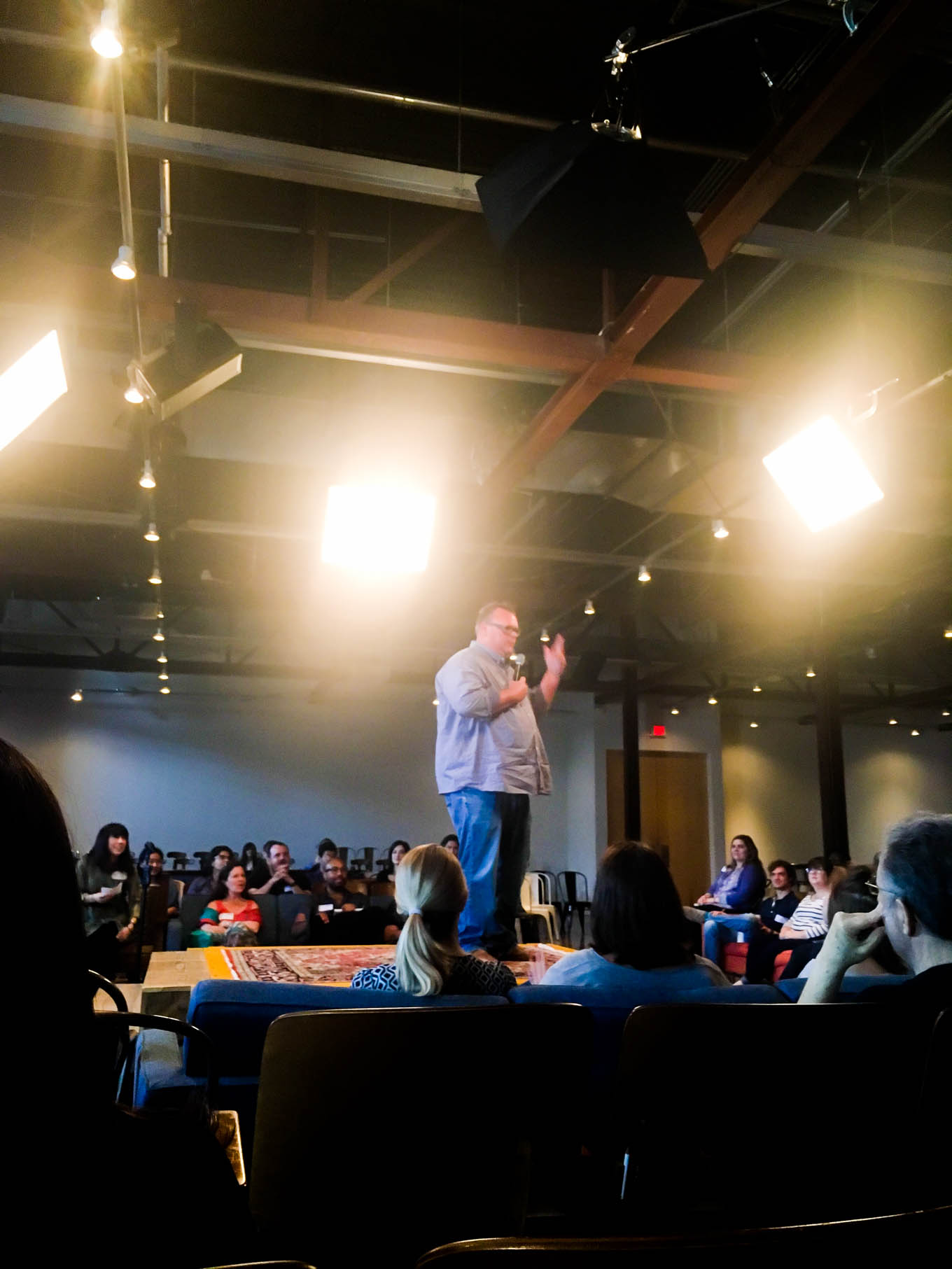 He spoke on risk. He discussed that when he is trying to decide if he should do anything he just asks himself two things, “Is it gonna be cool? Is it gonna be fun?” And if the answer is “yes”, he just goes for it.

He seems to be big on just making a decision and doing something, instead of overthinking and talking yourself out of things.  Entrepreneurial talks like this are funny to me because I don’t think of myself as an entrepreneur.  I don’t like risk at all.  I just don’t want to work for anyone.  I’m really uncomfortable when I feel like I’m being controlled, so I would not thrive in a 9-5 type of atmosphere.

My favorite thing that Chris Shepherd said was that at his restaurant he only has one award hung up because the goal is to get better everyday and not rely on past successes.  On the walls he instead has pictures of 50 people who inspire him and who he believes in more than he believes in himself.

I also loved that he has a deep love for Houston, which you can see when he talks.  He isn’t saying Houston is better than any other city.  He was just saying it’s nice feeling like you have a sense of place.

So true.  And I hope you have that love and sense of place for your city!

After the talk I sat in the coffee shop, had the KIND bar and worked on some social media shares for that day’s post + recreating one of the blog graphics that was coming through blurry. 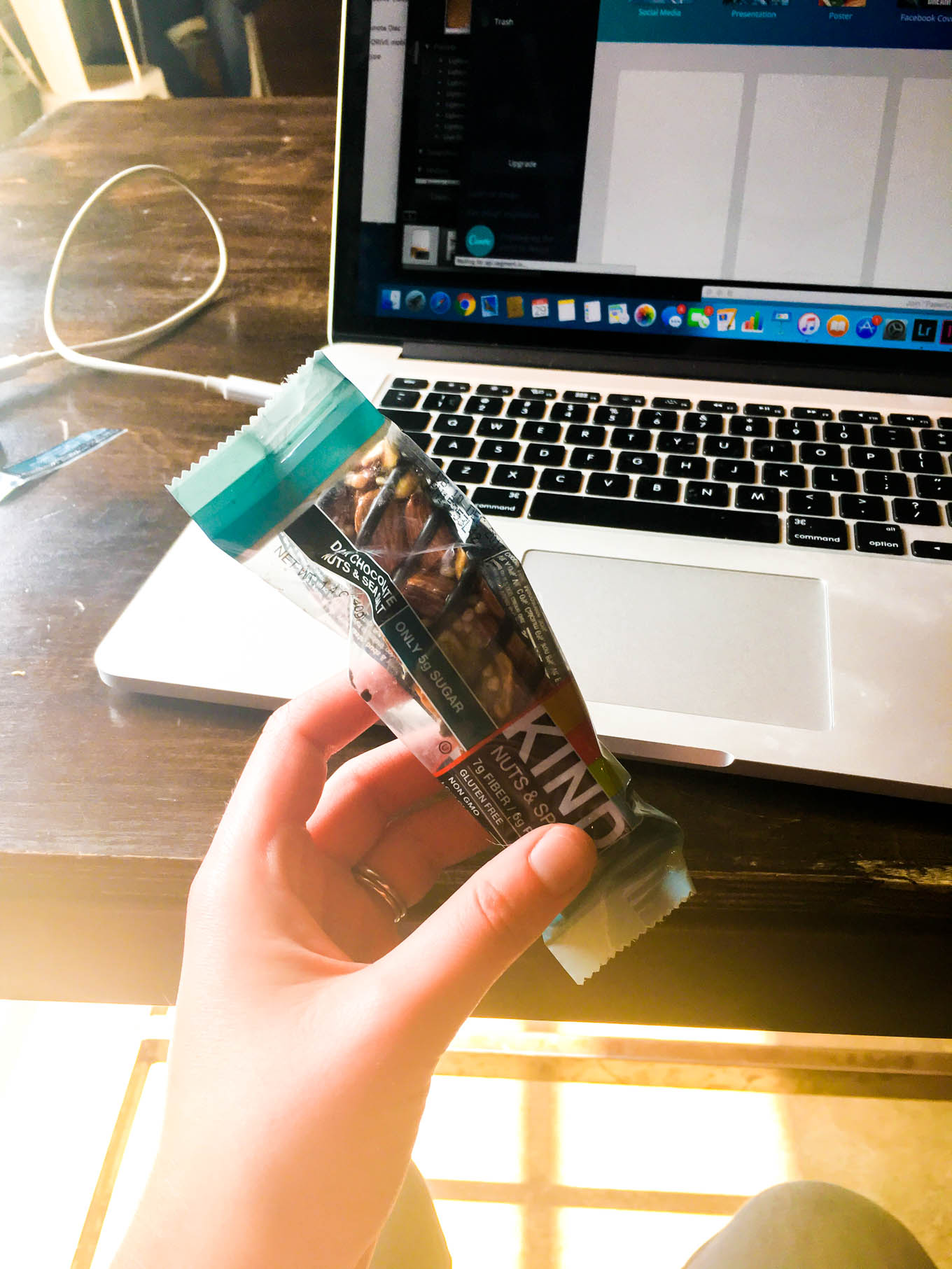 At noon-ish I had a call with a brand I’m collaborating with mid-May, so I found a quiet nook so I could jump on the call. 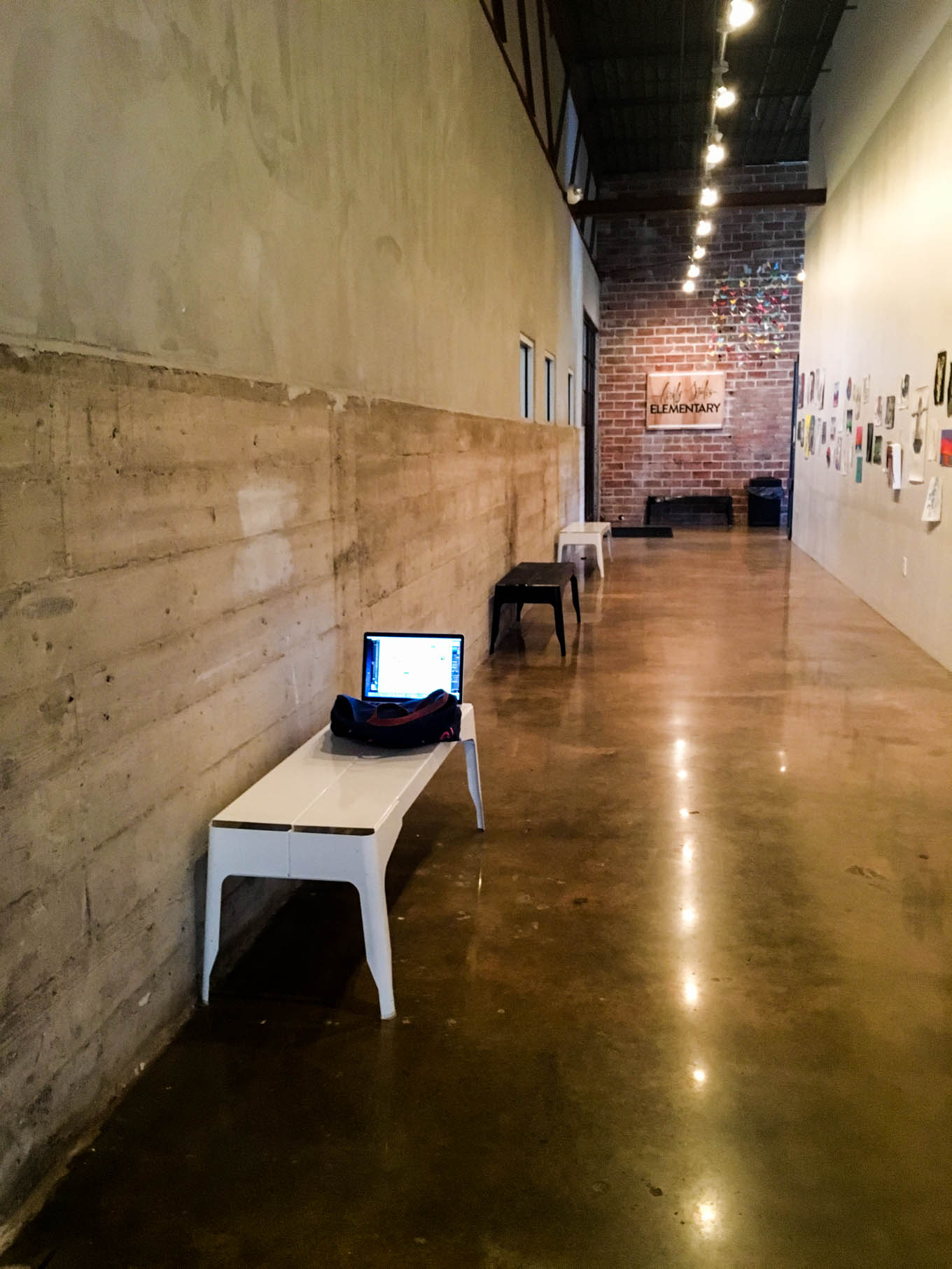 After I headed to Whole Foods to grab lunch.  I wanted to go someplace that wasn’t a coffee shop that I could sit and read.  So Whole Foods it was.  They have this awesome upstairs space with comfy chairs to hangout in. 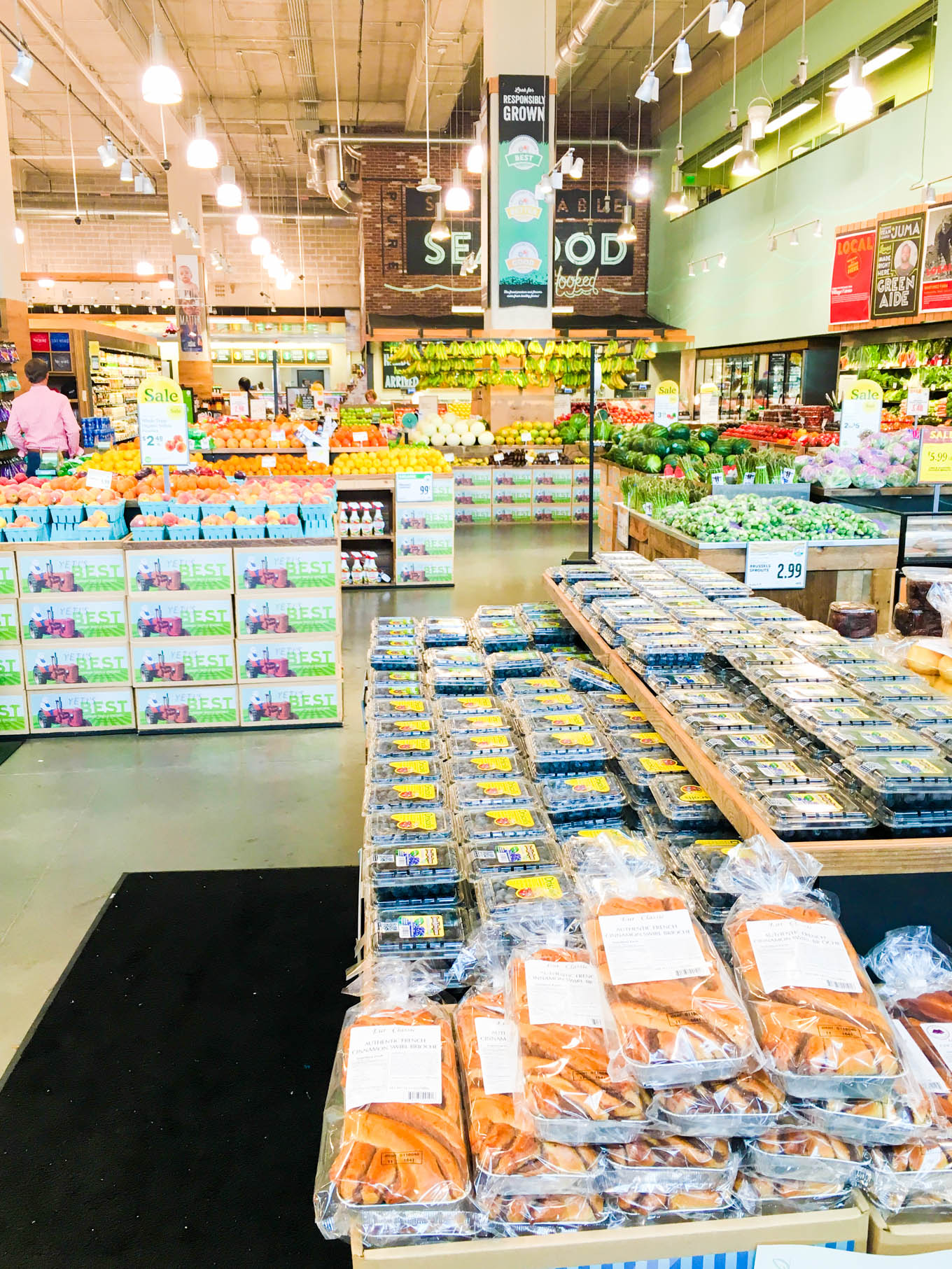 Lunch was sushi! I tried to pay for this but the cashier said it wouldn’t ring up and told me to take it for free.  WHAT?! Okay! 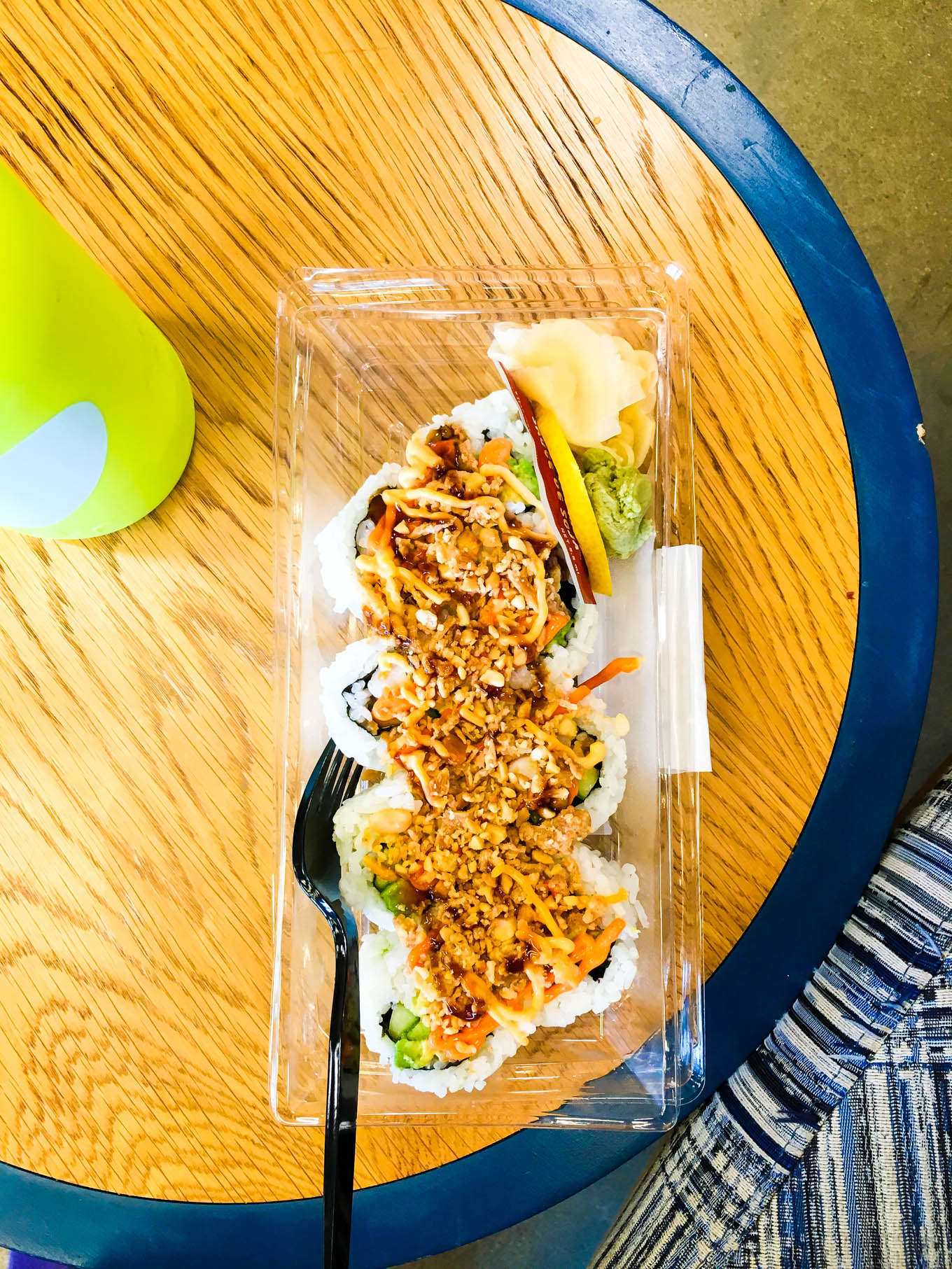 At some point while perusing my phone I came across this and loved it. 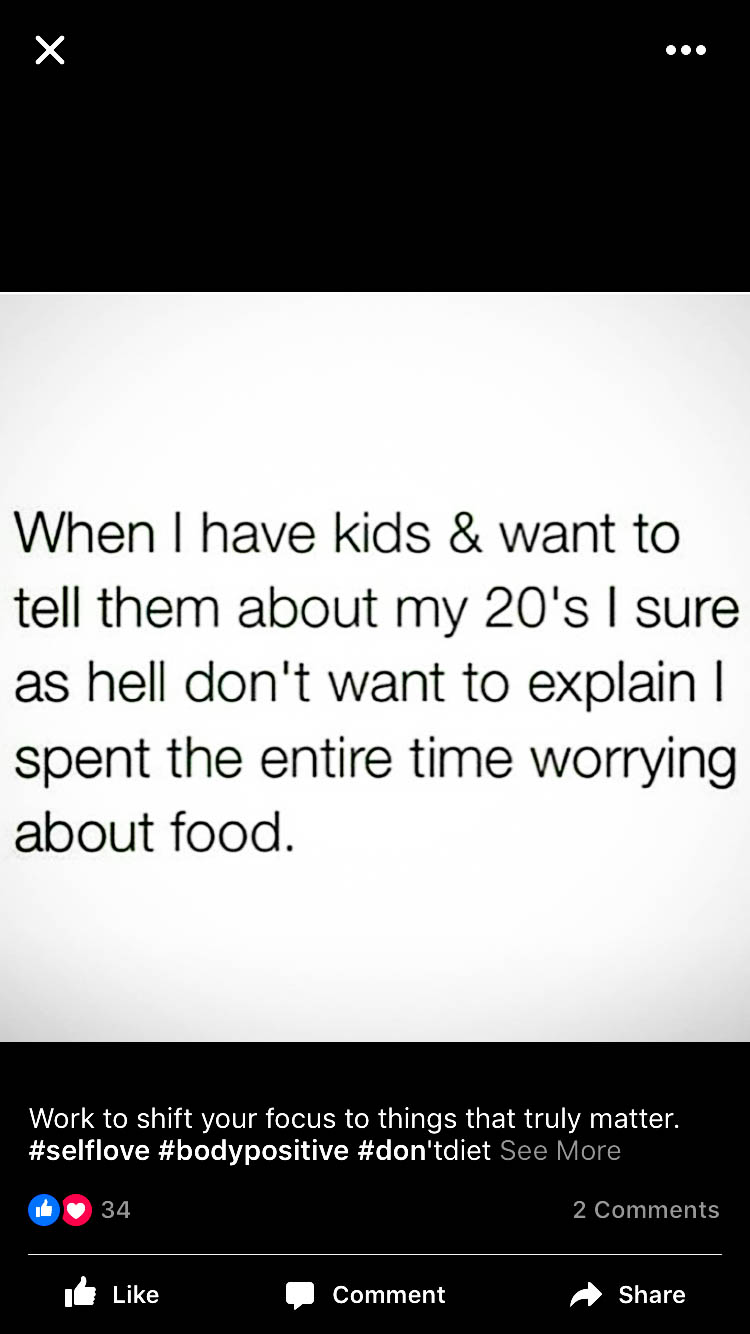 Then I planned out blog content for this week and sent out a couple pitch ideas to brands. 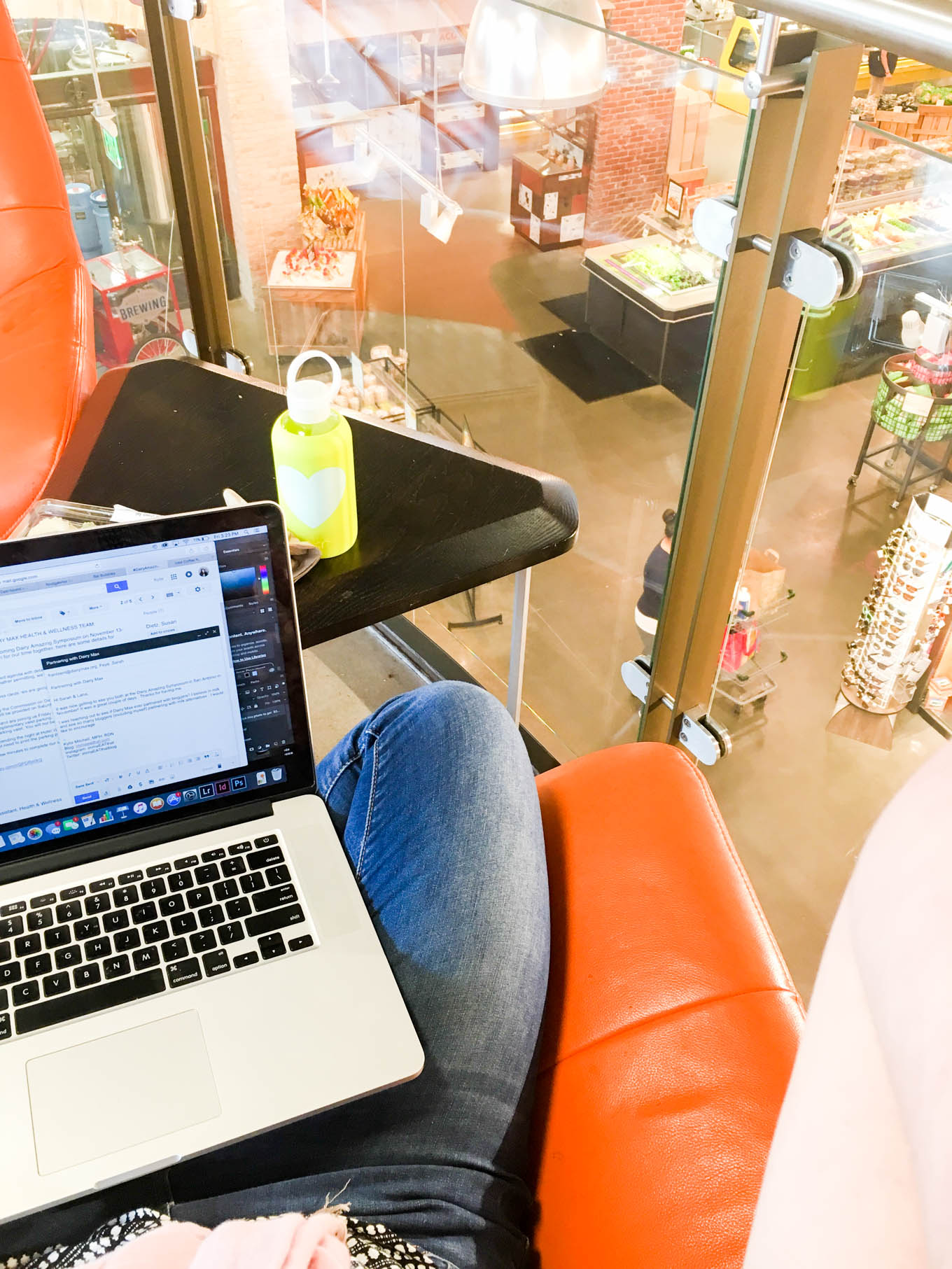 Then I read some of this book. 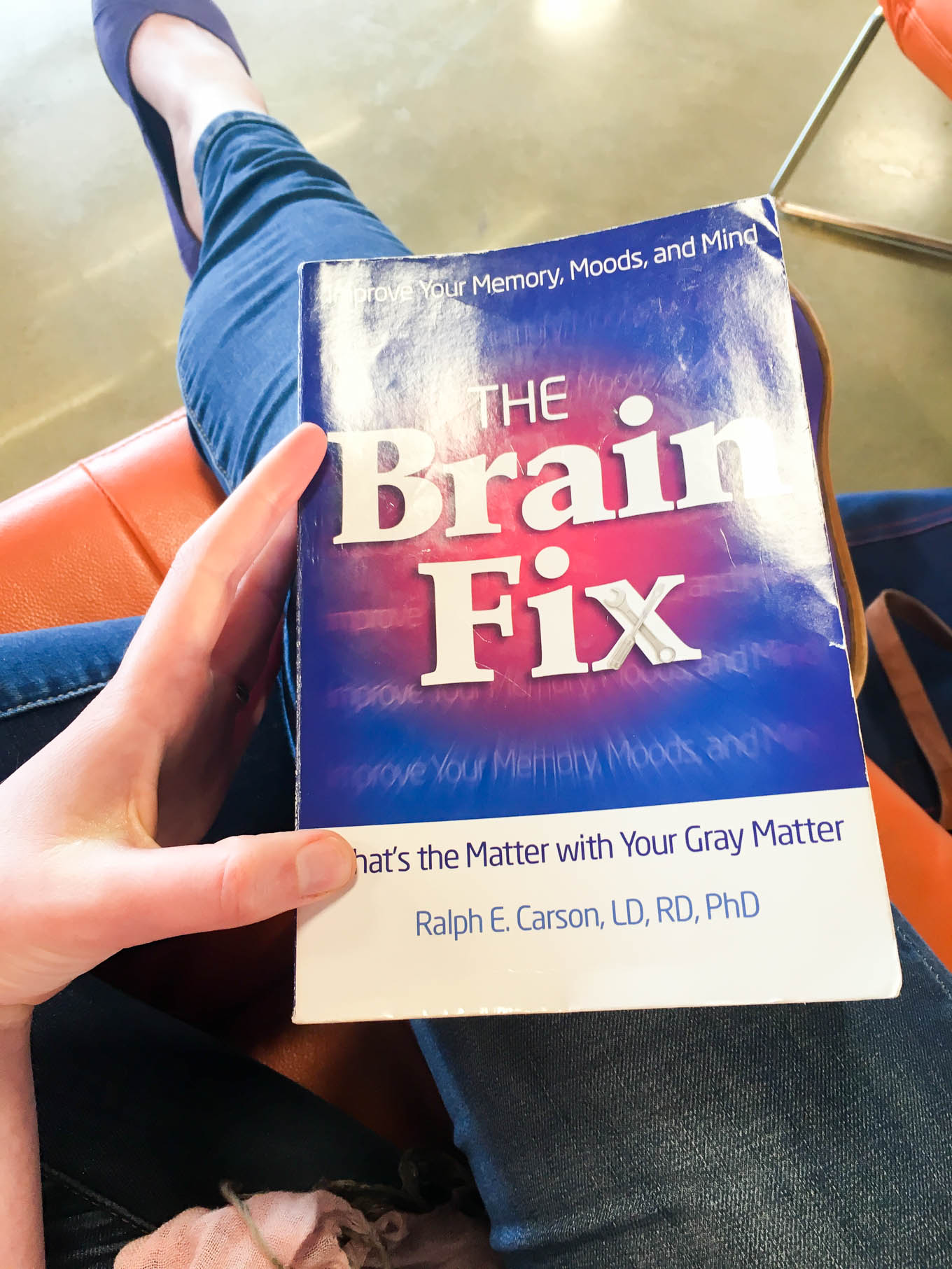 And then picked up a few items I needed for this weekend’s recipes. 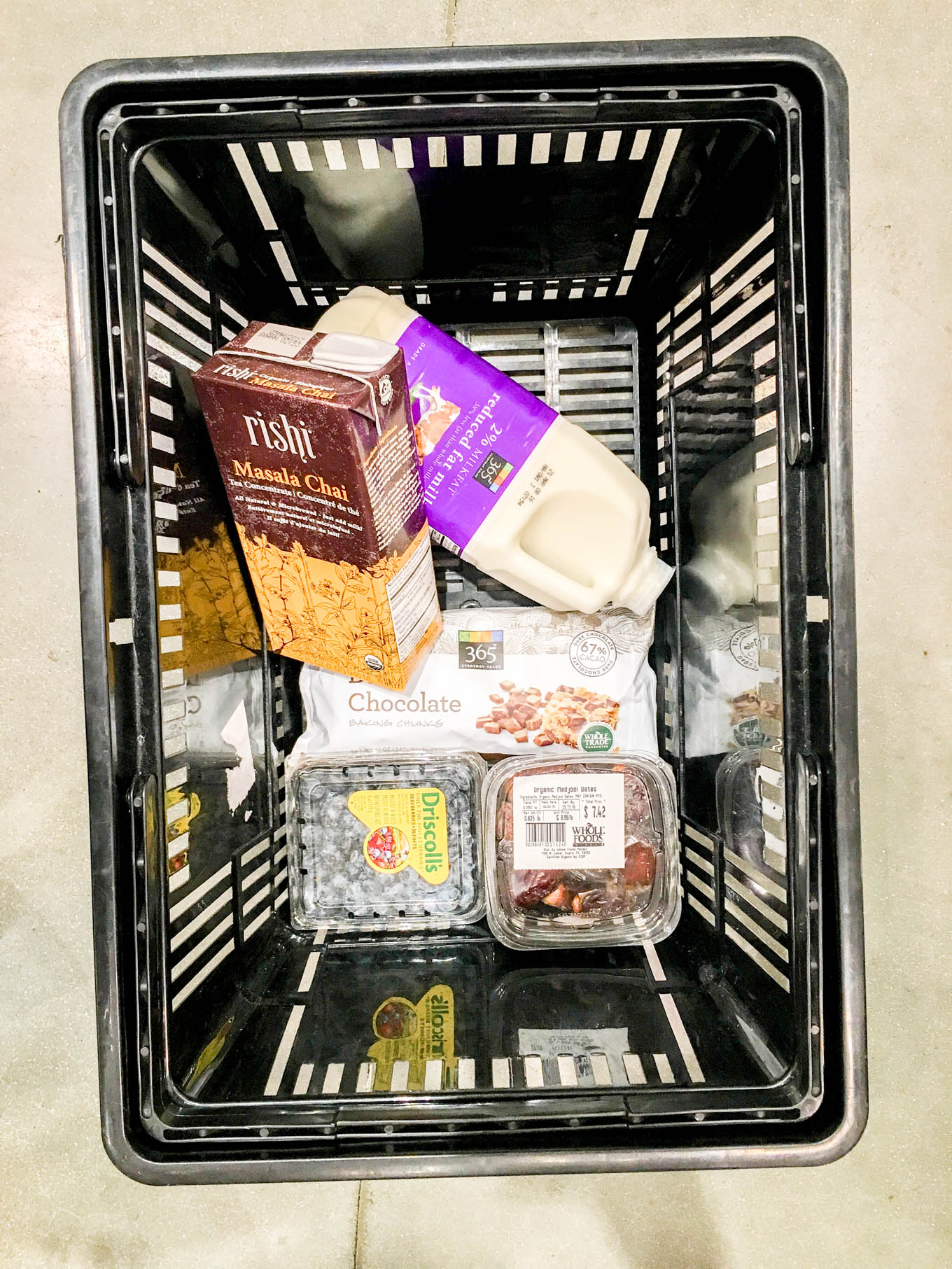 Before heading out I was feeling the need for something FRESH, so I got a green juice thingy.  I’m so pro-smoothie that I rarely get a juice.  It was a fun change. 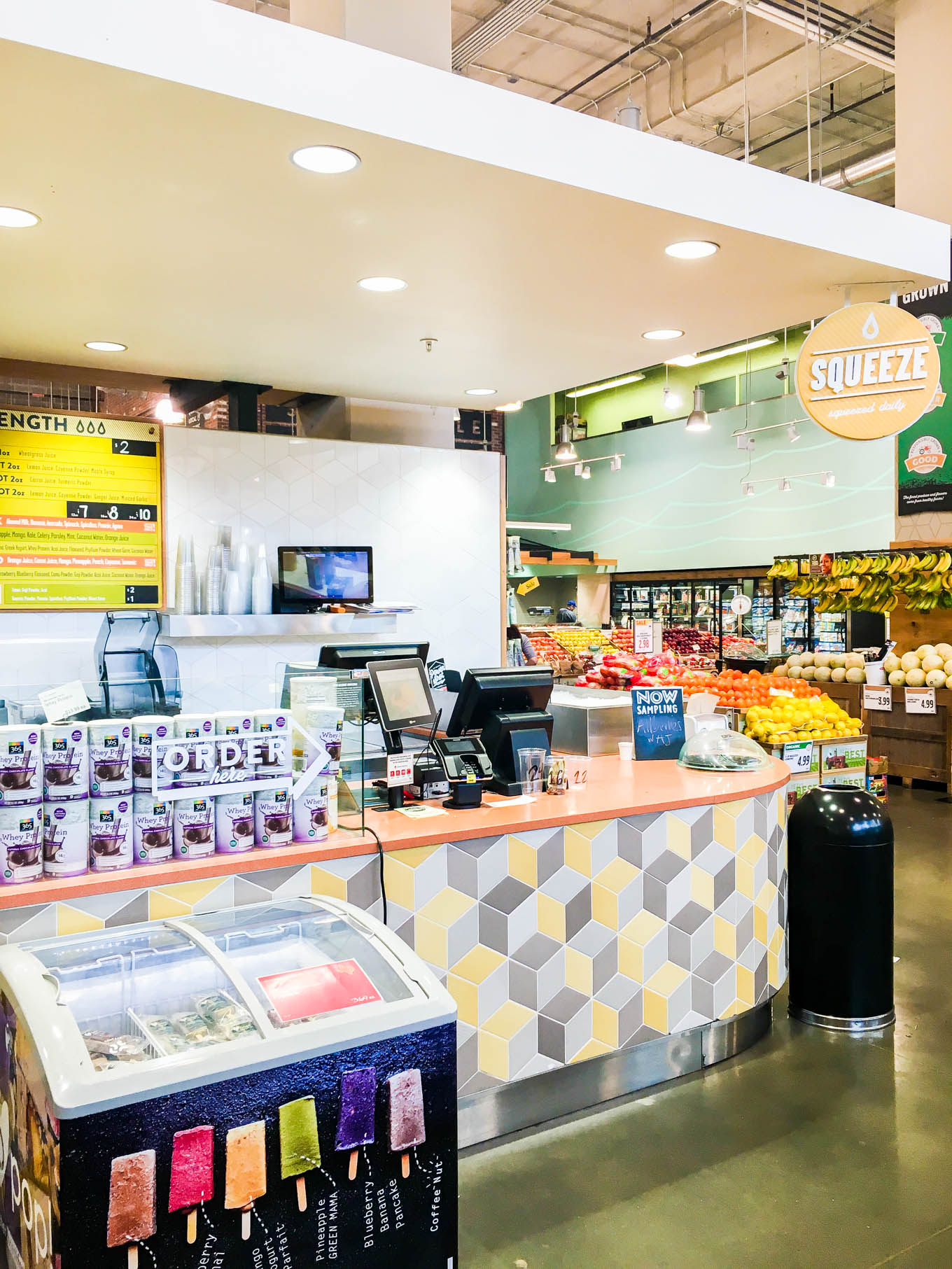 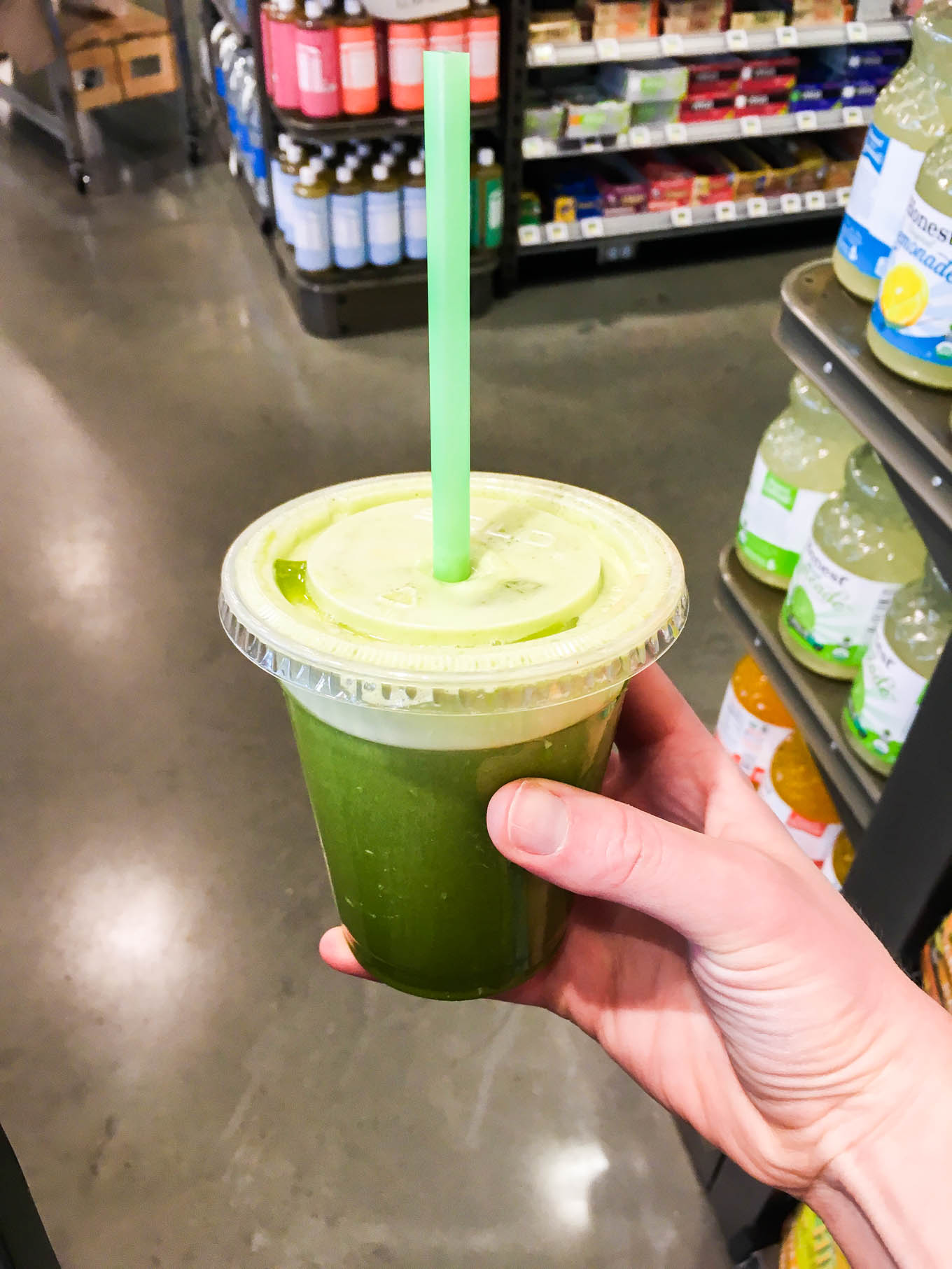 I got home and walked into a kitchen with…sheetrock! The kitchen already look so much brighter.  I’m loving being able to finally see the progress.  It’s hard for me to get excited about electrical or plumbing, but I can get excited about some sheetrock! 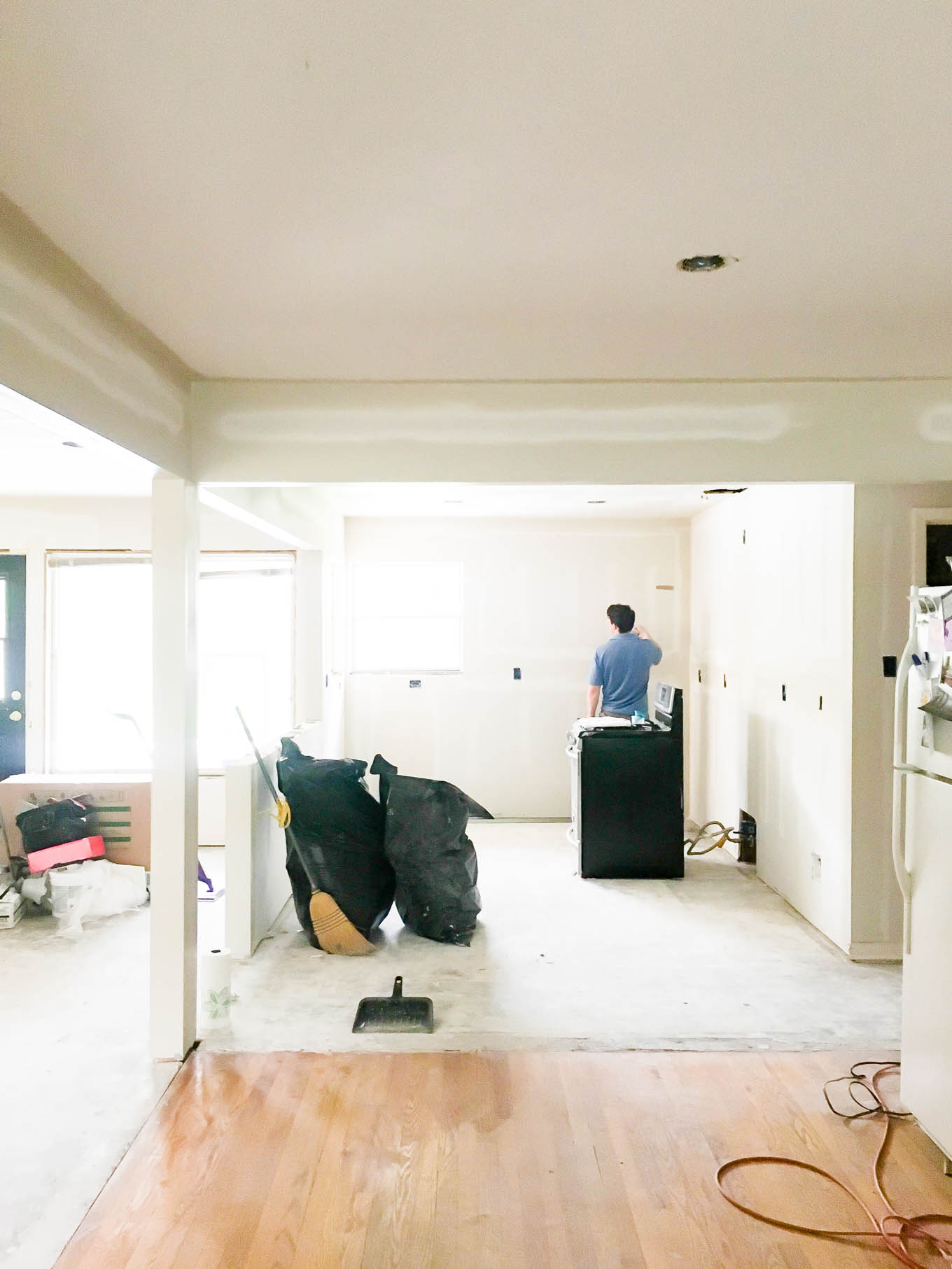 For dinner, Andrew and I ended up heading to a new Mexican food restaurant nearby.  I had been wanting to try Ula’s and we were both fans! I think we finally found a solid Mexican Restaurant near our house.  We’ll be back for sure. 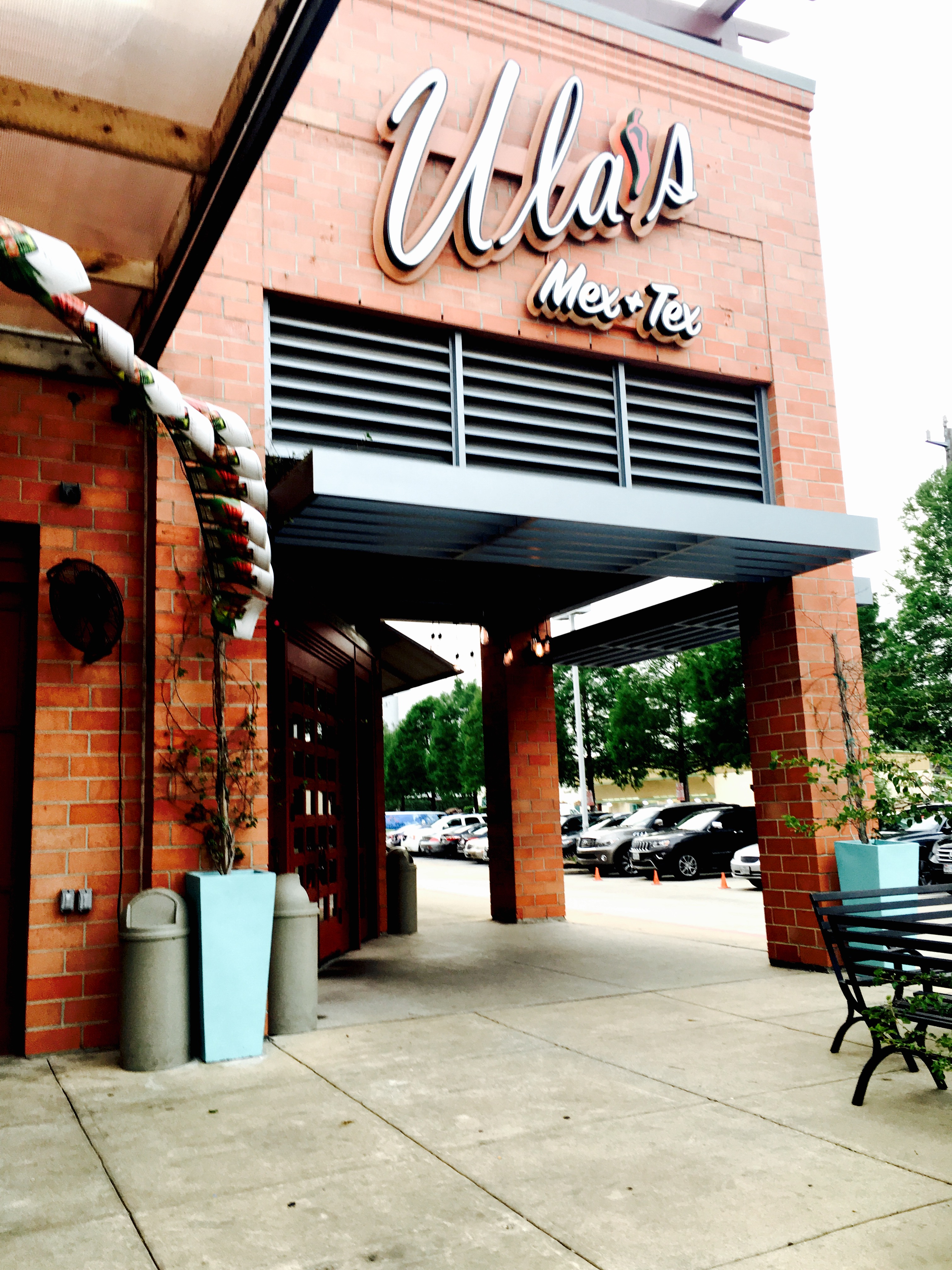 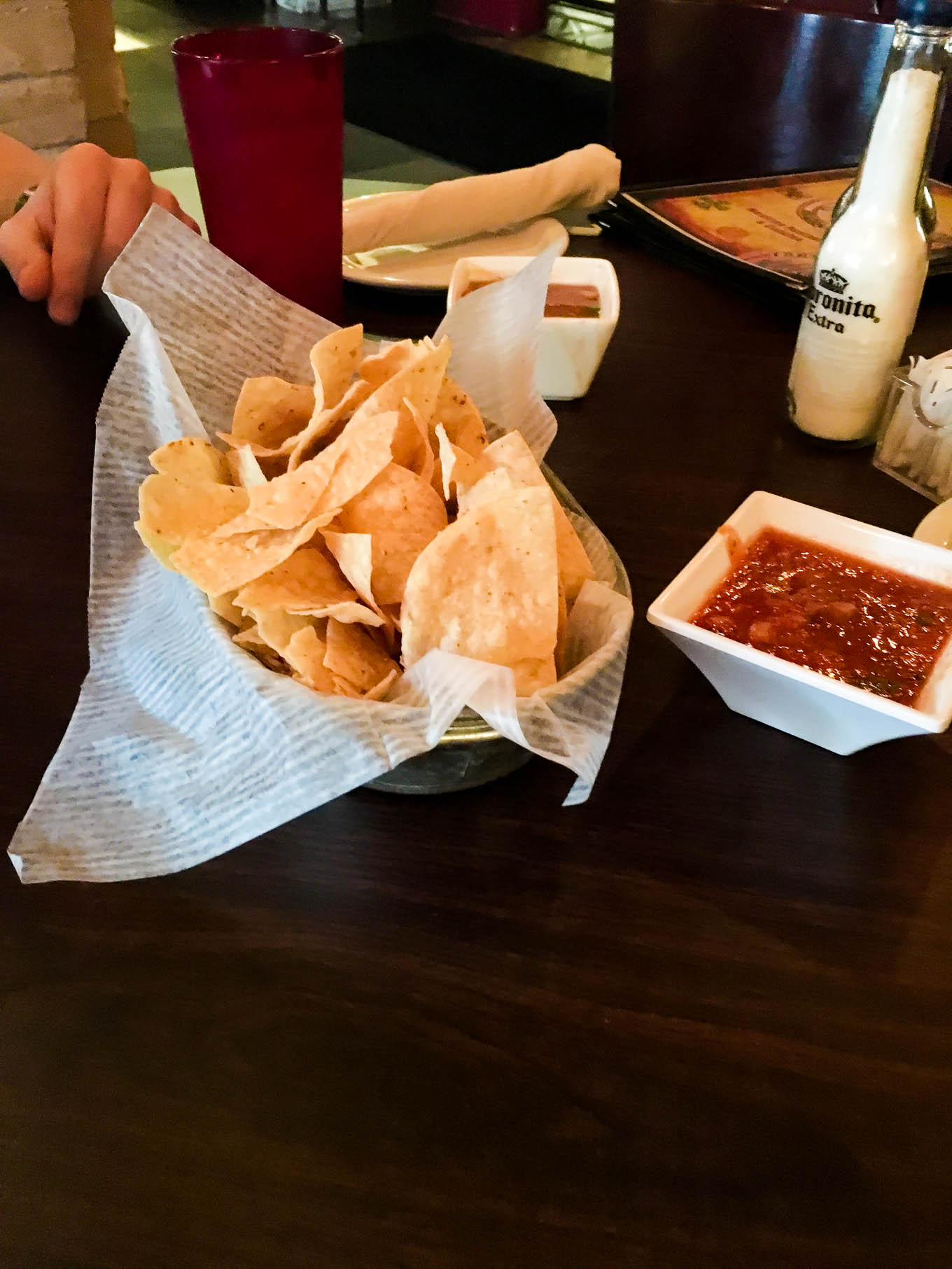 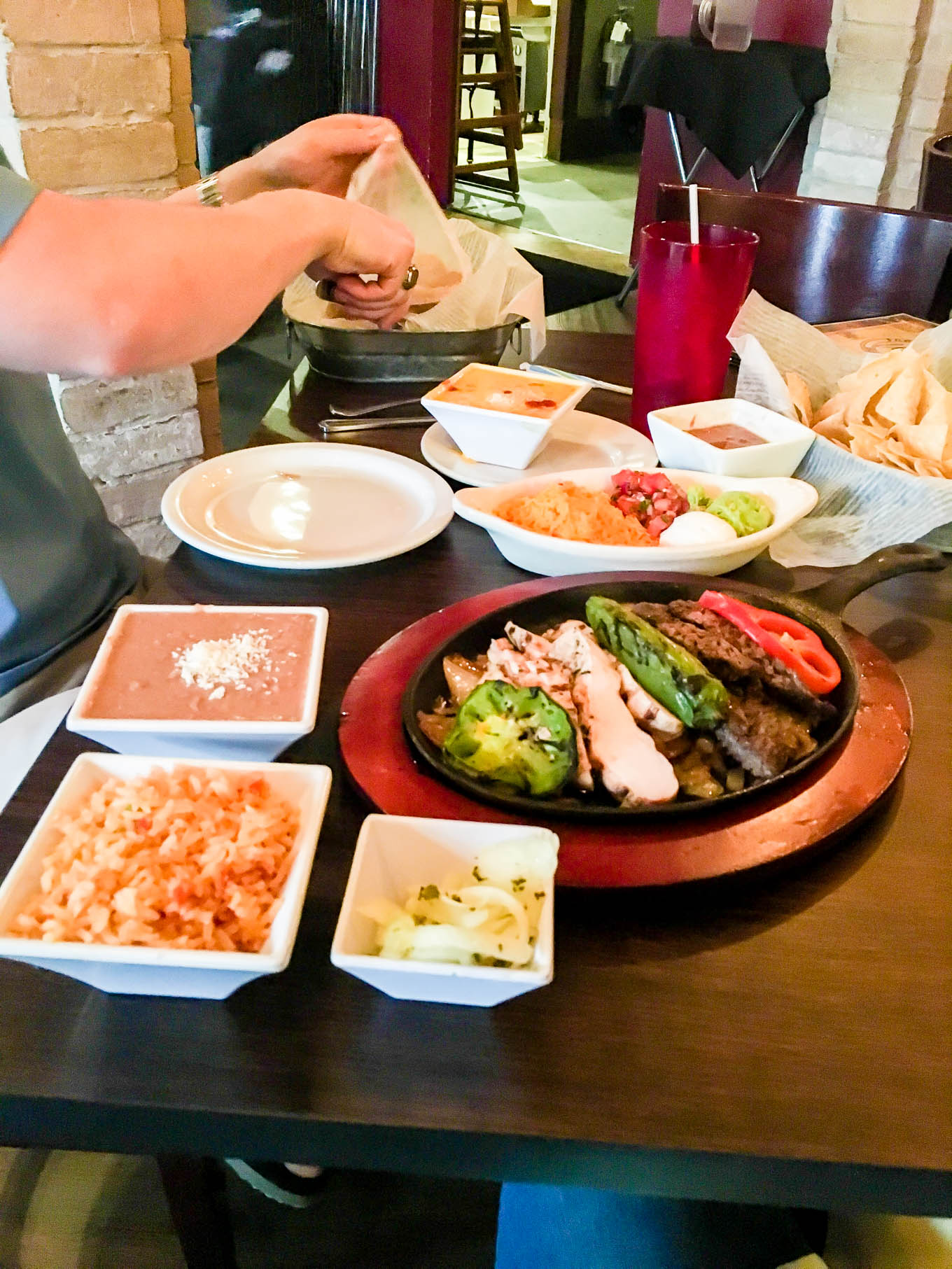 After dinner we headed on an oh-too familiar date night to Home Depot to rent a tile saw for the weekends projects. 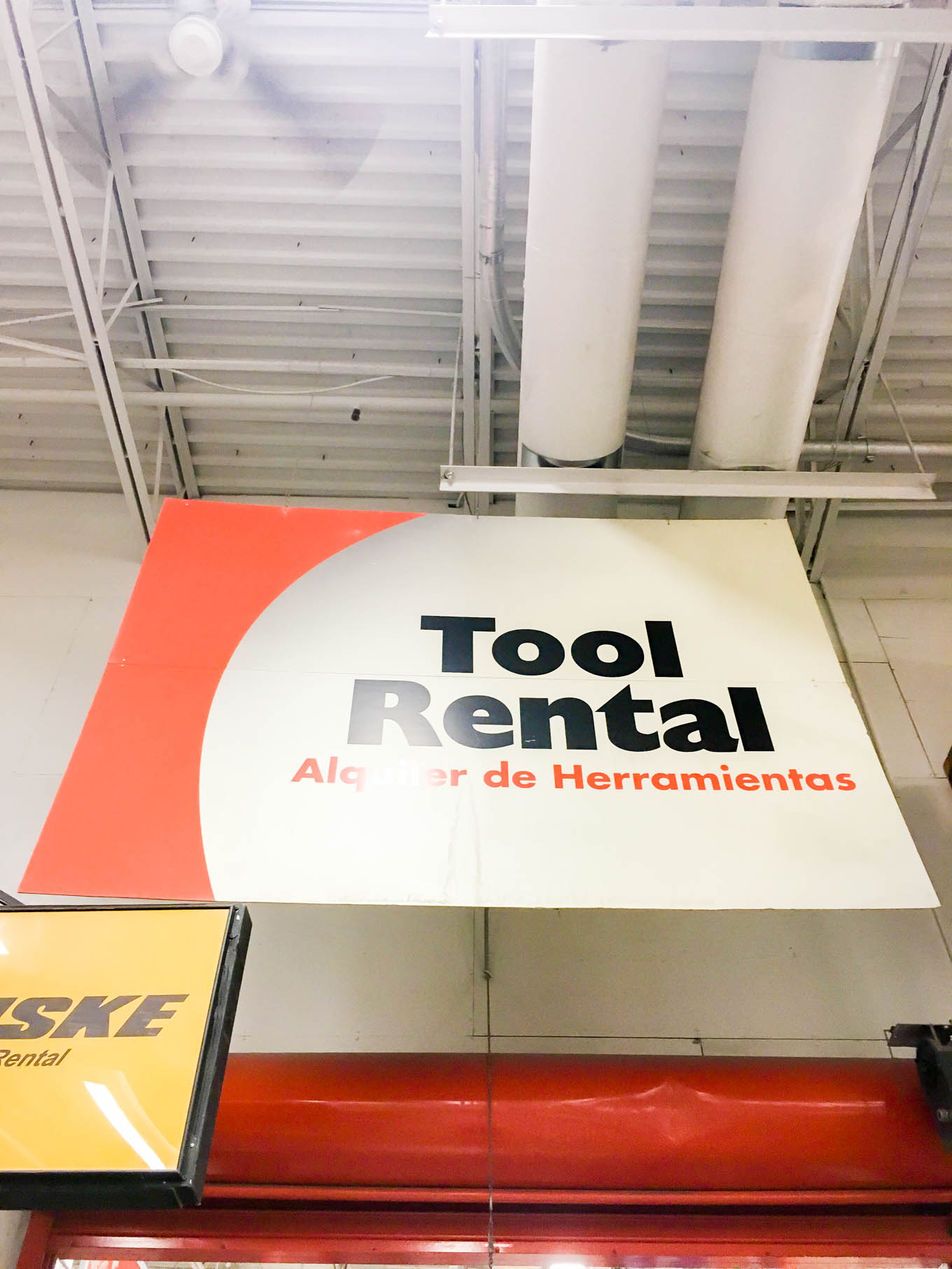 We spent the rest of the weekend tiling and grouting.  I love how the kitchen is coming together and can’t wait to share the finished result in a couple weeks (fingers crossed we’ll be done in a couple weeks!).  I was hoping this weekend that we’d get to go on another bike ride since I so enjoyed that last weekend, but the timing just didn’t work out.  Maybe next weekend!

What was the best part of your weekend? Would love to know:) 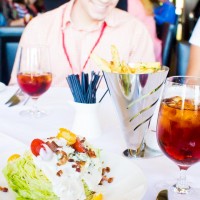 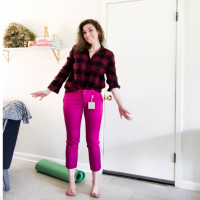 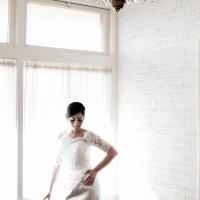