This week I planned a few of our meals + snacks from the below magazine.  It’s from 2013 and it’s one of my favorites.  Like it says, they have recipes from the 1930s and on and I think it’s fun making recipes that were voted “the best” in the 30s.

I used to be such a pinterest fan for meal inspiration.  I still think pinterest is an awesome website, but I just haven’t felt like spending a ton of time on pinterest over the past year and have been preferring cookbooks and magazines for recipe finding.  Annndddd I don’t know if it’s just me, but anytime I search for anything on pinterest there is always, always a bunch of diet-y & weight loss ads that come up. 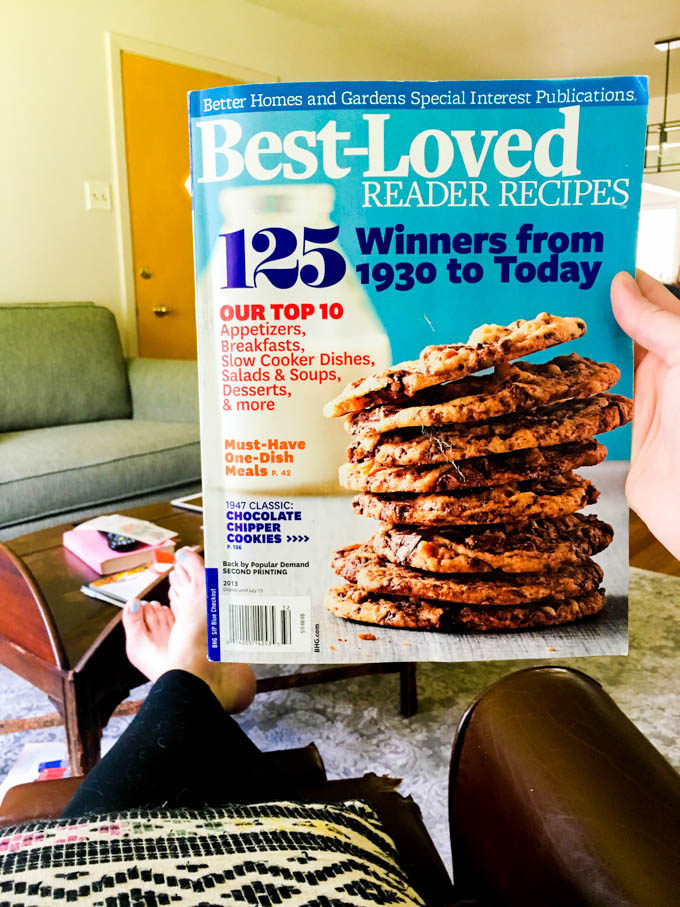 Here are some of our meals & snacks from this week…

Friday I went to breakfast at Sweet with a friend. I went with a half caf vanilla latte + a couple breakfast tacos.  Sweet’s tacos are some of my very fav breakfast tacos i’ve found in Houston. 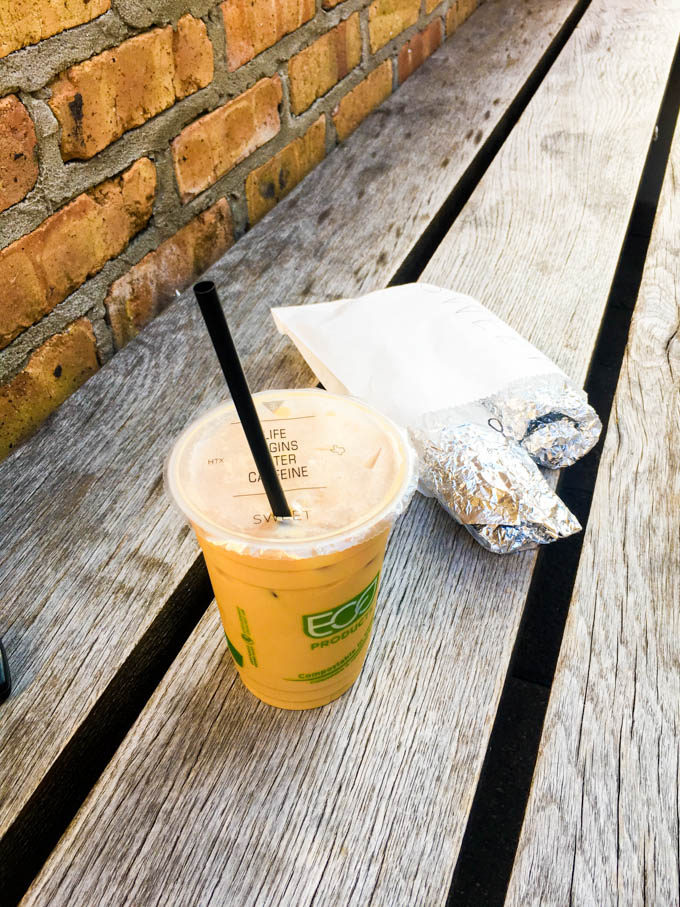 Every other breakfast this week was a thick slice of french toast topped with pumpkin-peanut butter spread and mini chocolate chips. 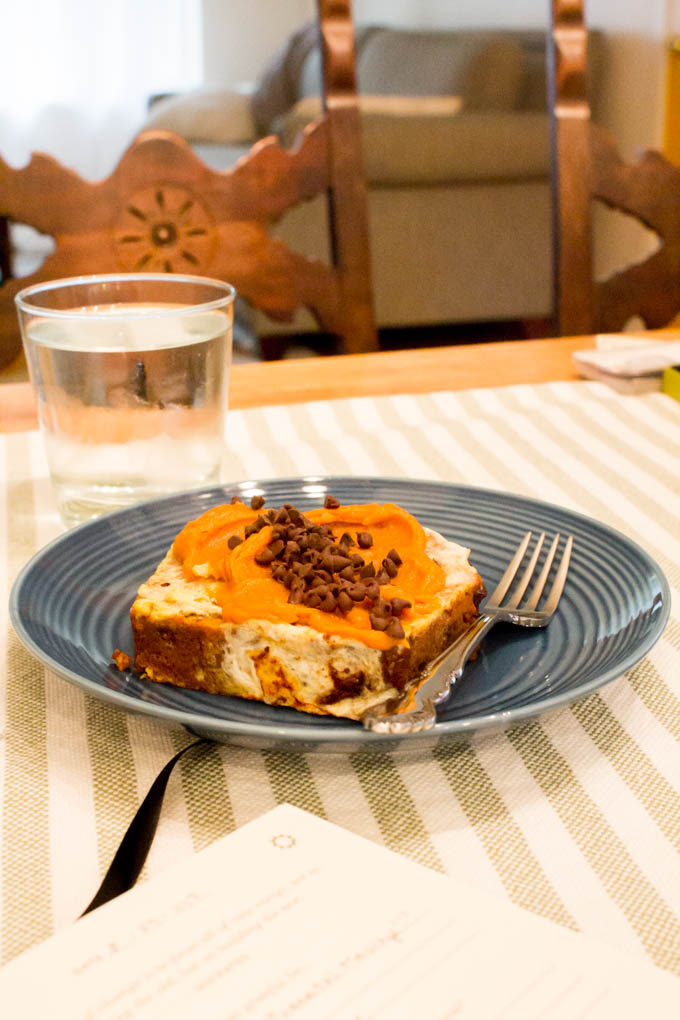 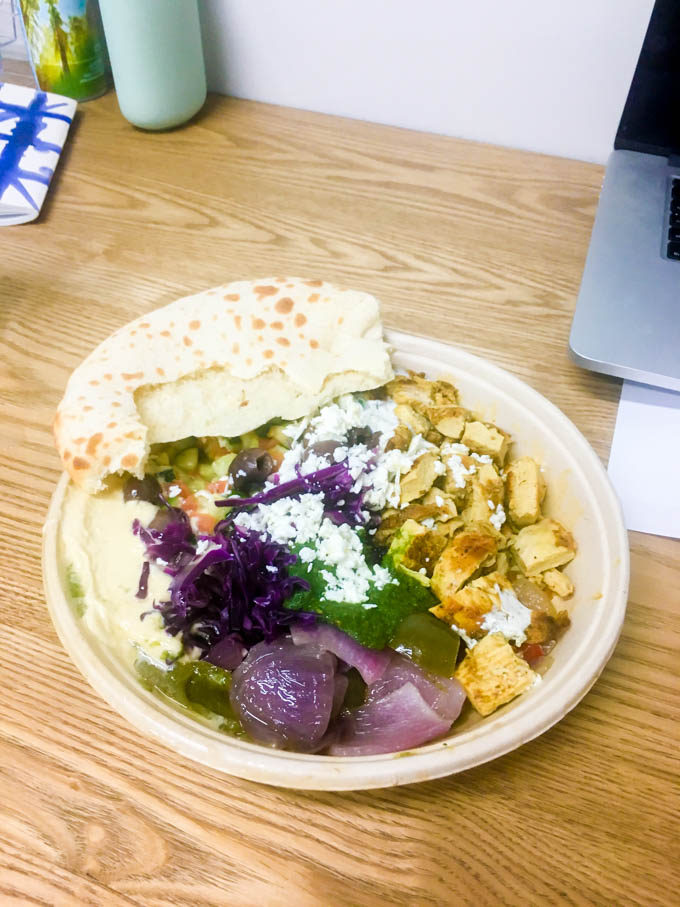 Today we grabbed some BBQ for lunch with Andrew’s parents.  Due to hurricane Harvey I ended up cancelling all my clients for today and we decided to head a bit away from the coast and stay with Andrew’s parent for a few days.  In a hurricane it’s much more fun to be around other people than be home alone. 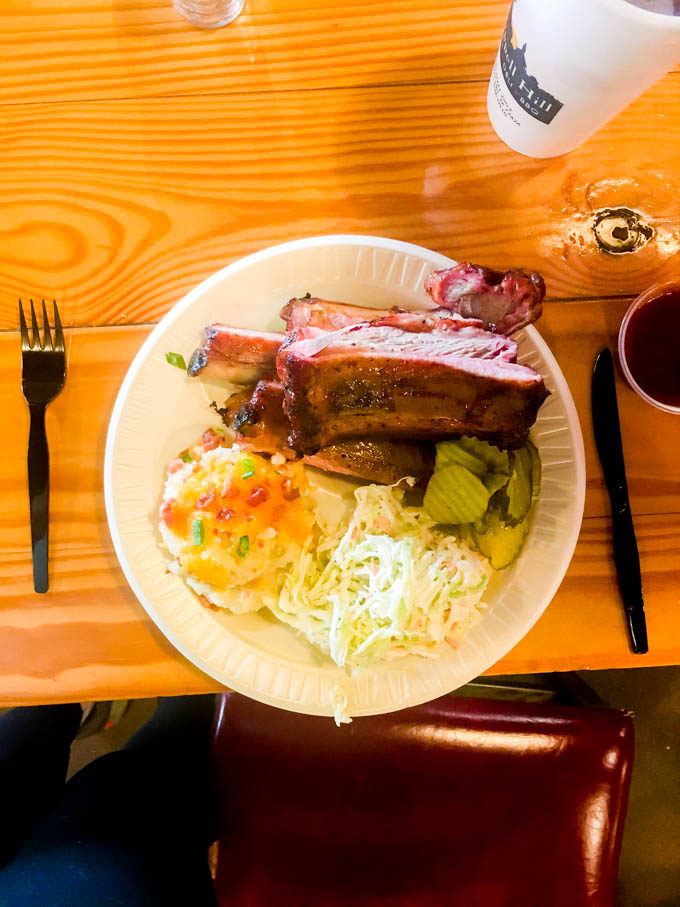 My most satisfying lunch of the week was a salad kit that I added chickpeas to + a Zevia + cheddar Sun chips.  I felt like I kinda forgot about Sunchips…the Garden Salsa was my FAVORITE flavor in high school so I’m excited to pick up some of those for meals and snacks this next week (once the forecasted flood waters recede and we can get to the grocery store). 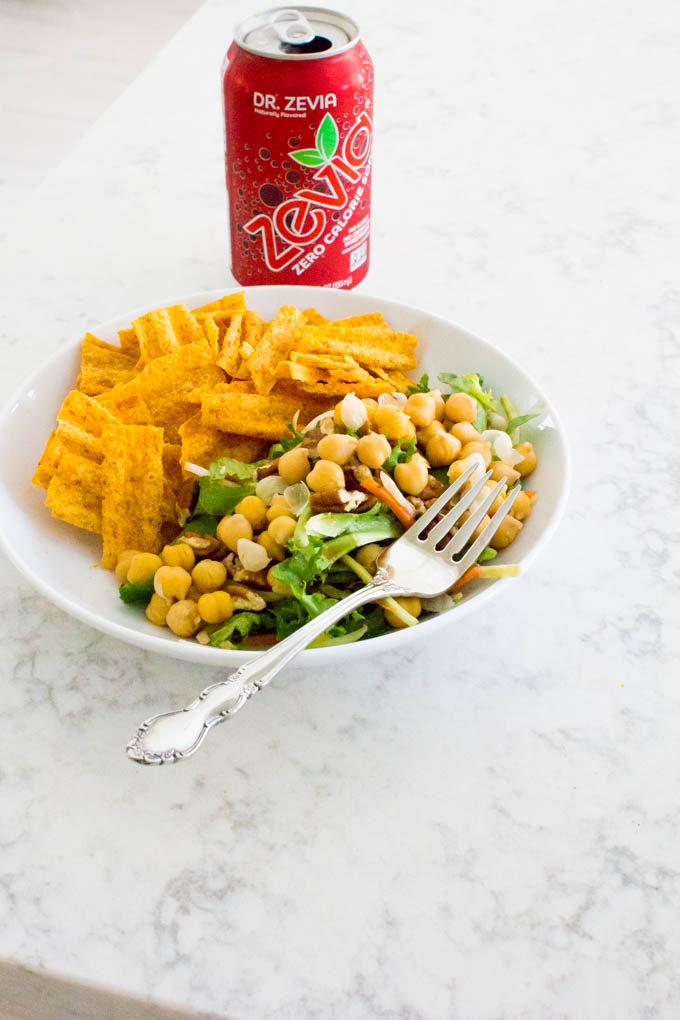 Sandwich (heated the lunch meat until steaming in the microwave…yay pregnancy) + tomatoes. 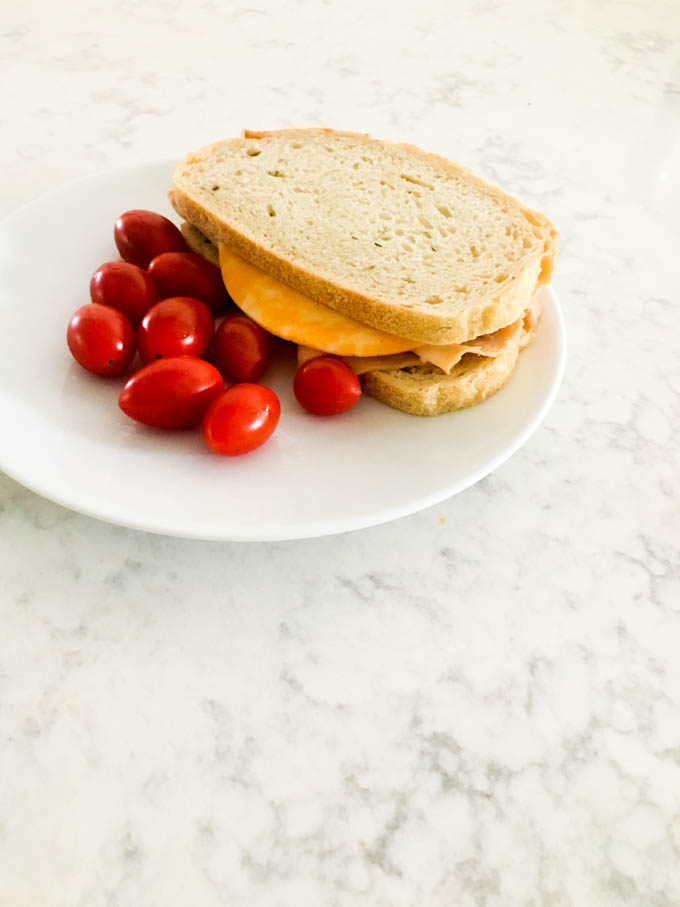 One client-heavy day I stopped by chick-fila for nuggets + BBQ sauce + a frosty coffee.  The frosty coffee was good, I liked it better than Starbuck’s fraps! 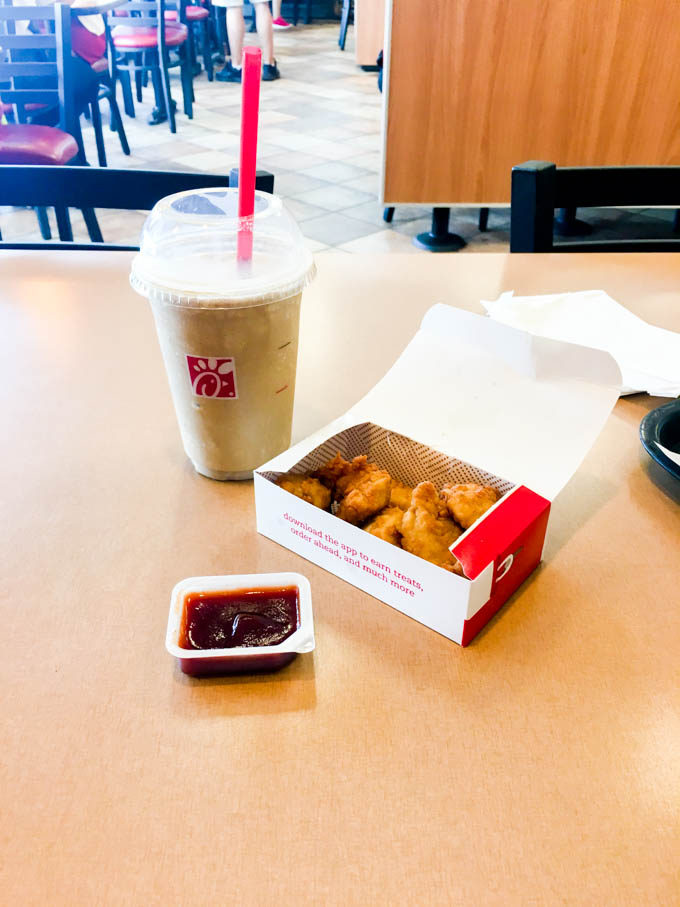 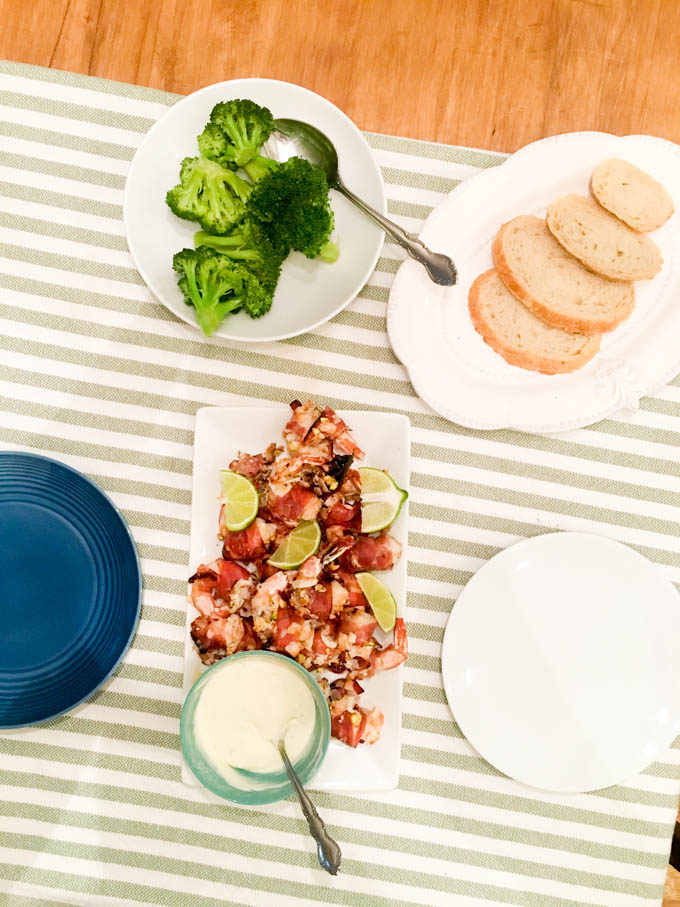 Served with a gatorade.  I’ve been liking gatorade lately when it’s ice cold.  So refreshing. 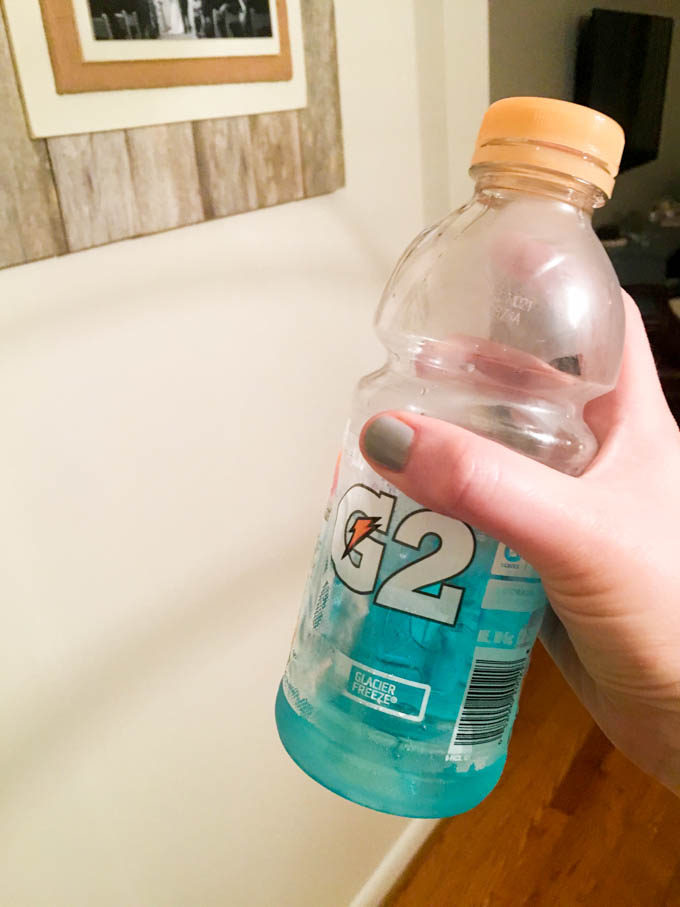 teriyaki stir-fry (the veggies were just the leftovers from a salad kit) + chicken + ummm…cheddar bunnies lol.  I was too tired to make rice, but needed a carb. 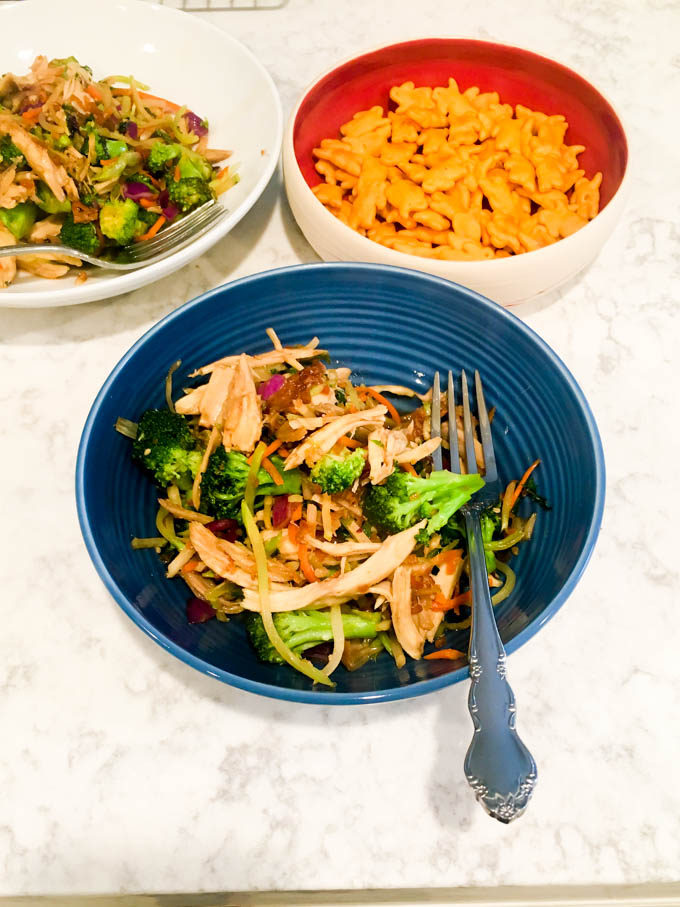 Wednesday night Andrew and I went to Presidio, a Houston restaurant I’d been wanting to try.  It was okay.  The restaurant was a little too fennel happy.  I hate fennel.  I think it’s the worst spice of all time haha.  And I’ve found that so many Houston restaurants categorize themselves as “American” cuisine…and I’m still never really sure what “American food” is, but whatever that means I never end up loving the food. 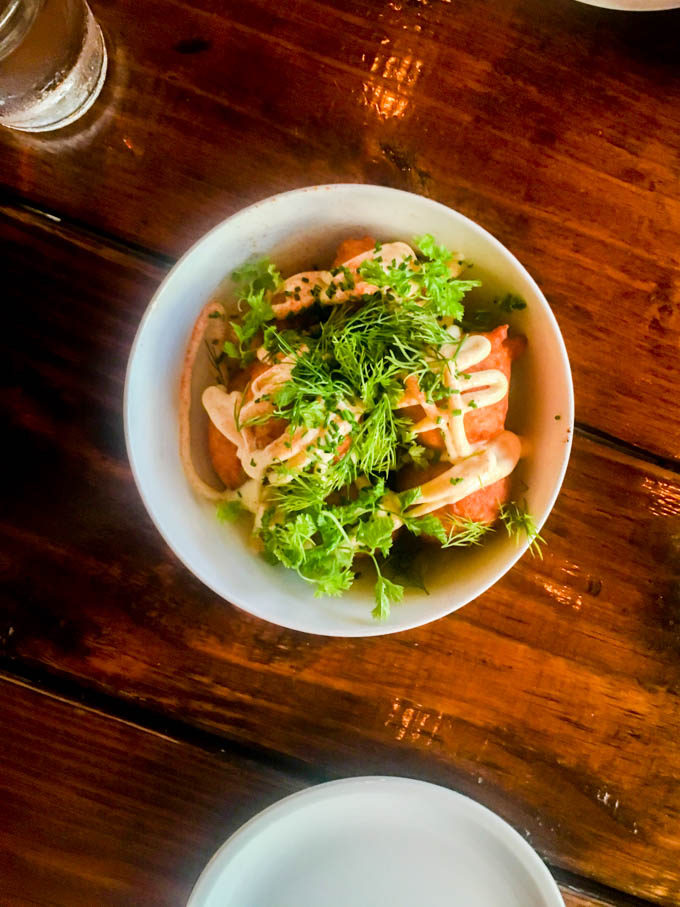 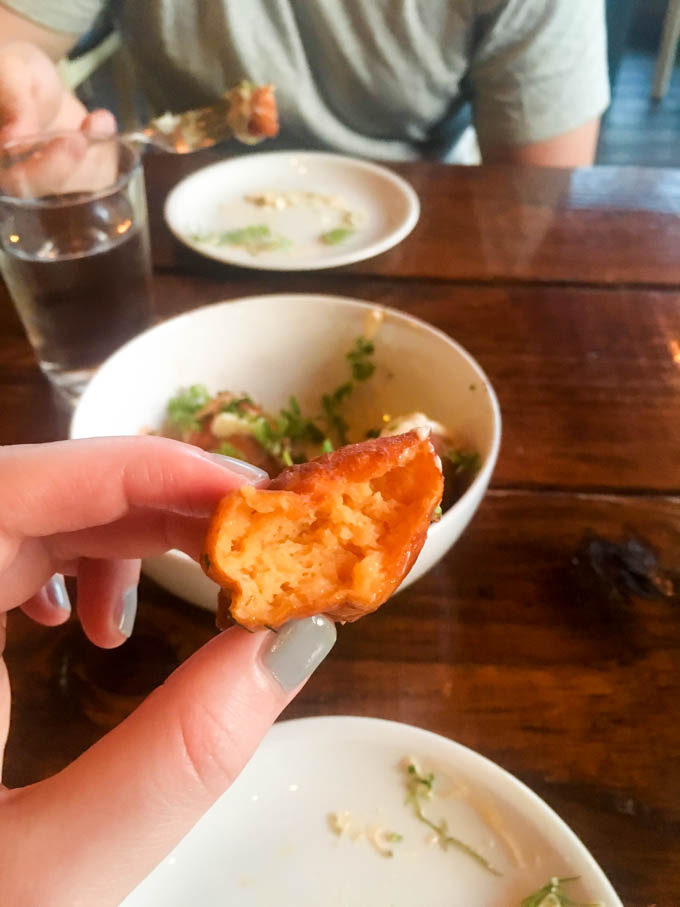 Andrew got a salmon + veggie dish that came with a giant leek that we decided was a garnish / flavor adder and wasn’t meant to be eaten. 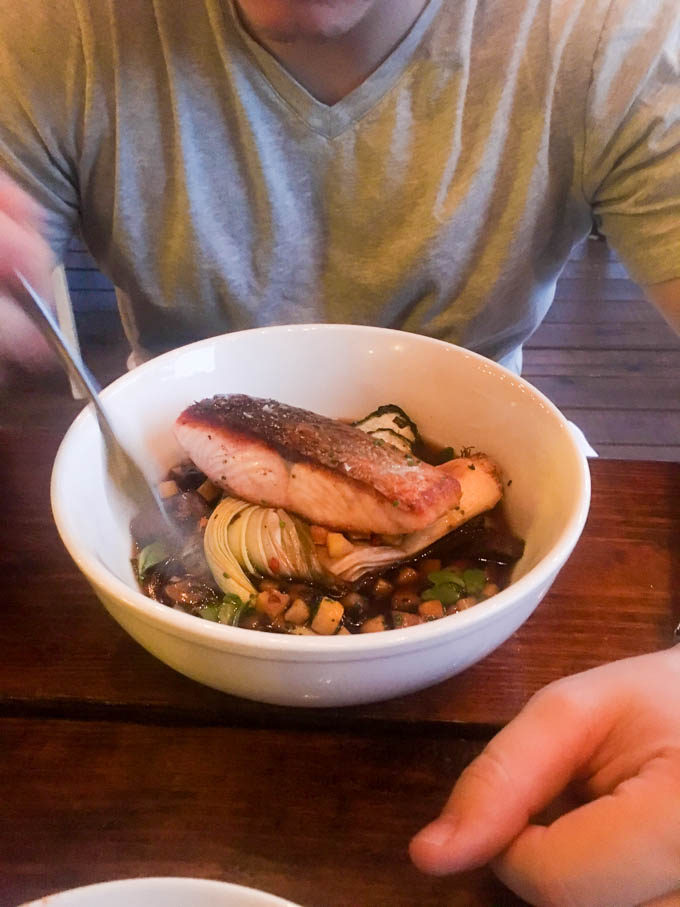 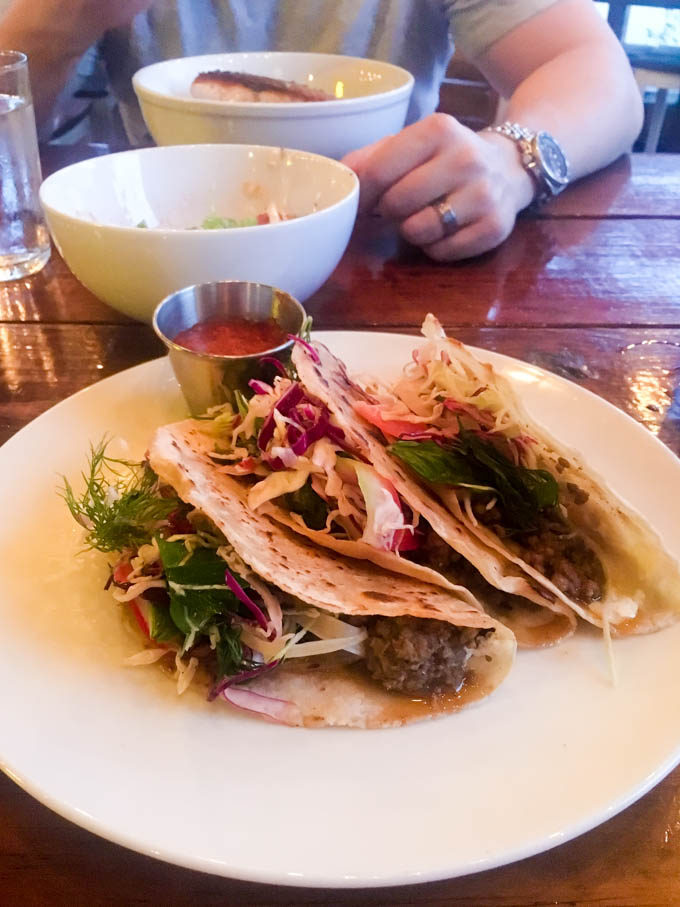 Tofu + carrot soup via this recipe.  I really liked this soup.  Instead of evaporated milk I used some creme fraiche we had in the fridge leftover from the shrimp.  I’d make this again for sure. 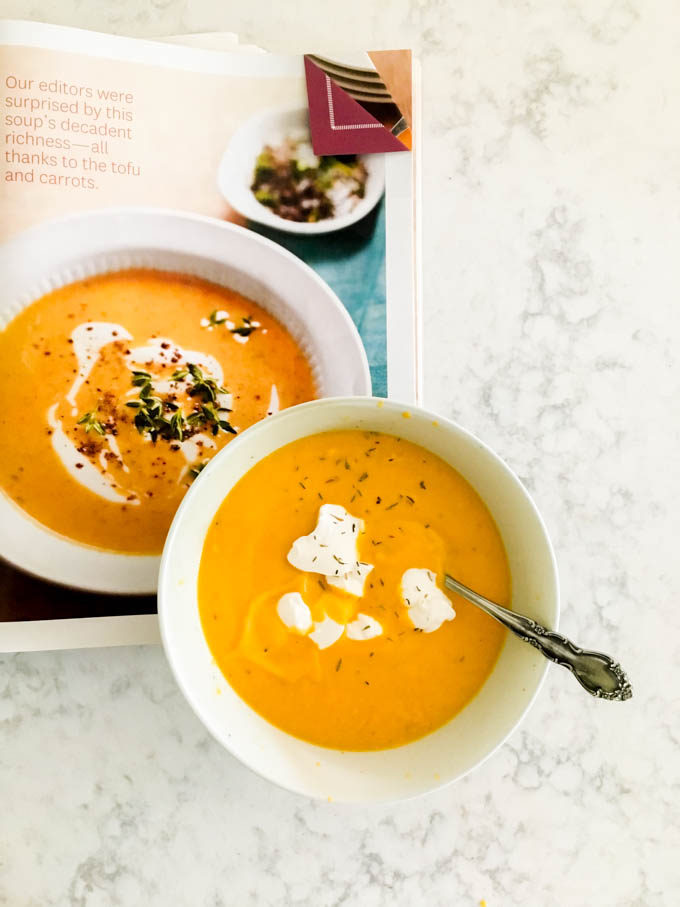 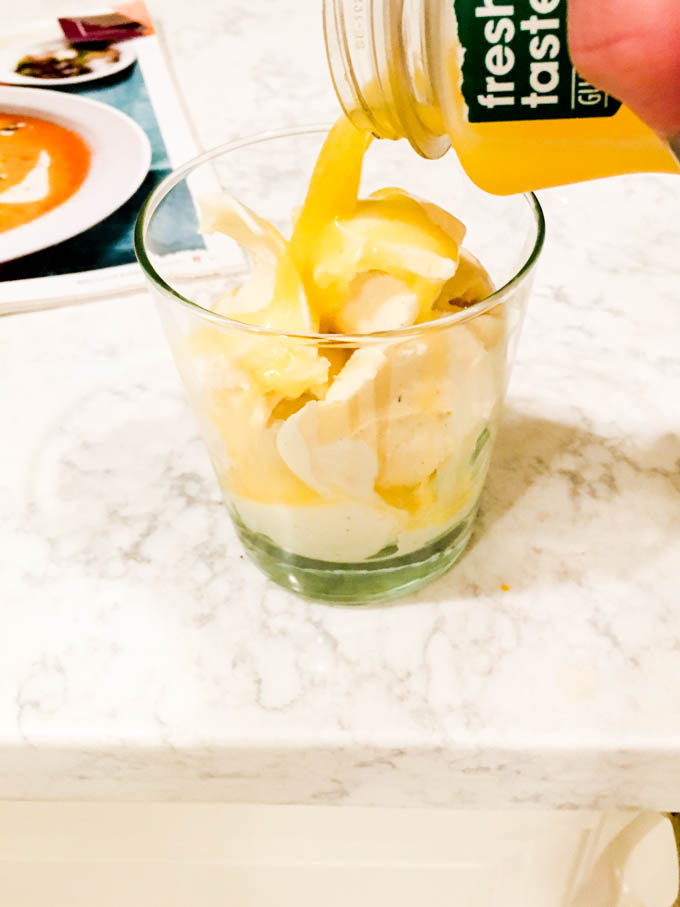 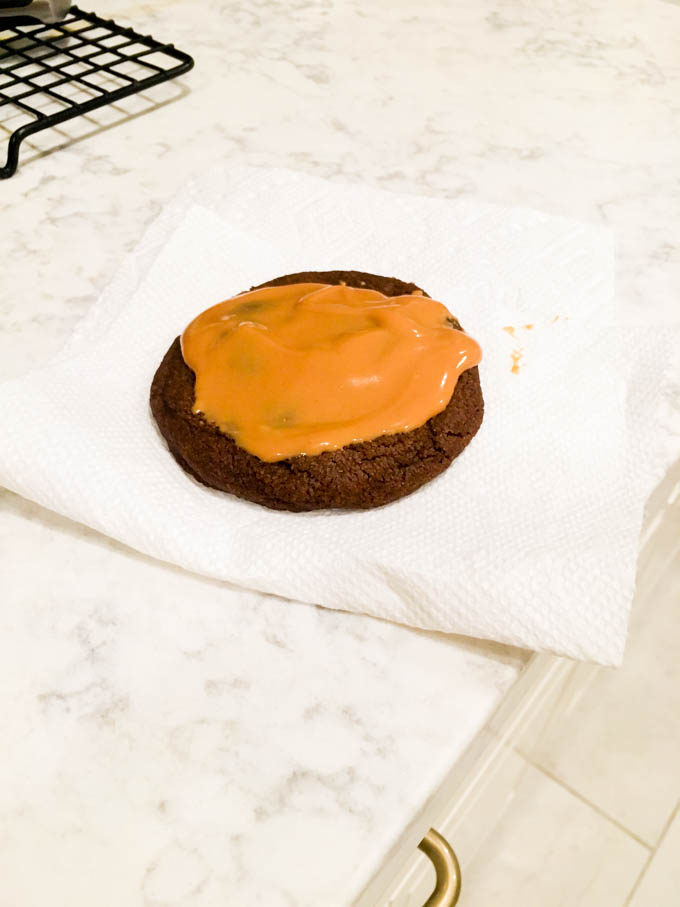 A bunch of citrus.  I’m loving oranges and grapefruits right now.  And I even had a longing for key lime pie the other day…which was weird because I’m not usually a key lime pie person.  A nice key lime mousse sounds super delish to me so I’ll likely find a recipe for that to make next week. 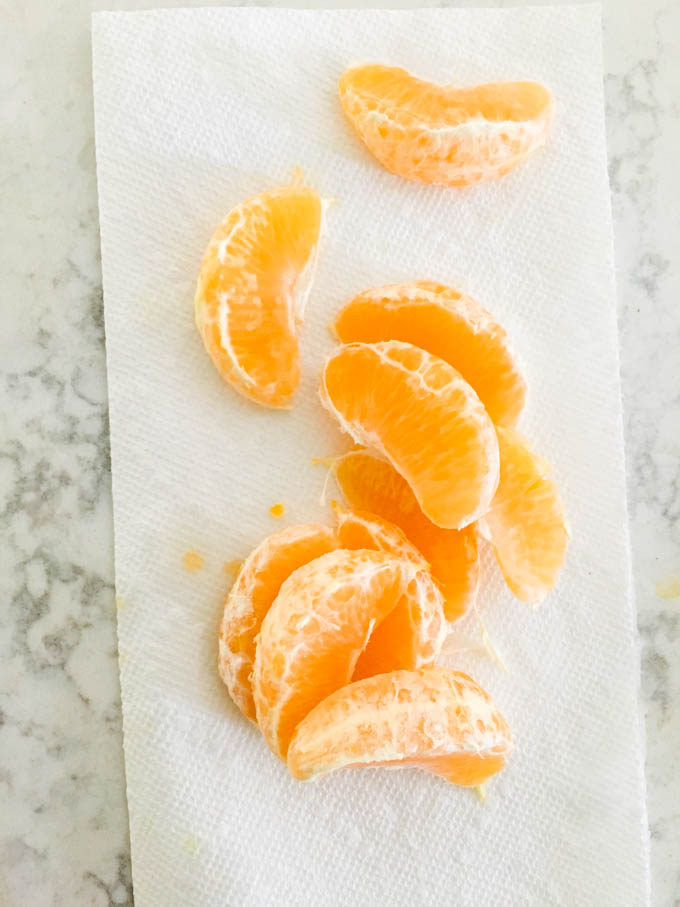 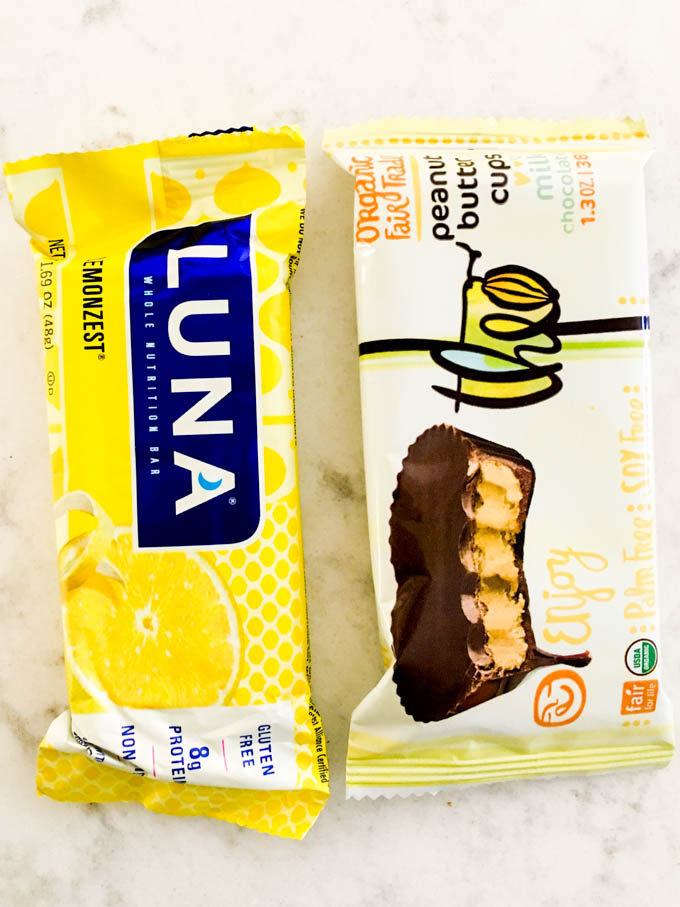 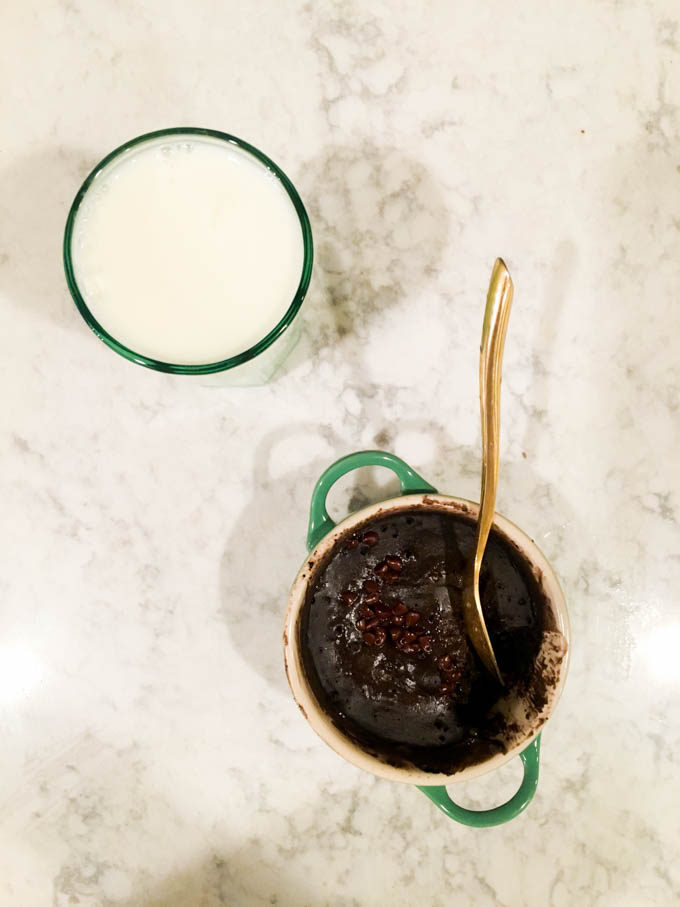 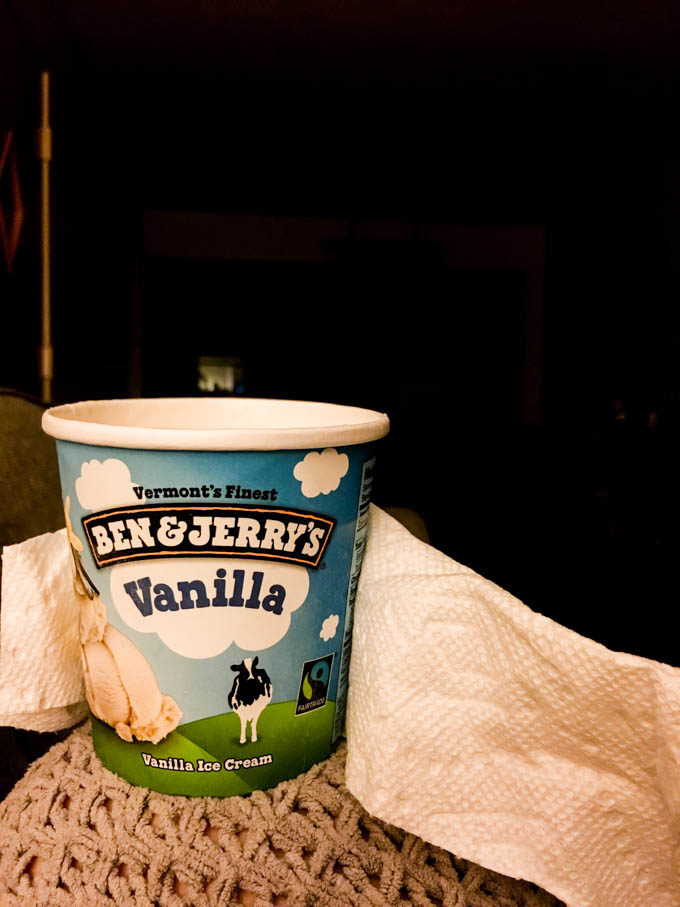 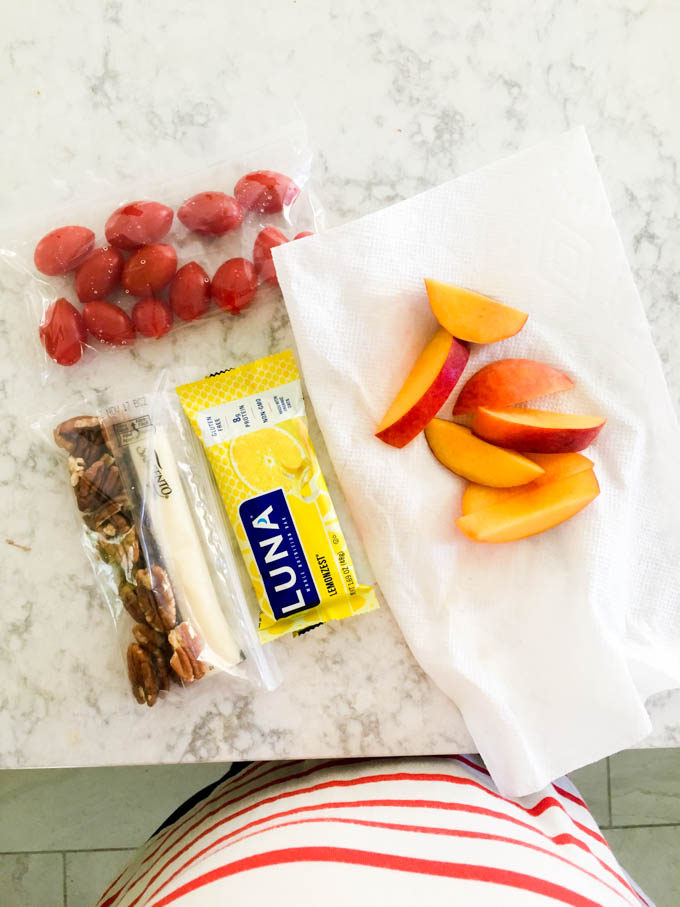 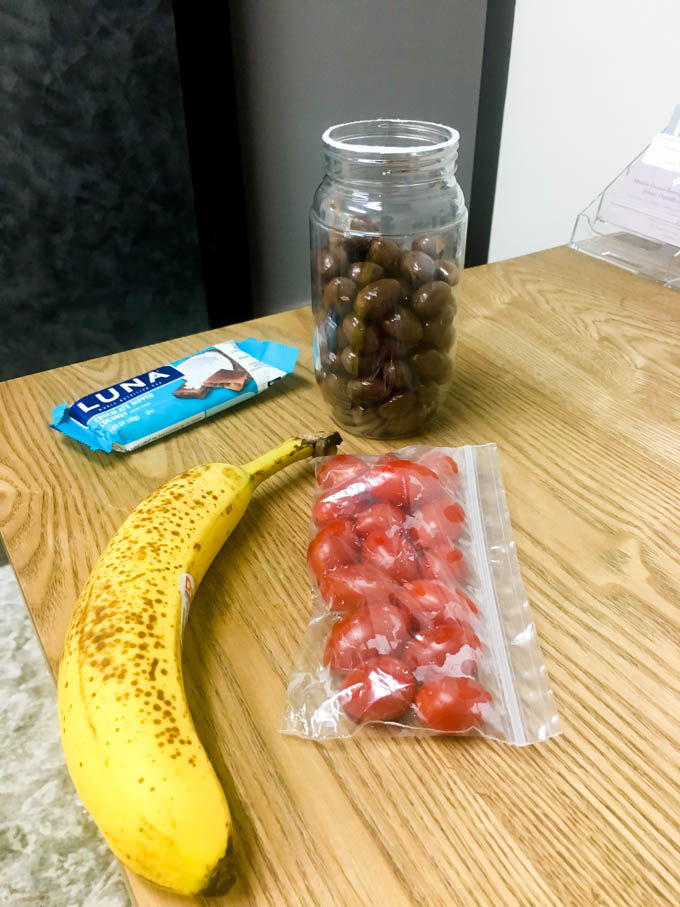 And there you have it! Hope this inspires you to try something new for a meal or a snack this week :) 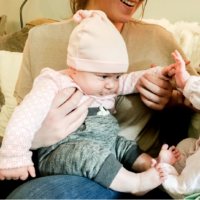 Got out of town 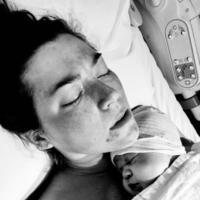 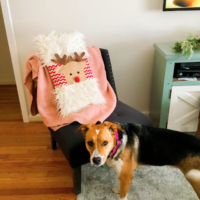