I’m calling these muffins instead of cupcakes.  That way, we can still eat them for breakfast. 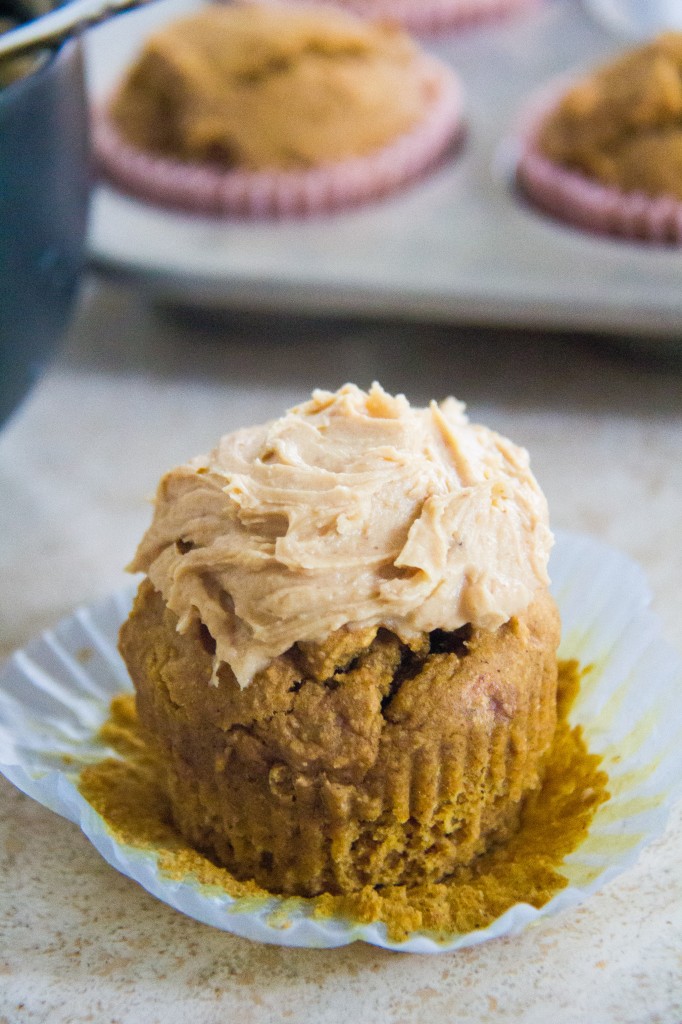 And for the same reason I also left out the chocolate chips.  It took everything I had in me to not add in the chocolate.  But, if I eat chocolate at breakfast, my eating for the rest of the day tends to be less than ideal.  It’s like my gateway drug.  Someone has been watching too much Breaking Bad. 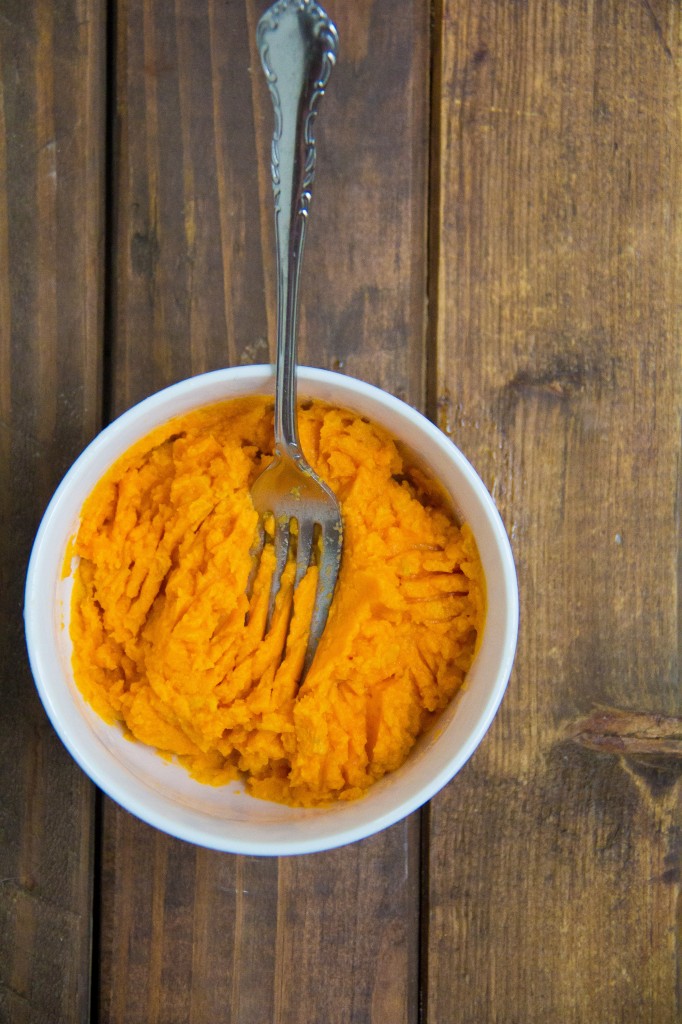 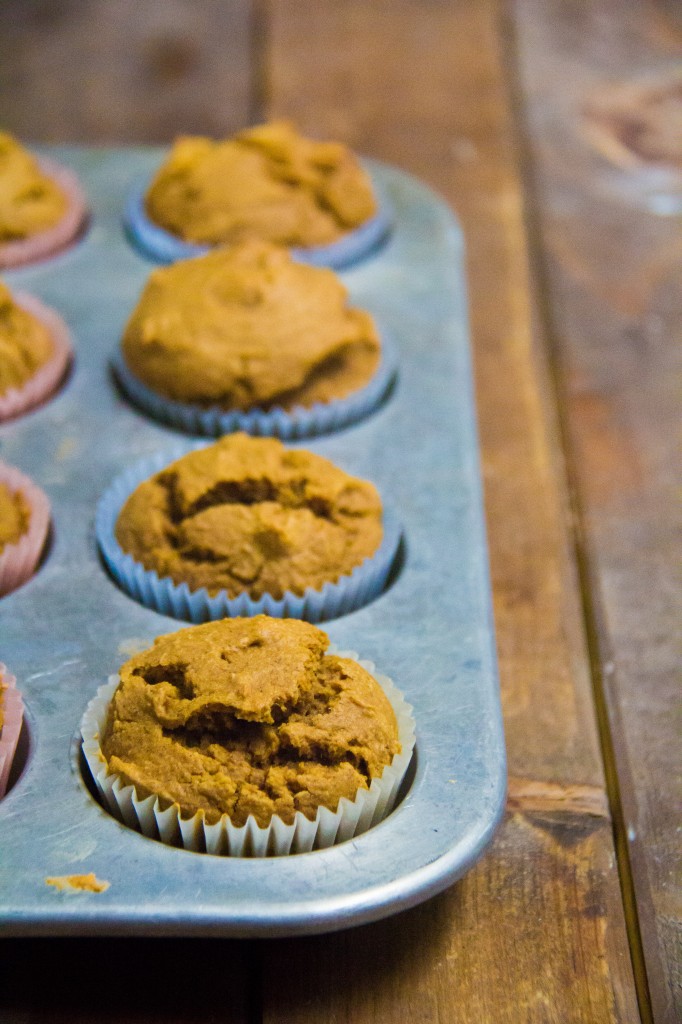 So this weekend was filled with wedding stuff.  Friday I met with the florist, the linens company and the cake maker.  Right before we started tasting cakes, Andrew said something like, “I really don’t see why people have cake tastings, they’re all gonna be good.”  Gahwhat?! That is so weird.  Why would you say something like that?!  It’s probably the same reason why he has a supply of peanut butter and chocolate for me at his apartment that he manages to never touch.  My self control is not quite as refined as his.

Anyways, eighteen baby cake bites later, we had our flavors chosen.  One of my layers is going to be strawberry.  When I told that to my dad he was like, “ugh gross, why’d you pick that flavor?!”  But I’m telling you, it was so good.  I woke up the next morning and texted Andrew about how pleased I was with my cake flavor decision making.  These are the deep thoughts that occupy my mind.

Then on Saturday, we went to get Andrew fitted for a tuxedo.  I was somehow under the impression that I would get to see the entire tuxedo on him…no.  Stupid Bride Wars, way to fill me with unrealistic expectations.  I had all these different tuxedo combinations I wanted to see (even though we both knew what he was going to wear…I just thought playing dress up sounded fun).  But yeah, you don’t actually get to see how the entire tuxedo will look.  They just take the measurements and done.  I did get to see what the shirt + jacket would look like.  I’ll take it.  But that’s an issue that needs delving into.  Because I feel like you should get to see the entire tuxedo…even if it’s not a perfect fit.  But I’m thinking Men’s Warehouse doesn’t care too much about my unmet expectations. 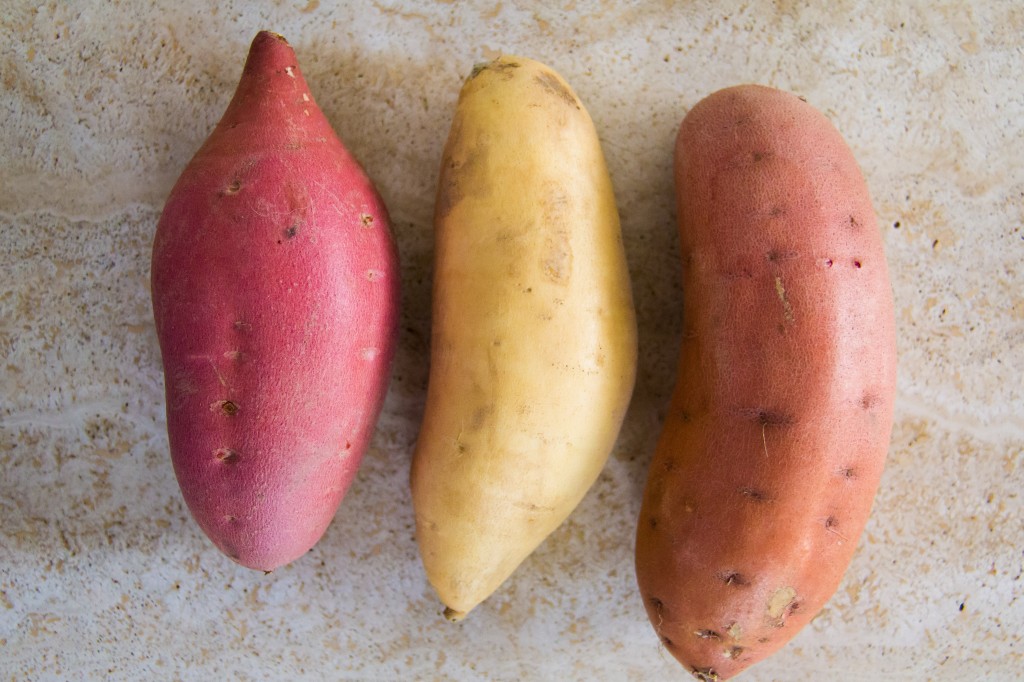 Speaking of expectations, when I think of sweet potatoes I think orange.  Before California sweetpotatoes came along, I never even knew white sweet potatoes were a thing.  I mean, how completely fab.  You look at it and you’re like, that’s a plain ol’ white potato but then you bite into it and you’re like, “whoa…talk about a blessing in disguise, that’s a California sweetpotato.”

And then you’ll say, “I’m so glad I’m eating this medium-sized California sweetpotato that has 4 grams of fiber, 2 grams of protein, a good source of vitamin C and more than a day’s worth of vitamin A, all for 105 calories!”

Yes, that is exactly what you’ll say. 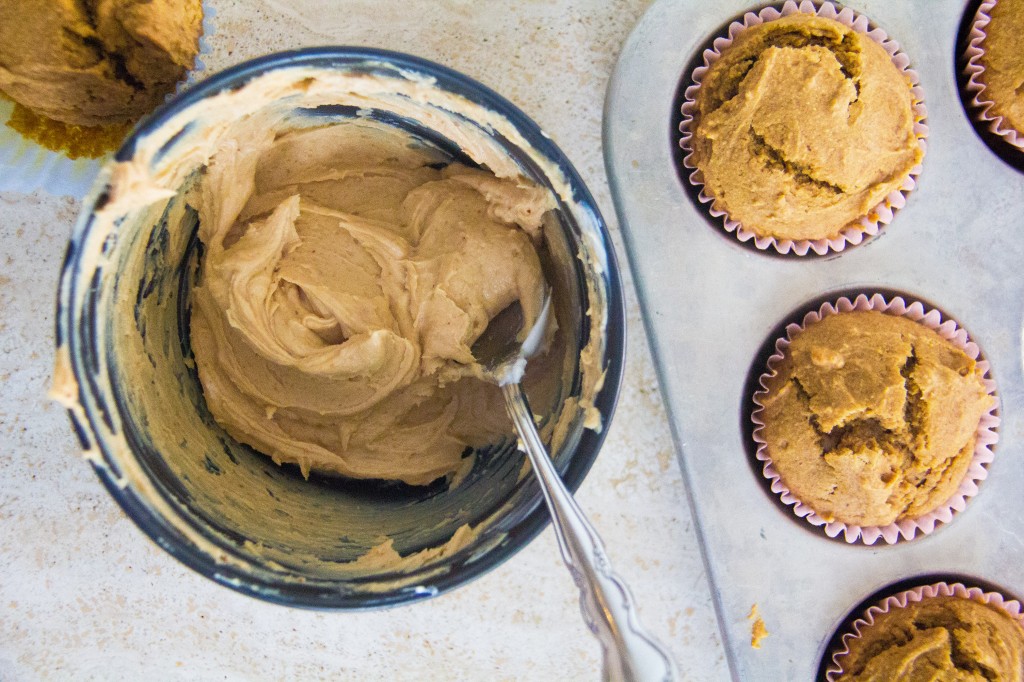 My love for sweet potatoes all began when I realized you could stuff them with things.  And now, I roast an entire pan of them on Sunday evenings so I have something more exciting than lettuce to top my salads with during the week.  However, California sweetpotatoes are different than plain ol’ sweet potatoes in “that they are grown in soft sand and are hand sorted during harvest to minimize scarring and scratching.  The result is a visually, higher quality (i.e. more attractive) sweetpotatoes.”  And who doesn’t want to eat more attractive food?

{Disclosure: I received free samples of California sweetpotatoes mentioned in this post.  By posting this recipe I am entering a recipe contest sponsored by the California Sweetpotato Council and am eligible to win prizes associated with the contest.  I was not compensated for my time.} 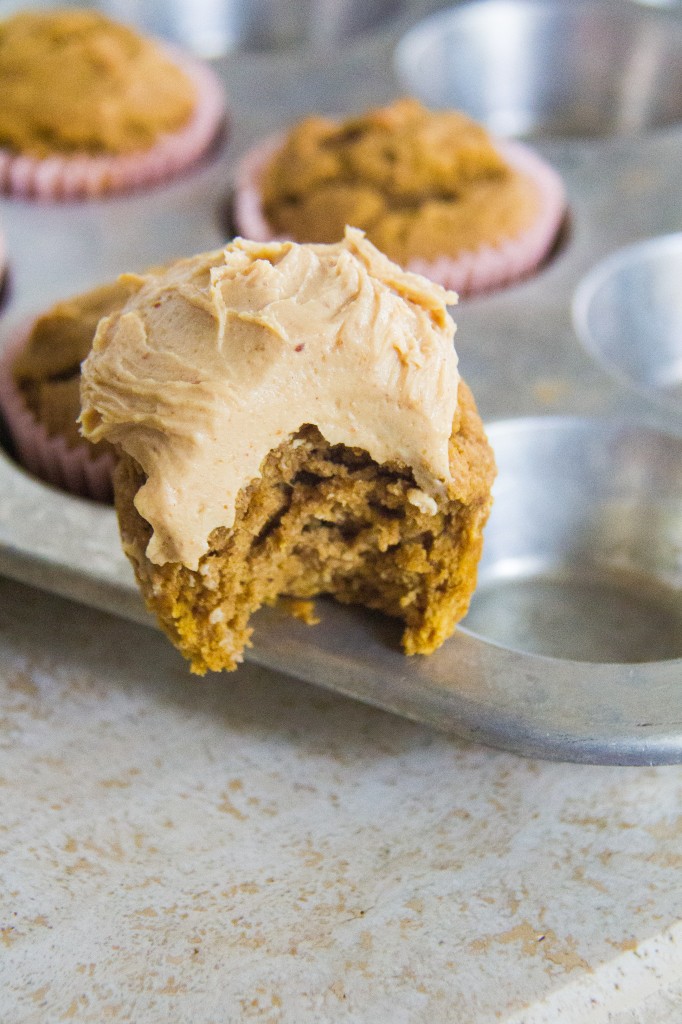 Divide the batter evenly between 12-lined muffin tins. Bake for 25-27 minutes, or until a tooth pick comes out clean.

While the muffins are baking, make your frosting by vigorously mixing together peanut butter, greek yogurt and honey. Allow to set in the fridge until the muffins are cool. 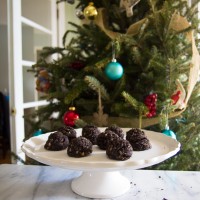 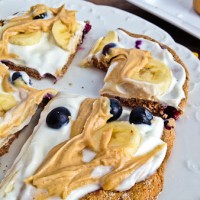 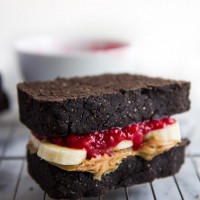