…because sometimes (read: all the time) you just need some toppings in yo life. 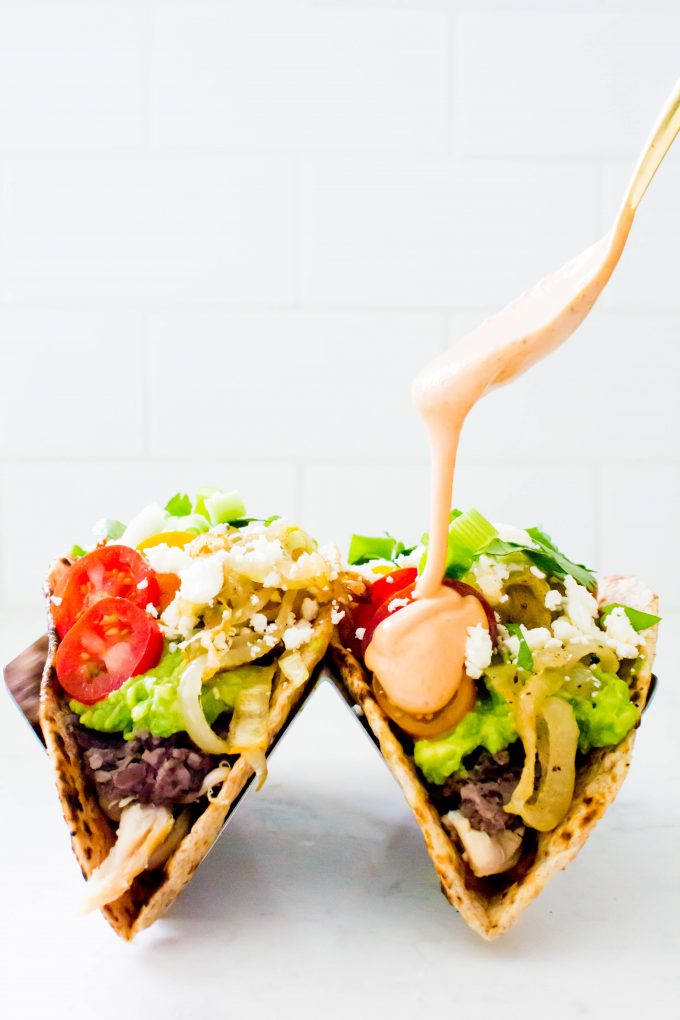 i <3 tacos.  Which is a) why i wrote that post on how to eat tacos for every meal in Houston and 2) why we’re here again talking about tacos.

Growing up my grandma would make a 7 layer dip and this recipe is pretty much that dip in taco form.  If someone could make a spinach artichoke dip taco, please mail me one because I would very much like to try it. 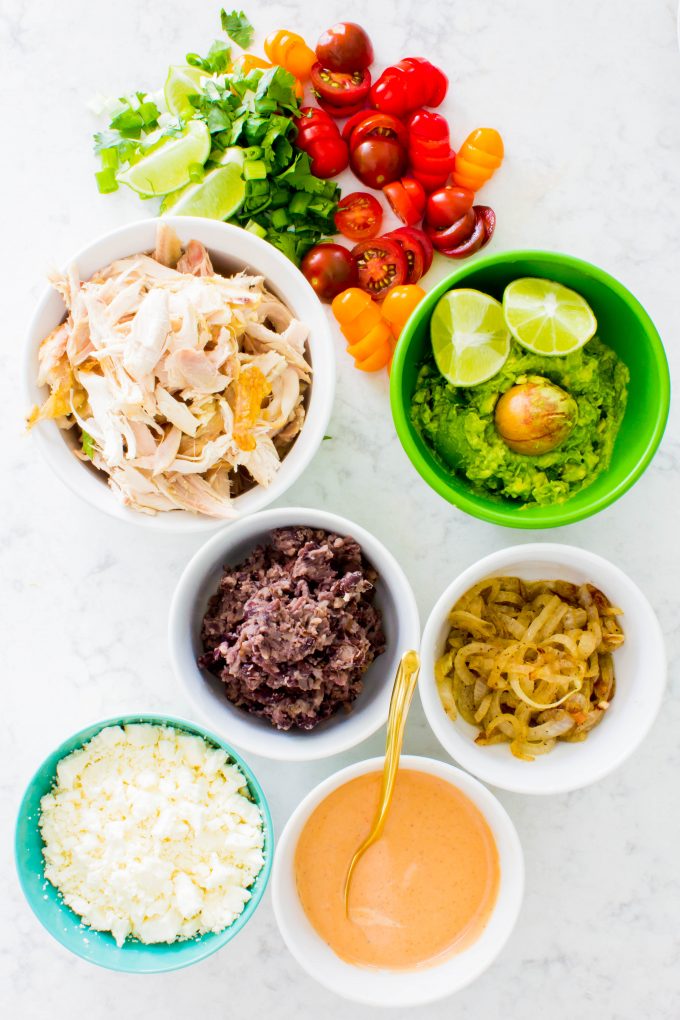 This isn’t really even a recipe.  It’s more of an idea, which is just how I like recipes.  I like recipes for inspiration, but not to follow down.to.the.last.detail.  Whenever I have to follow a recipe I feel like I’m being suffocated.  Last year I ended up on a media trip for a food company and I was surrounded by Type A dietitians and we had this “fun” activity of being in a culinary school kitchen an preparing recipes together.  I thought I was going to lose my freaking mind.  And I did semi-lose my freaking mind because I ended up walking out of said “fun” activity and driving home early.  I don’t like being told how to make food (omg.  I would be the worst fit for culinary school.)

In my defense they were VERY diet-y dietitians I was surrounded by and I couldn’t stand to be around them for a millisecond more.  If you were me, you would’ve done the same!

The worst moment was when one of the dietitians mentioned that when she’s pregnant she must let everyone around her know asap because since she’s a dietitian she doesn’t want anyone to think she is “getting fat.” God forbid you gain weight when you’re pregnant or even when you’re not pregnant.  That’s about the moment I lost my mind and walked out.  Diet mentality is EVERYWHERE.  Especially among dietitians, which can suck when I’m at events with other dietitians.  I should carry around copies of how to be okay gaining weight or why not to go on a diet this year.  I’d never actually do that.  I’ll just passive aggressively tell you about things that annoy me.  Sorry if that annoys you.

That was a random story.

Moving on to Tacolandia. 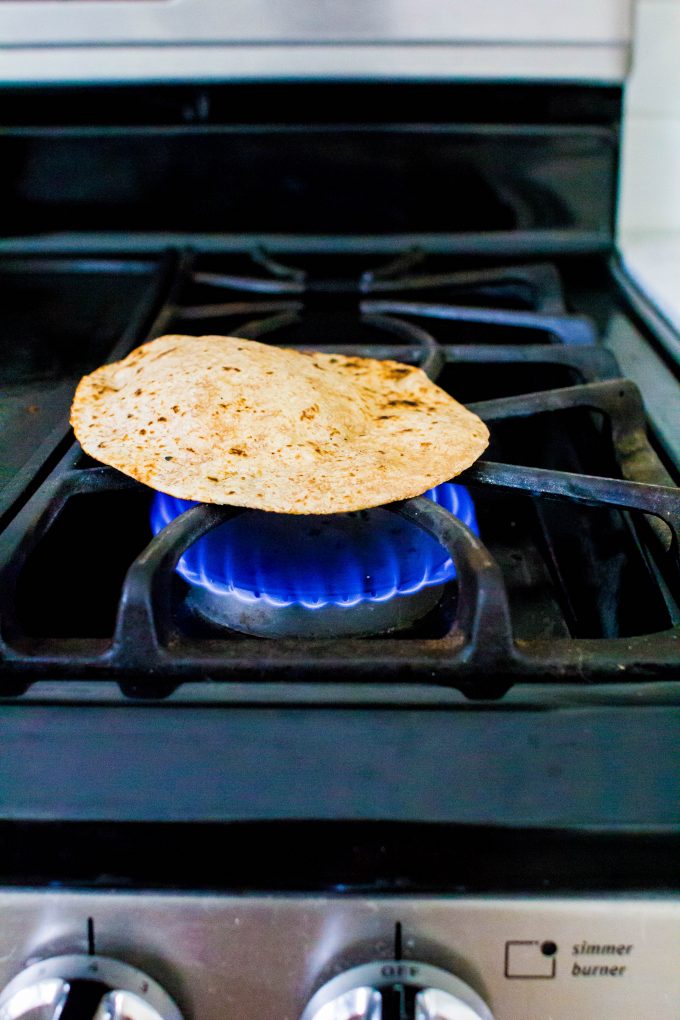 The very best way to heat a tortilla is just like the above photo (i’m sure I learned that heating technique from Jessica).  The tortilla gets warm and puffy and crispy.  I’m telling you, it’s everything you want to pile toppings onto. 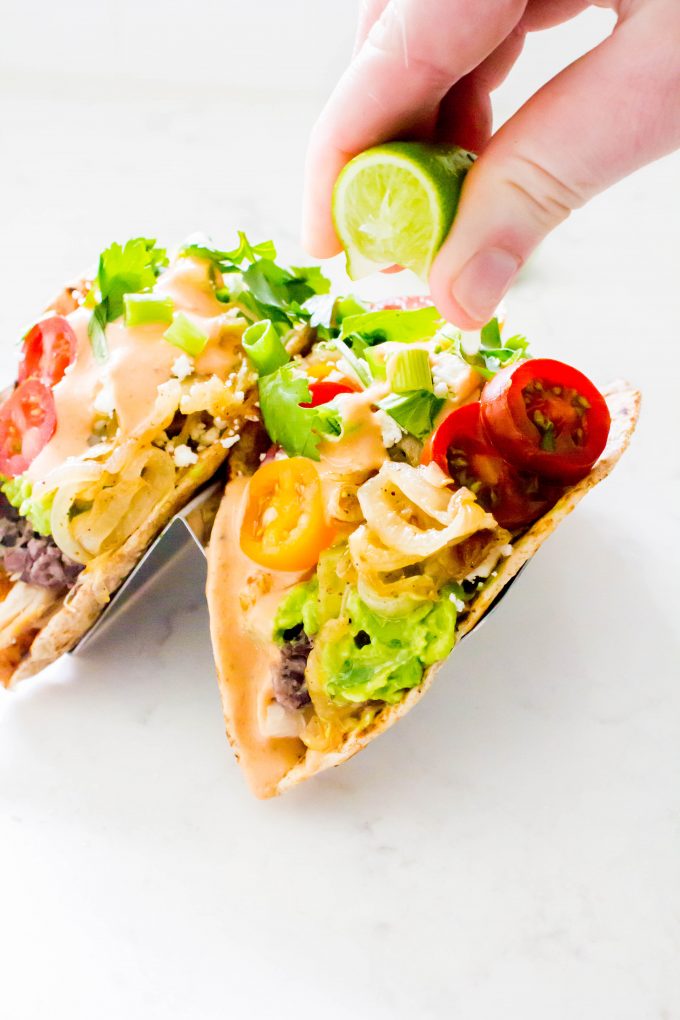 When you think about it, tacos are pretty much a topping boat.  What a joyful thought.

If there are other toppings your heart is leading you towards, follow your heart.  The toppings options are SO VAST. 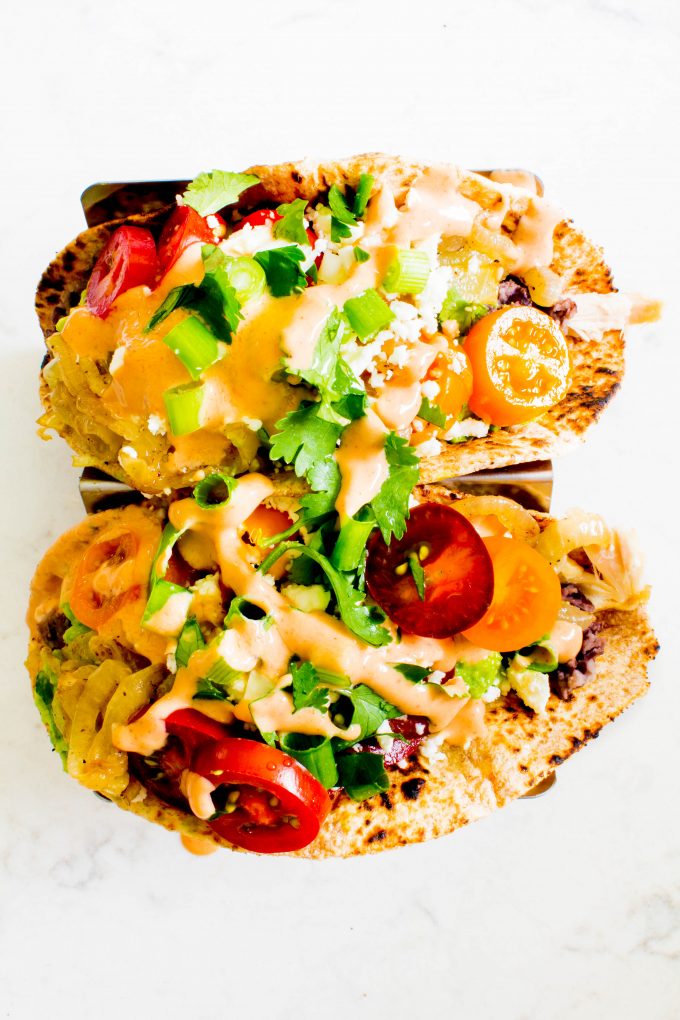 (pssst.  if you can find radishes in your grocery store, you should totally thinly slice them and top the tacos with them.  that would make these the prettiest.  the radishes at my grocery store were MIA this week.) 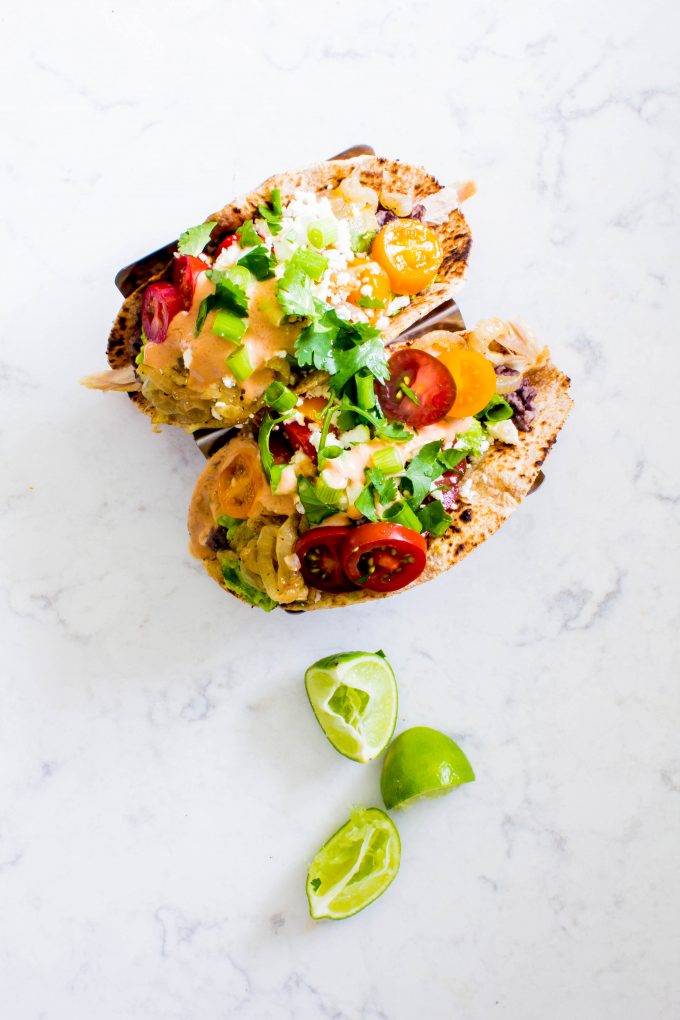 Layer all the layers in a warm tortilla. 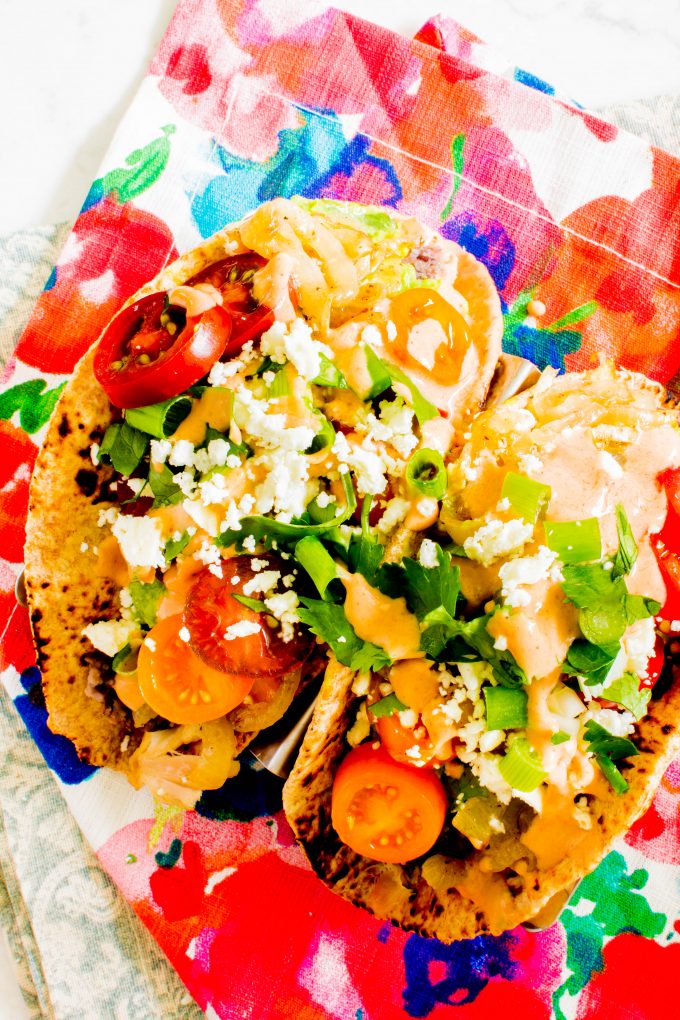 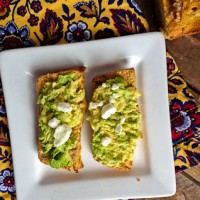 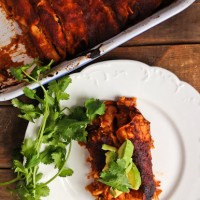 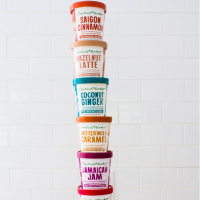 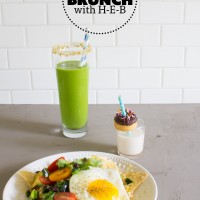