Cornbread enthusiasts unite (cue the emoji with the two dancing girls in those black leotards)! 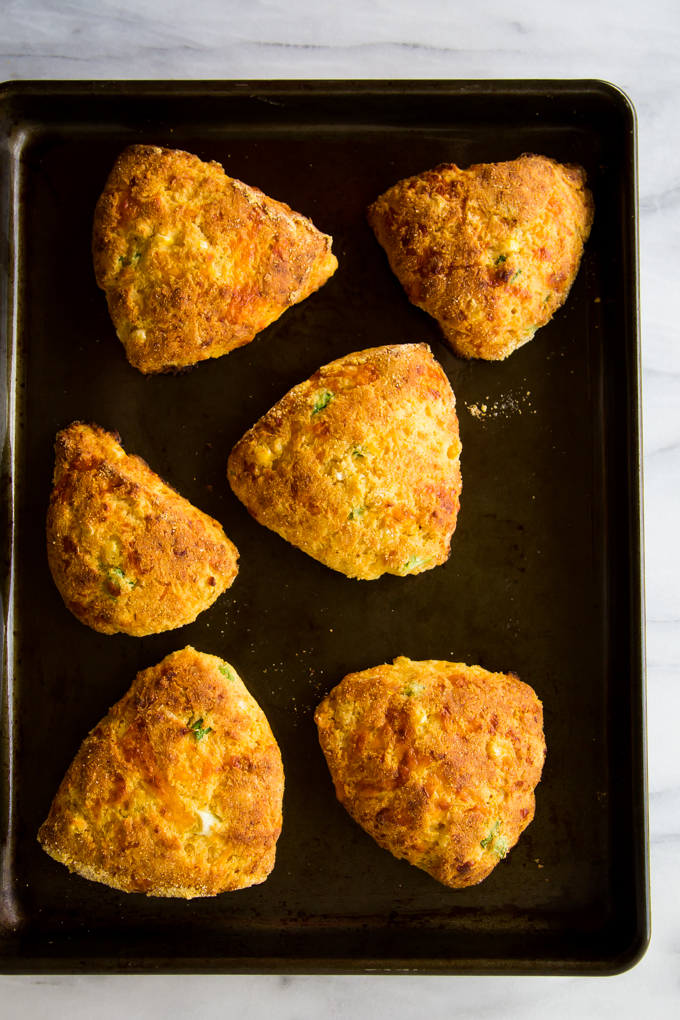 I know I’m not alone in my cornbread LOVE, so this is for all of us.

In my cornbread eating experiences, I’ve learned that a generous amount of cheese and some corn kernels does wonder for a skillet of the golden goodness.  And then cornbread does wonders for a bowl of chili, which proves the point that cheese is the key to all good things.  Agreed? Agreed. 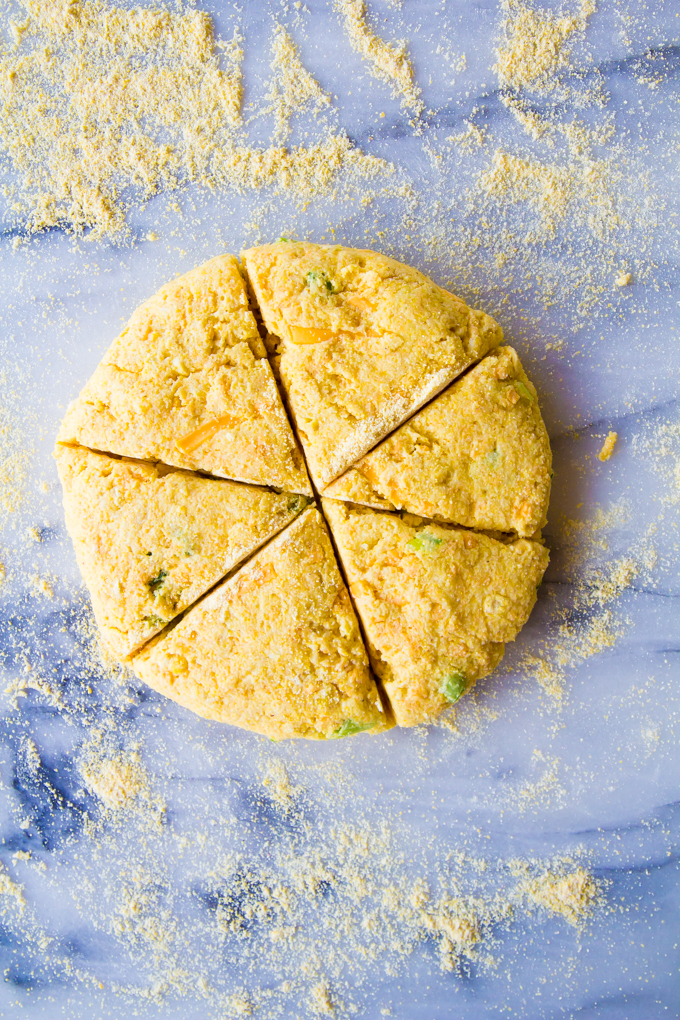 I would say it’s hard to beat cornbread made in a cast iron skillet, but there’s a BBQ place just outside Houston that makes these insane cornbread muffins.  They’re not big and fluffy with wonderfully overwhelming muffin tops, instead they’re shorter and muffin top-less.  But the inside of the cornbread muffin is where that cornbread beats out skillet cornbread.  The inside of those muffins are so intoxicatingly moist and the outside is crispy and the whole thing is dreamy.

With variations of the classic turning out so fabulously, why stop at skillets and muffin trays filled with cornbread?  There’s other things to cornbreadify, people!  What about scones and biscuits and anything else bready?

We’ll start with scones.  These scones. 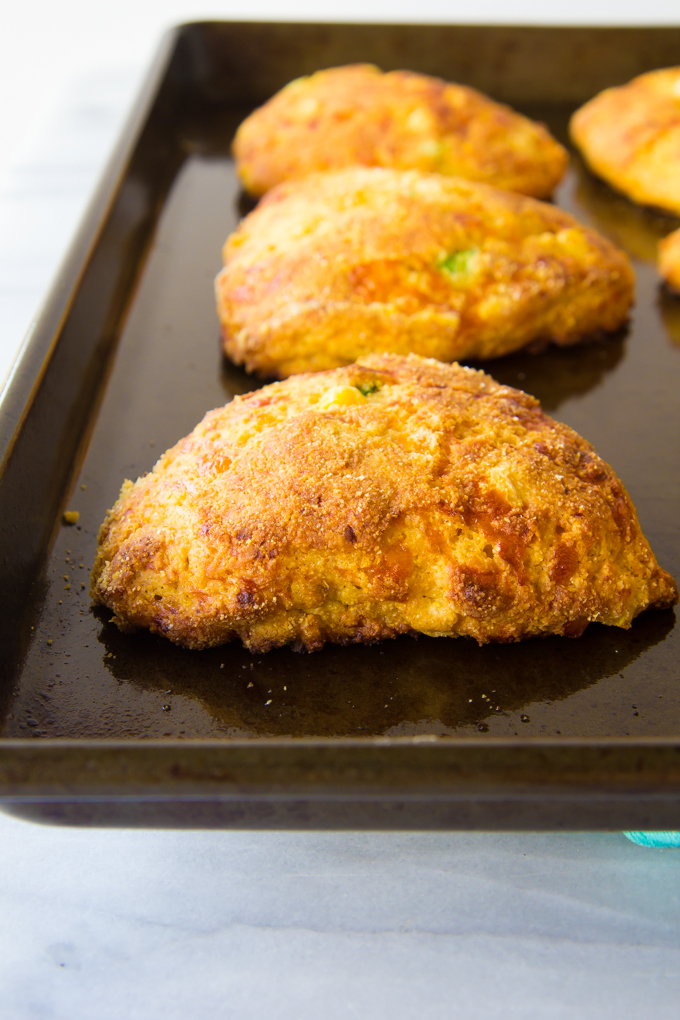 Made with plenty of sharp cheese & scallions.  It’s practically like baked potato toppings stuffed into cornbread scones.  I didn’t add bacon or sour cream, which would complete the baked potato theme, but this will do just fine.

I tend to have a propensity for stuffing things inside of things.  I can’t help it, I like things with a filling.  For instance, this weekend my sister brought over a variety of desserts from an Italian place for a get together we were having.  We ate quite a few, but a couple cannoli’s were left over.  Before I went to bed I promptly ate just the whipped cream out of the center of one.  What can I say, I like fillings (probably because they’re usually sweet and creamy). 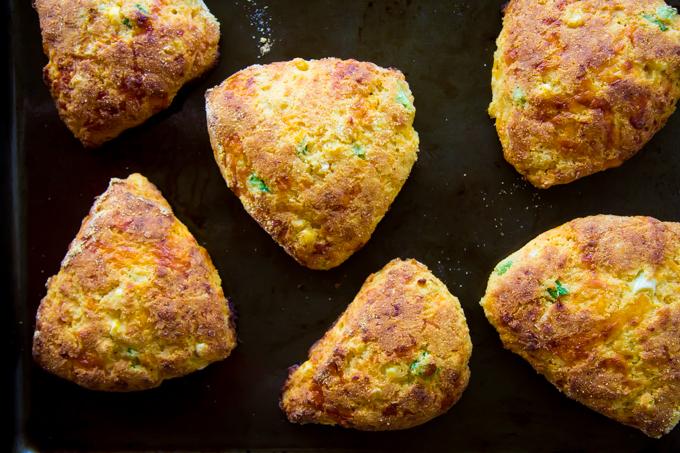 But back to savory scones.  I highly recommend that if it’s snowing where you live, you should make these and serve them with a big bowl of chili.  And then for dessert…

…all my products (black bean brownies, cookie dough ebook and single serving cookie ebook) are 50% off until tonight at midnight! Use the discount code: AllTheNoms. 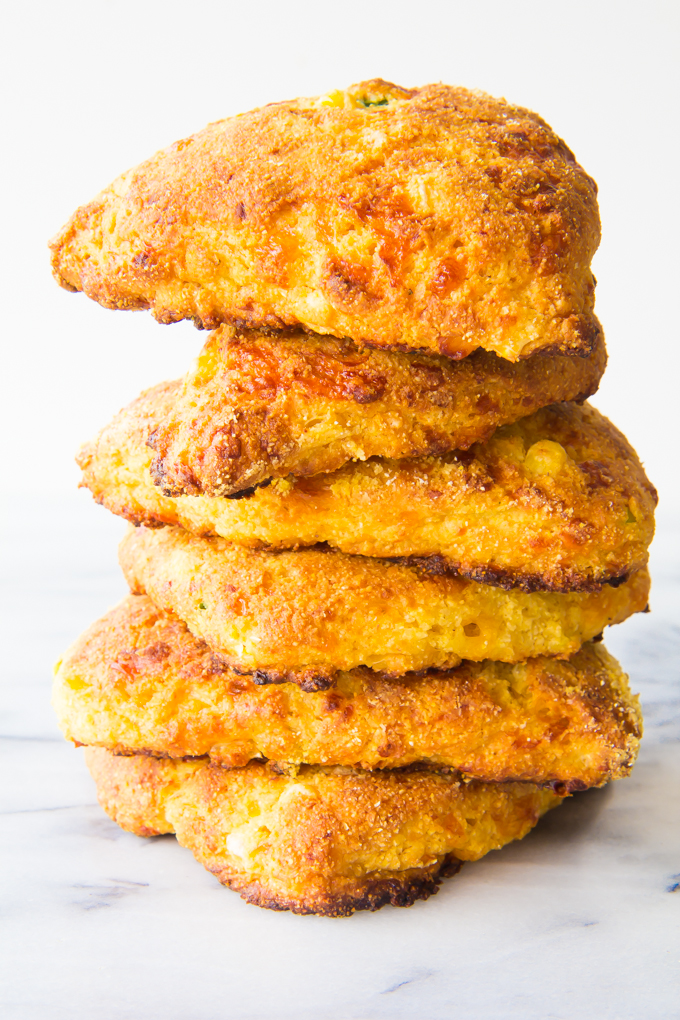 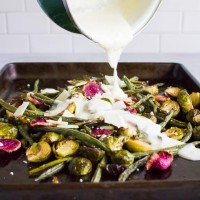 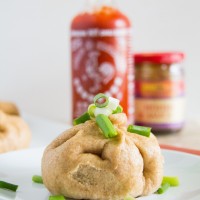 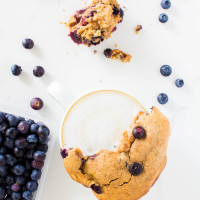 Almond Butter Blueberry Muffin for ONE 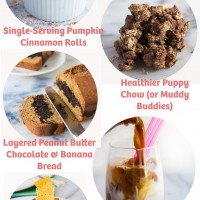